by Holly Gainer
The first study to evaluate whether differences between men and women in the risk of stroke varies by race and age found that some risk factors were more important for white women than white men, but the risk factors for black women and black men had similar associations with stroke risk. 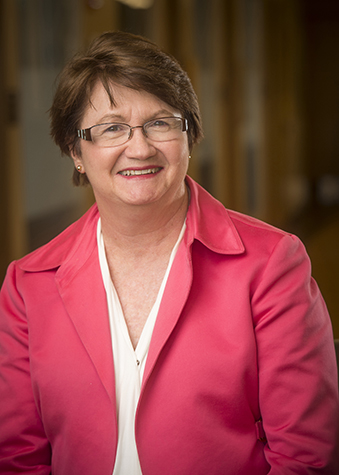 Virginia Howard, Ph.D.A new study found that, between the ages of 45 and 74 years, white women were less likely to have a stroke than white men, but at age 75 and older, there was no difference in stroke risk between white women and men. In contrast, the study found that black women were at lower risk of stroke than black men only until age 64, with a similar stroke risk in the age group of 65 and older, according to a study published today in JAMA Neurology.

The study examined the risk of stroke based on sex, race and age. Researchers believe it is the first study to evaluate whether the stroke risk in men and women is similar for white men and women compared to black men and women.

Lead study author Virginia Howard, Ph.D., professor in the Department of Epidemiology in the School of Public Health at the University of Alabama at Birmingham, says the findings suggest African-American women would benefit from preventive measures at an earlier age than white men and women and black men.

The study also examined the association of several stroke risk factors between African-American men and women and white men and women after adjustment for age.

“For whites, there were differences by sex in the association of diabetes, blood pressure, antihypertensive medication use and heart disease with stroke risk,” Howard explained. “In whites, after controlling for other risk factors and socioeconomic factors, diabetes, higher systolic blood pressure and history of heart disease increased the stroke risk more for women than men. Also, in whites, use of antihypertensive medications conferred lower stroke risk in women than men. For blacks, there was no evidence of a sex difference for any risk factor.”

Howard says an important aspect of the study is that it reminds people that stroke is a preventable disease in all race, sex and age groups, but the strategies to prevent stroke may need to be targeted in different ways.

“We hope this will encourage people and their primary care physicians to have more discussions, and to ‘target’ their discussion on risk factors of more importance to the patient — about stroke risk factors and what can be done to prevent the risk factor from occurring,” Howard said. “Or if someone already has risk factors, the discussion can be geared toward better management and control of risk factors. This is true across all race-sex-age groups.”

The researchers analyzed 25,789 participants who were 45 years old and older from across the nation. The participants are all part of the Reasons for Geographic and Racial Differences in Stroke, or REGARDS, study, a federally funded study based at UAB.