by Holly Gainer
In partnership with community members, researchers at UAB created the first culturally based protocol for patients living with a serious illness or facing end-of-life care. 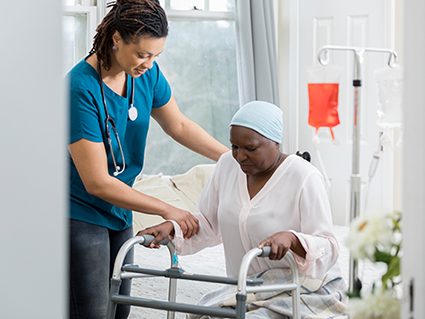 “End-of-life care values in the United States are historically rooted in values that represent the cultural and religious values of the white middle class, values that often do not apply, or even contradict, the values of people of different cultures or ethnicities,” Elk said. “Lack of respect for cultural differences may compromise care for seriously ill minority patients. Until recently, culturally appropriate models of palliative and end-of-life care have not been available in the United States.”

The Advisory Board members included those who had cared for a loved one living with a serious illness or had been a caregiver to a loved one who had recently died, community leaders, and hospital staff, with equal numbers of African American and white members. Developing the protocol took three and a half years of monthly meetings.

“This is the very first study that has developed a program based on African American and white rural Southerners’ cultural values and was created by community members. It is a model that can be replicated for so many other programs that want to understand and respect what people in underserved communities value,” Elk said. 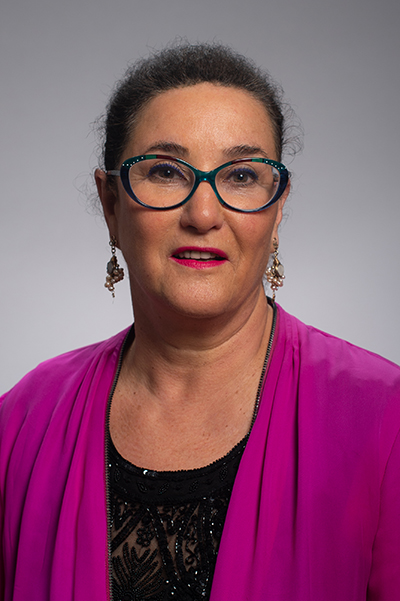 Ronit Elk, Ph.D.Elk is mentoring other palliative care physicians in Ghana, Puerto Rico and, next year, South Africa, in using this model in their countries. Since the paper has been published, researchers across the United States have contacted Elk to find out how they can replicate it in other minority populations.

Gardenia Simmons-White, a member of the Community Advisory Board, says working with the advisory group and learning of each other’s beliefs helped them create the protocol and form a mutual respect of each other’s cultures.

“When you take care of people, you care for people of all different nationalities and beliefs, and you have to understand that everyone has different beliefs,” Simmons-White said. “You have to understand that everyone’s culture is different, and it is especially true of how African Americans and Caucasians react to end-of-life diagnoses. We need to know each other’s cultures in order to ask questions and not have stereotypical beliefs. And we need to understand our history in order to have respect.”

“This is an example of what is possible when health care providers truly listen to the voices of  underserved or underrepresented groups, and build health care programs based on those communities’ cultural values and preferences,” Elk explained. “We are now conducting a randomized controlled trial to test the efficacy of this culturally based intervention in three Southern rural hospitals in three states: Alabama, Mississippi and South Carolina.”

Other authors of the paper include Marie Bakitas, DNSc, a professor of nursing at the UAB School of Nursing; Linda Emanuel, M.D., and Joshua Hauser, M.D., of Northwestern University; and Sue Levkoff, Sc.D., of the University of South Carolina.

Visit the Health Equity website to read the protocol and learn more about the study.