by Jim Bakken
Experimental drugs, while still years away, move closer to human clinical trials in the treatment of Parkinson’s disease 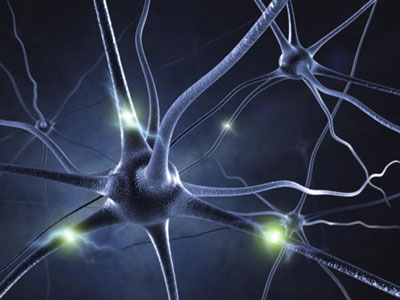 For decades, patients with Parkinson’s disease (PD) have had the same experience. Their hands start to shake uncontrollably, their limbs become rigid and they lose their balance. Years before those movement problems set in, many begin struggling with fainting, incontinence, sexual dysfunction, anxiety and depression. Most patients are still treated with a 42-year-old drug called L-DOPA, which temporarily staves off symptoms but can itself cause heart arrhythmias, stomach bleeding and hallucinations.

This punishing experience may explain in part why patients with PD die at twice the rate of those without the disease in the years after their diagnosis. In this light, it’s best to tread carefully when talking about early study results that promise something better. That said, a team of researchers at the University of Alabama at Birmingham is excited.

The team has identified a set of experimental drugs called LRRK2 inhibitors that may go beyond symptom relief to directly counter the inflammation and nerve cell death at the root of Parkinson’s. At least, these effects have been suggested in mouse and cell culture studies meant to approximate human disease. UAB researchers reported on these findings today in a presentation at Neuroscience 2012, the annual meeting of the Society for Neuroscience in New Orleans.

“We don’t yet know what percentage of patients might benefit from LRKK2 inhibitors, but LRRK2 is without a doubt the most exciting target for neuroprotection to have ever been identified in Parkinson’s disease,” says Andrew West, Ph.D., associate professor in the Department of Neurology within the UAB School of Medicine, who gave the presentation at Neuroscience 2012. “We will repeat our experiments many times before drawing final conclusions, but our ultimate goal is see our compound or something like it enter toxicology studies, and ultimately, clinical trials as soon as is prudent.”

While West’s compounds are promising, they still face many crucial tests that will decide whether or not they reach human trials. But the field is excited, because this is the first time such a drug target has been found for any neurodegenerative disease. Along with evidence that LRRK2 plays a crucial role in the mechanisms of Parkinson’s disease, it is a protein kinase, the same kind of enzyme (although not the same one) that has been safely and potently targeted by existing treatments for other diseases, including the cancer drugs Herceptin, Tarceva and Erbitux.

LRRK2 stands for leucine-rich repeat kinase 2. Kinases are enzymes that attach molecules called phosphates to other molecules to start, stop or adjust cellular processes. Past studies found that the most common LRRK2 mutation, called G2019S, makes LRRK2 slightly over-active. The idea is to dial LRRK2 back with drugs.

Whether it’s a bad version of a gene, an unlucky flu infection, a head injury or just age, something makes a protein called alpha-synuclein build up in the nerve cells of Parkinson’s patients, contributing to their self-destruction. Unfortunately, alpha-synuclein and proteins like it are not part of a traditional set of “drug-able” targets. Once alpha-synuclein builds up, the question becomes whether the brain will handle it well or amplify the disease.

LRRK2, to West’s mind, is a critical decision-maker in the body’s answer to that question. He thinks it operates at the intersection between alpha-synuclein, neurotransmission and immune responses, which fight infectious diseases but also create disease-related inflammation when unleashed at the wrong moment, or in the wrong place or amount. Not everyone who has a LRRK2 mutation develops the disease, but West’s team thinks it becomes important when combined with other factors.

Past studies have shown that alpha-synuclein build-up in nerve cells activates nearby immune cells of the brain called microglia, and that these microglia express high levels of LRRK2. Recent cell studies in West’s lab suggest that mutated, overactive LRRK2 strengthens inflammatory responses in microglia and that inhibiting LRRK2 reduces them. Preliminary data also suggests LRRK2-driven inflammation raises the rate of nerve cell death. It’s worth noting, however, that neither these mechanisms nor their relationships with each other and Parkinson’s disease have been fully confirmed.

“The beauty is that we don’t necessarily need to confirm an exact mechanism to move drugs into clinical trials,” says West. “One could argue that human PD is too complex to fully model in other animals. Many predict that we will not know if we understand Parkinson’s disease until we get safe, potent, specific drugs into human studies and until one of them halts or reverses the disease process.”

Toward a new treatment

In West’s view, the perfect drug would get past the barrier that keeps toxins (and many drugs) in the bloodstream from entering the brain, and then past the proteins that pump toxins out of the brain if they slip through the first barrier. This ideal drug would have its effect and then clear out of the body in a reasonable timeframe to avoid building up in any one organ. It also would dial down the activity of LRRK2 alone, and only enough to reduce its signaling to normal.

West’s presentation at the meeting described how his team’s lead compound has achieved these goals in some preclinical disease models. Specifically, the team has identified potent inhibitors that affect only LRRK2 in a test involving more than 300 kinases. The researchers have increased the potency of candidate compounds that show good solubility, stability and brain penetration. Moving forward, they will re-test their best compound in the best rodent model, conduct toxicology studies, and then—should all go well—seek permission from the U.S. Food and Drug Administration to start a clinical trial.

While West leads the ongoing UAB effort, Robert Galemmo Jr., Ph.D., leads a group of collaborators at Birmingham’s Southern Research Institute, together with Joseph Maddry, Ph.D., director of the Medicinal Chemistry Department there. Making this research possible have been UAB- and SRI-related entities like the Alabama Drug Discovery Alliance and the Center for Clinical and Translational Science, which supported West’s LRRK2 work with an early pilot grant. The partnerships have allowed UAB researchers to move drugs closer to clinical trials by taking on roles once shouldered exclusively by pharmaceutical companies.

The research also has been funded by private philanthropists within the Birmingham community who are dedicated to advancing new drugs to treat PD. West is the John A. and Ruth R. Jurenko Scholar at UAB, which reflects the Jurenko family’s vital support of this work.