UAB expands research into dystonia with a generous gift from the Joel Johnson family.

The University of Alabama at Birmingham (UAB) has received a $1 million gift from the family of Mrs. Joel E. Johnson, Jr., daughter-in-law of the late Joel E. Johnson, Sr., to enhance and strengthen the dystonia research program at UAB. Dystonia is a neurological movement disorder in which sustained muscle contractions cause twisting and repetitive movements or abnormal postures. 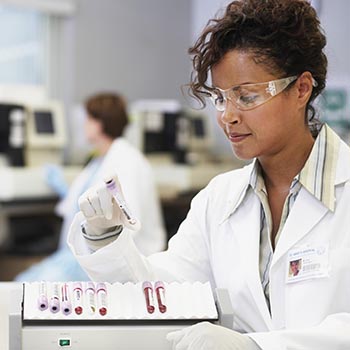 The Joel E. Johnson, Sr., Research Acceleration Fund in Dystonia will support ongoing dystonia research in the Division of Movement Disorders, part of the Department of Neurology.

“Dystonia has several forms and may be hereditary or caused by factors such as physical trauma, infection or reaction to a pharmaceutical, however most cases have no known cause,” said David G. Standaert, M.D., Ph.D., professor and chair of the Department of Neurology. “Treatment is difficult and has been limited to minimizing the symptoms. At present, there is no cure.”

“The Johnsons were very civic-minded individuals, giving of their time and resources to the community,” said Nell Johnson, his daughter-in-law. “This gift will perpetuate their memory as civic, business, church and philanthropic leaders.”

The gift will help UAB create a world-class research program in dystonia.

The grant will also assist in recruitment of pre- and post-doctoral researchers to UAB to train as the next generation of dystonia clinicians and scientists.

“It can take more than a decade for a new therapy to go from the pre-clinical discovery stage to approval by the FDA for widespread use in humans,” said Standaert.  “One of our primary goals is to have as many lines of research going as possible and accelerate the translational process, moving basic scientific discoveries from the laboratory to clinical use as rapidly and safely as possible.”

Standaert said the program will use an integrated team of clinicians and laboratory scientists to reach the ultimate goal of creating disease-altering, neuro-protective and potentially neuro-restorative therapies.

“The UAB Movement Disorders Program has positioned itself to take full advantage of this new knowledge and has made tremendous progress toward reaching our goal of becoming a leader nationally and internationally,” Standaert said. “Furthermore, UAB houses the Center for Neurodegeneration and Experimental Therapeutics, a world-class, state-of-the-art translational research center dedicated to discovering new potential treatments and cures for neurodegenerative disorders, including dystonia.”

Standaert serves as a member of the Scientific Advisory Board for the Bachmann-Strauss Dystonia & Parkinson Foundation, and he has also served as an advisor for the Dystonia Medical Research Foundation (DMRF).

The DMRF suggests as many as 300,000 people in North America have dystonia.