Stroke mortality is down, but the reason remains a mystery

A national group of leading scientists, including one University of Alabama at Birmingham expert, says fewer people are dying of stroke, but the mechanisms remain unknown.


A national group of leading scientists, including one University of Alabama at Birmingham expert, says that for more than 100 years fewer people have been dying of stroke, yet it is still unclear why this decline remains constant. 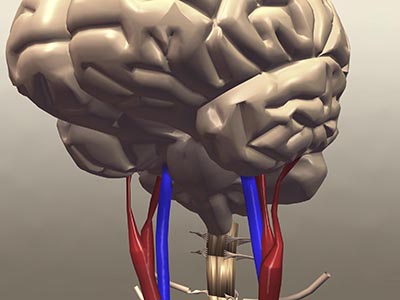 The American Heart Association and American Stroke Association have published a scientific statement, Factors Influencing the Decline in Stroke Mortality, which has also been affirmed by the American Academy of Neurology as an educational tool for neurologists. The statement is published in the AHA journal Stroke.

Stroke is a leading cause of long-term disability and was previously recognized as the third leading cause of death in the United States, according to the National Stroke Association. However, stroke has now fallen to the fourth leading cause of death due to decreases in people dying from it. This has led the Centers for Disease Control and Prevention to acknowledge the decline, and a similar decline in heart disease, as one of the 10 great achievements in public health of the 20th century.

Statement co-author George Howard, Dr.P.H., professor in the Department of Biostatistics in the School of Public Health, explains that, even with these dramatic decreases, there is still more to be done.

“Stroke has been declining since 1900, and this could be a result of changes leading to fewer people having a stroke or because people are less likely to die after they have a stroke,” Howard said. “Nobody really knows why, but several things seem to be contributing to fewer deaths from stroke.”

Perhaps the biggest contributor to the decline, Howard says, are changes leading to lower blood pressure levels, which is the biggest of the stroke risk factors. Other contributors may include reductions in smoking, better treatment of cholesterol, and how people are cared for after having a stroke.

“We don’t know how much all of the sources are contributing,” Howard said. “Certainly, we want it to keep going down; but if we don’t understand why the numbers are decreasing, we can’t work toward that trend.”

Howard says that, in the last 11 years, stroke deaths have declined by 30 percent.


“It’s a big deal, so you could argue that our battle is won,” he said. “But I think we still have a lot to be accomplished in this area.”

Andrei Alexandrov, M.D., professor of Neurology and director of the UAB Comprehensive Stroke Center, was not affiliated with the statement, but says it brings welcome news.

“This likely is attributable not only to better arterial blood pressure control over recent years, but also to a greater number of neurological specialists focused on stroke care across many hospitals in the United States and abroad,” Alexandrov said. “Better early stroke recognition and specialized care can also reduce the risk of dying from stroke.”

Alexandrov pointed out one finding of the statement — the lower death rate among adults younger than 65 years of age — deserves further attention since a large proportion of stroke victims in the southeastern U.S. are young.

“This brings up an interesting question: Should more research resources go toward areas where we’ve seen success, or should they go where differences haven’t been made yet?” Howard said. “I’d say there’s an argument for both.”