Researchers suggest combining a calorie-restricted diet with high-intensity interval training could be a solution for reducing weight regain after weight loss. 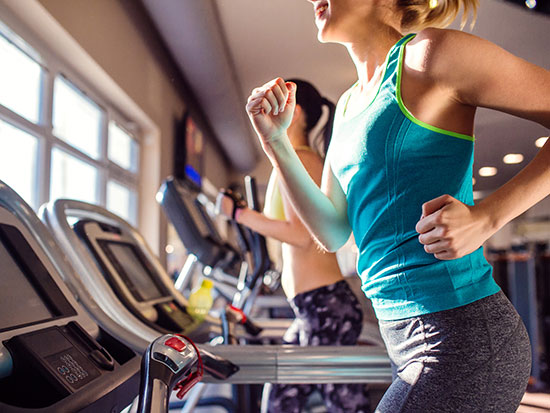 Researchers at the University of Alabama at Birmingham have found that combining a calorie-restricted diet with high-intensity interval training could be a solution for reducing weight regain after weight loss.

“One of the major problems when you restrict calories on a diet is that you lose muscle mass, and as a result, your metabolism slows down to accommodate the restriction of food,” said Eric Plaisance, Ph.D., assistant professor of exercise science in the UAB School of Education Department of Human Studies. “Eighty percent of people who lose weight by dieting gain all of it back in a four- to five-year period.”

Moderate-intensity exercise, such as a brisk walk or dancing, has been shown to reduce the lowering of one’s metabolic rate while restricting calories. In a study published in the August issue of the American Journal of Physiology, Eric Plaisance, Ph.D., principal investigator of the study, and a team of researchers looked at whether high-intensity interval training, or HIIT, could have an even greater effect. The team found that, in the presence of a calorie-restricted diet, high-intensity exercise training preserved muscle mass and had a greater impact on the way the body uses glucose for energy, in mice.

“This study has important implications for how we guide people through weight loss and help them keep the weight off,” Plaisance said. “Being able to maintain weight loss is important to reducing the risk of diabetes, helping to improve blood pressure, and many other diseases and ailments associated with obesity.”

High-intensity interval training is a process in which a person performs near maximal exercise for a short period of time, and then performs two to four minutes of active recovery; for example, if someone is on a treadmill they may go from running to walking. Then, the person performs another cycle of near maximal exercise and active recovery and continues to do so for four to five cycles.

Plaisance says previous research shows that continuous moderate intensity exercise does burn more calories, but further studies have shown that people who perform high-intensity interval training seem to produce the same amount of weight loss doing 20 minutes of exercise as those who do 60 minutes of moderate-intensity exercise.

“The number one reason that people tell us they do not exercise is due to a lack of time,” Plaisance said. “High-intensity interval training takes about a third of the time as a continuous exercise training. If you are going to start a diet where you are restricting calories, these results could help prevent muscle mass and maintain energy expenditure.”

Plaisance is also an associate scientist in the UAB Nutrition Obesity Research Center and Center for Exercise Medicine, where he works to develop novel exercise and dietary strategies to overcome reductions in resting metabolism and subsequent weight regain that occur in the presence of weight loss interventions.