UAB researchers have identified a subgroup of heart failure patients with reductive stress who may be less responsive or even harmed by antioxidants, which could lead to personalized treatment and better outcomes. 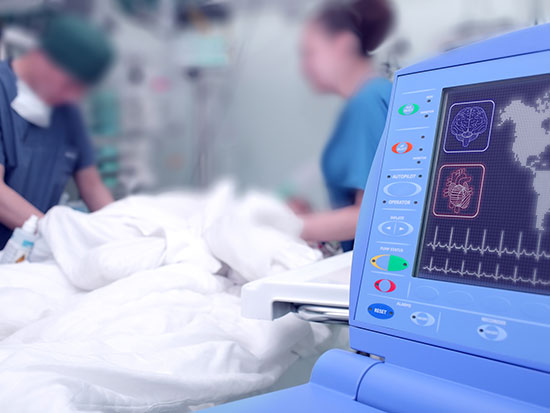 Researchers found that classifying heart failure patients based on the oxidant vs. antioxidant levels in the blood may serve as a predictive tool for guiding personalized antioxidant therapies.For more than six decades, oxidative stress has been linked to heart failure, a progressive weakening of the heart muscle that can lead to death. While antioxidant supplements such as vitamin C, vitamin B and beta-carotene have been widely used in heart failure, they often prove ineffective.

Rajasekaran Namakkal-Soorappan, Ph.D., assistant professor of Molecular and Cellular Pathology, School of Medicine at the University of Alabama at Birmingham and colleagues at the PSG-Institute of Medical Sciences & Research, Coimbatore, India, sought to determine whether some heart failure patients might have reductive stress instead of oxidative stress, and whether that condition and its related mechanisms might help personalize treatment of heart failure patients, resulting in better outcomes.

Namakkal-Soorappan and colleagues Thiagarajan Sairam, Ph.D., and Ramalingam Sankaran, M.D., recruited patients at PSG Hospitals and found that classifying heart failure patients based on the oxidant vs. antioxidant levels in the blood, known as the circulating redox status, may serve as a predictive tool for guiding personalized antioxidant therapies.

Specifically, they found that members of a subgroup of heart failure patients have a hyper-reductive state, called reductive stress, and some have normal redox states. This raises some interesting questions about one of the most prevalent health issues facing Americans today. 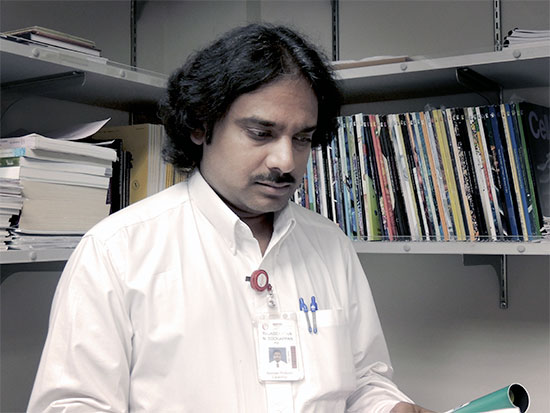 “This finding suggests a strong implication for reductive stress in the progression of heart failure, but the mechanisms are unknown,” Namakkal-Soorappan said.

Namakkal-Soorappan, along with Ivor Benjamin, M.D., and their research team at the University of Utah Department of Medicine, first discovered in 2007 that hypertrophy, or enlargement of the heart, is caused by a chaperone protein, alpha-B-crystallin, that is mutated in cardiac myocytes, the muscle cells of the heart associated with reductive stress.

“The cardiac cells respond to stress by enlarging,” Namakkal-Soorappan said. “Patients who have this genetic mutation develop hypertrophy.”

This enlargement normally occurs when patients are in their 40s or older, as aging usually leads to oxidative stress.

“However, when we closely studied this mutated gene in animal models over their lifespans, transgenic mice developed hypertrophy in six to eight months, which is equivalent to a human being in his or her late 30s, and to our surprise, these mice had excess levels of antioxidants to create reductive stress,” he said. “We thought it could be oxidative because of aging, but it’s not.” We decided to use the terminology of reductive stress — originally named in the 1960s and lately as seen in patients with Alzheimer’s disease, but not often described in pathophysiology of other major human diseases.”

What does this mean clinically?

Though the sample size is not sufficient to make definitive conclusions, it simply means that patients come in diverse forms, though their clinical diagnosis may be the same, and therefore in terms of treatment “one size does not fit all.” Prescribing antioxidant treatment to all may not only not be beneficial, but could result in harm. The good news is that testing for reductive stress is accomplished easily in about two hours with a blood test, says co-senior author Ramalingam Sankaran, dean and professor at the PSG Institute of Medical Sciences & Research, Coimbatore, Tamil Nadu, India. This medical research was generously supported in part by PSG & Sons’ Charities in Coimbatore.

Future steps include a study to screen for reductive stress in several different heart diseases that lead to heart failure, with a long-term goal of conducting collaborative research as part of a multi-site clinical trial, Namakkal-Soorappan says.

“We would like to study a couple thousand patients and screen them for genetic mutations, and analyze for correlations to study how human beings develop this reductive stress,” Thiagarajan and Namakkal-Soorappan said.