by Alicia Rohan
The number of hours of sleep people receive each night may affect their risk of stroke differently based on race, according to a new study. 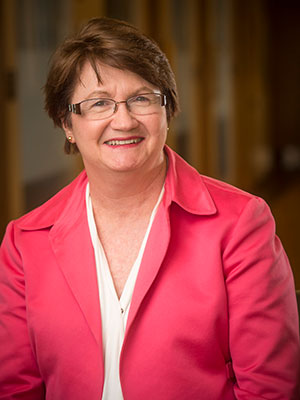 Virginia J. Howard, Ph.D.Getting too little or too much sleep may affect stroke risk in men differently based on their race, according to a new study published in Neurology.

“These results suggest that short and long sleep duration may have different consequences for people depending on race and sex,” said senior study author Virginia J. Howard, Ph.D., a professor in the School of Public Health at the University of Alabama at Birmingham. “More research is needed to determine the mechanisms behind these relationships. In the meantime, this emphasizes how important it is to better monitor and control cardiovascular risk factors in middle-aged to older people who have long sleep periods.”

The study also looked at black and white women, but found that sleep duration did not play a role in stroke risk for either race.

The researchers analyzed nearly 17,000 black and white men and women from across the nation with an average age of 64. The participants had no history of stroke or problems with their breathing during sleep. All of the participants are part of the REGARDS (Reasons for Geographic and Racial Differences Stroke) study, a federally funded study based at UAB. They were asked how many hours of sleep they usually got on workdays and non-workdays, then they were followed for an average of six years to see who had a stroke.

In their analysis, researchers adjusted for other factors that could affect stroke risk, such as smoking status, diabetes and heart disease.