Boomers and Gen X: Are you immune to measles? 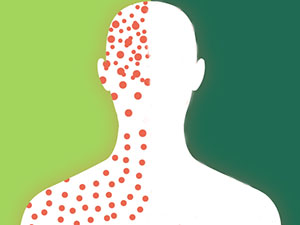 CDC publishes a schedule of all vaccines recommended for adults, which includes the MMR. To see where you can get the MMR vaccine in your community, visit vaccinefinder.org.Cases of measles have been confirmed in 24 states, including neighboring Tennessee and Georgia, so health officials are preparing for when — not if — an outbreak occurs in Alabama. UAB infectious disease and primary care experts urge everyone to know their vaccination status and educate themselves on the dangers of the measles.

Measles is a highly contagious, serious, viral respiratory illness that lives in the nose and throat of infected people. It is spread through coughing and sneezing, and the virus has the ability to live in the air for nearly two hours after an infected person coughs or sneezes. There is no antiviral drug to treat the measles, but there is a vaccine to prevent it. The MMR vaccine protects against three diseases — measles, mumps and rubella — and two doses now are recommended.

The measles vaccination program begun in 1963 was considered to have eradicated measles in the United States by 2000, according to the Centers for Disease Control and Prevention (CDC). But as the anti-vaccine information has spread, so has the risk of being exposed to and contracting measles.

Boomers and Gen X be aware

This is especially true for adults born between 1958 and 1988, says UAB epidemiologist Rachael Lee, M.D. Children born in 1989 or later who participated in a standard vaccination regimen likely received two doses and are 97% immune, she said. Adults born in 1957 or earlier likely were exposed to the disease and have had the measles.

But those in between probably received one dose and may have no or limited immunity. “If you were born between 1960 and 1989 and you got your normal childhood vaccines, you probably only had one dose of MMR,” Lee said.


Here you have two good choices: