No filling, no drilling: An expert’s guide to the top tooth tech of 2022 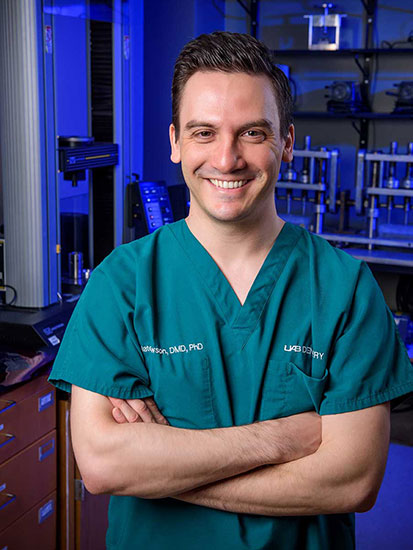 Nate Lawson, DMD, Ph.D.
Photo: NIK LAYMANAre you a daily flosser? Or have you been avoiding the dentist since the 20th century? Either way, here are some major dental innovations over the past decade you should know about, courtesy of Nate Lawson, DMD, Ph.D., associate professor in the UAB School of Dentistry and director of the school’s Division of Biomaterials.

Each of these innovations is available widely, including at the School of Dentistry’s faculty practice clinic and its student and resident clinics.


1. Cavities filled without the drill

“This is one of the neatest things, which just has not made it into the public consciousness yet, for whatever reason,” Lawson said. Resin infiltration is a technique to fill very small cavities — those at an early stage — without drilling away tooth structure. “A clear resin is injected into the tooth and fills in the cavity in order to stop it from getting bigger,” Lawson said.

Resin infiltration is particularly effective at repairing what dentists call “white spot lesions” on the front teeth. These discolored spots, which are cavities, often appear after someone with braces has them removed. “Resin infiltration can stop these from getting bigger and blends the lesions with the tooth for a great esthetic benefit,” Lawson said. “It is a great, conservative treatment. It doesn’t work all the time, but it works a good percentage of the time. And when patients find out about it, they love it.”


2. Fillings that fight back against bacteria 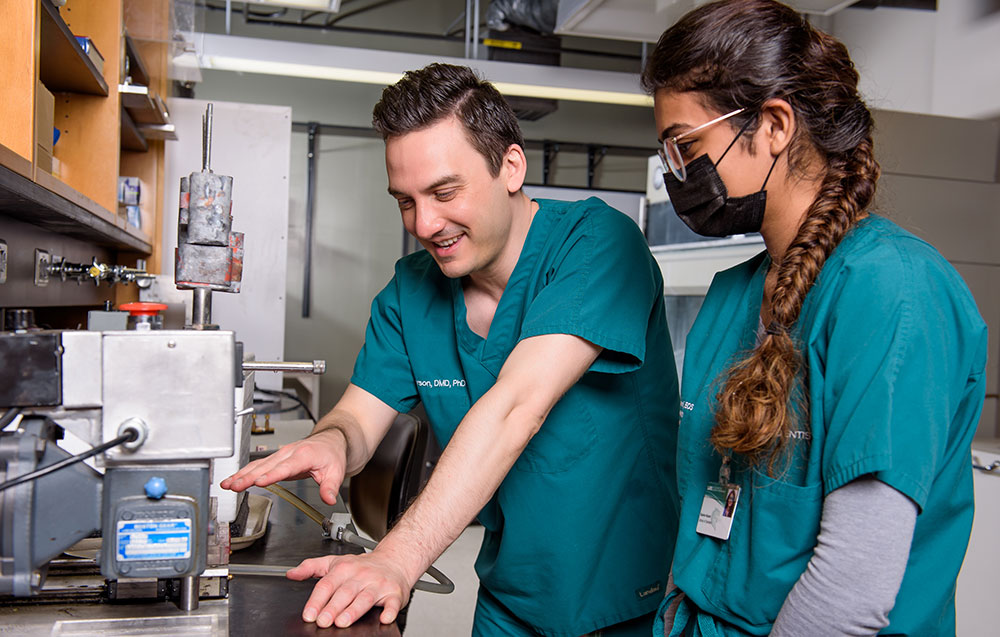 Lawson and a dental resident in the School of Dentistry's materials-testing lab, one of the few such facilities at a dental school in the United States.
Photo: NIK LAYMAN

“The number one reason that fillings fail is you get a new cavity around your existing filling,” Lawson said. “It is already a damaged tooth, and unless you change your brushing behavior and diet, you are more likely to have another cavity.”

That was the claim, but Lawson and his team in UAB’s dental materials-testing facility wanted proof. “UAB is one of the few dental schools in the country with such a facility,” Lawson said. (See box, “Consumer Reports — for teeth.”) “We developed tests to evaluate bioactivity and found that there is some truth to the claims. They are not magic; people still have to limit their exposure to sugar with their diet and remove plaque through brushing. But they are an improvement.” 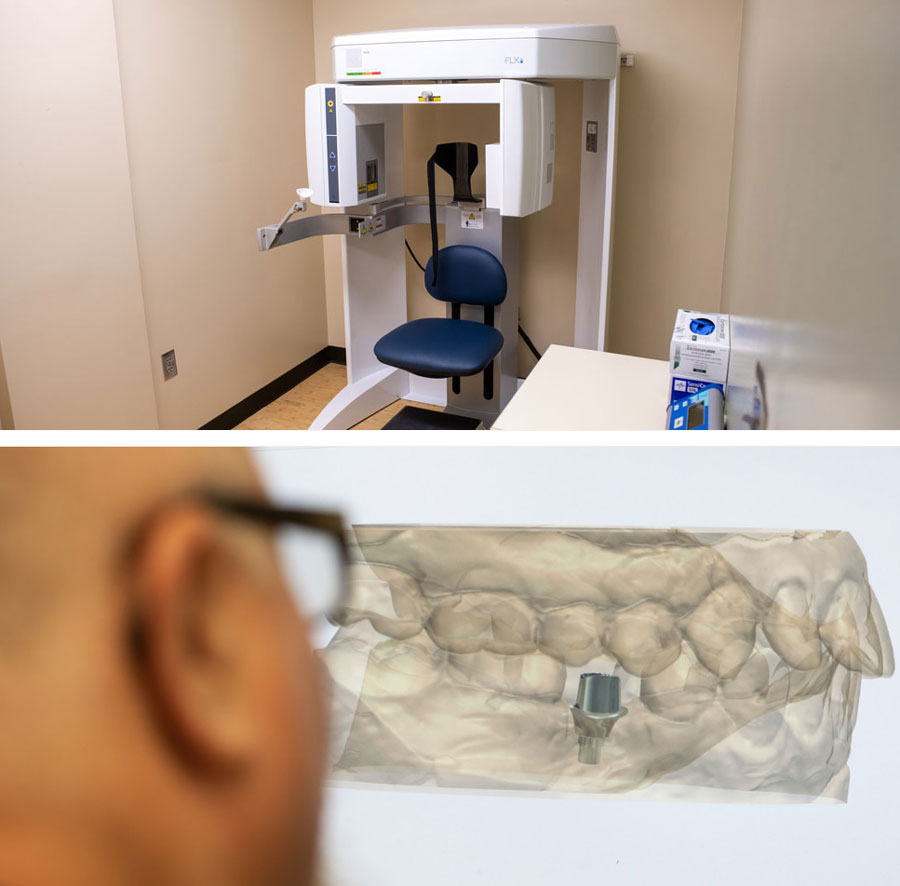 The School of Dentistry's cone beam CT machine (top) produces 3D images that dentists can use to assist in placement (bottom) and fabrication (image below) of crowns and other dental care.
Photos: STEVE WOOD / University Relations


3. Printed while you wait

The traditional two-dimensional “bitewings” X-rays used for annual checkups have limitations, especially when they are being used to position dental implants. “An implant is basically a little screw going into bone,” Lawson said. “Looking at a 2D X-ray, you can figure out how close to the front and back of the mouth that implant should go, but not left and right.” Dentists can now use cone beam CT machines to get 3D images that allow them “to see exactly where that implant needs to go.” Then they can use a 3D printer to create a plastic guide for the tooth, Lawson said. “Instead of a 2D X-ray, where the surgeon would say, ‘I think there’s enough space’ but not know until pulling back the gum, now it is precise.”

Applications for “digital dentistry” are numerous and growing, driven by speed and lower costs. The School of Dentistry has specialized 3D mills and printers in its research area and clinics. In the school’s Orthodontics Clinic, for example, dentists scan a patient’s teeth and can design and produce a retainer on the spot.

Instead of waiting a week for an impression of a patient’s tooth to be milled into a crown at a specialty lab, “you can do a 3D scan and have an in-office machine that makes the crown in 30 to 45 minutes while the patient is in the waiting room,” Lawson said. The current standard for fabricating these crowns is through milling ceramic blocks into crowns. However, new 3D-printed materials are being developed to fabricate crowns in-office. 3D-printed crowns currently in use are not as strong as those made with other materials; but they are convenient, lower cost and “they are getting stronger,” Lawson said. 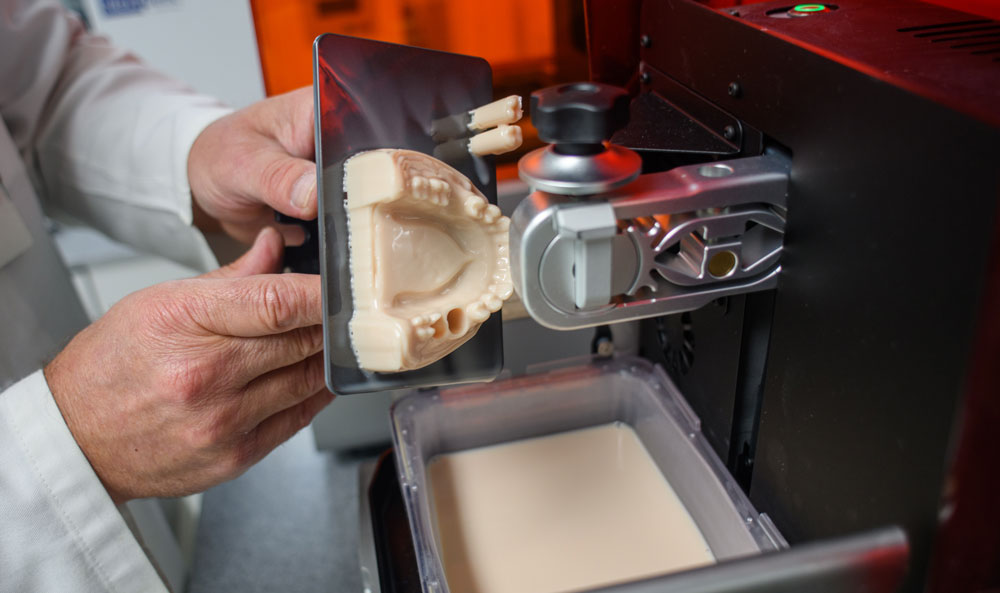 The current state of the art in crown materials is dental zirconia. “I graduated from UAB in 2011, and when I was in dental school, we didn’t do any zirconia crowns,” Lawson said. “Two years ago, half of our graduating students had only done zirconia crowns.”

There are a few reasons for that, Lawson explains. “It is partially due to the patient’s desire not to have any metal in the mouth,” he said. “The previous standard was porcelain covering metal, but it still had a little rim of metal showing. The cost of fabricating metal versus zirconia comes out in favor of zirconia as well. And zirconia is nearly as strong as a metal so that it can be made thinner than other materials, which allows dentists to save more natural tooth structure.”

When zirconia crowns first came on the market, manufacturers would advertise their standing up to a full blow from a hammer. In fact, “there was a fear that a zirconia crown would damage the opposing teeth because it was so strong,” Lawson said.

Lawson runs one of the nation’s few dental materials-testing facilities inside a dental school. “We do independent evaluations of the properties of new materials designed by manufacturers, kind of like Consumer Reports,” he said.

A centerpiece of UAB’s testing lab is an artificial mouth complete with artificial saliva. “We let it grind away, and we were able to measure how much of the opposing tooth structure was lost,” Lawson said. “To many people’s surprise, we found that the zirconia crown was friendly to the surrounding dentition. That result was widely recognized in the profession.”

The lab continues to do “a lot of testing,” Lawson said. “There are new materials always coming out and manufacturers making claims. We can evaluate materials and see if they really have these properties.”