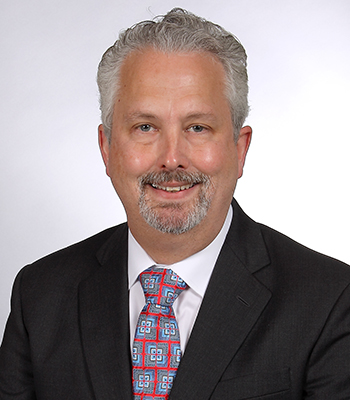 Louis JustementImmunologist Louis Justement, Ph.D., has been named president-elect of the largest coalition of biological and biomedical research associations in the United States, FASEB. After a year of service, Justement will become president of FASEB, also known as the Federation of American Societies for Experimental Biology in July 2020.

“I have worked with FASEB for more than 13 years in various capacities, and it is my greatest honor to have been elected to serve as president of the federation,” said Justement, a professor in the Department of Microbiology. “FASEB is a champion for the biological and biomedical research enterprise and also serves as a guardian to uphold the highest principles and standards for science.”

FASEB, which comprises 29 societies with more than 130,000 members, is the voice for the basic biomedical research community; it makes budget recommendations to Congress in support of the federal agencies tasked with securing America’s health and well-being and offers opinions to Congress on potential legislation and regulations regarding the practice of science and more.

“This is a tremendous honor for Dr. Justement and UAB,” said Selwyn Vickers, M.D., senior vice president and dean of the School of Medicine. “FASEB is one of the most powerful forces for science in America, and I look forward to his leadership in this role.”

At UAB, Justement — in addition to engaging in immunology research and teaching — directs the Graduate Biomedical Sciences Immunology Graduate Theme and the Undergraduate Immunology Program. He will be the second FASEB president from UAB. Richard Marchase, Ph.D., former UAB vice president for Research and Economic Development, became FASEB president in 2008.

Read the full story at uab.edu/news.