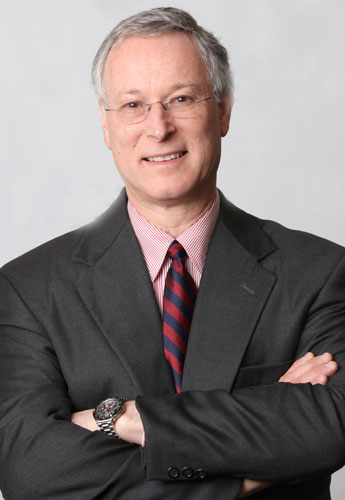 Bruce Korf, M.D., Ph.D.HudsonAlpha Institute for Biotechnology, a nonprofit genomics and genetics research institute in Huntsville, Alabama, in collaboration with the University of Alabama at Birmingham School of Medicine and the University of Mississippi Medical Center, has been awarded a four-year, $10 million grant from the National Institutes of Health to investigate how genome sequencing can help with the diagnosis and care of babies with birth defects and genetic disorders.

The project, “Clinical Sequencing Across Communities in the Deep South,” is part of a network of nationwide sites called the Clinical Sequencing Evidence-Generating Research Consortium, or CSER2, and will enroll infants in neonatal nurseries with birth defects and/or other signs suggestive of a genetic disorder. The project is being led by HudsonAlpha faculty investigator Greg Cooper, Ph.D., together with HudsonAlpha faculty investigator Greg Barsh, M.D., Ph.D.; and Bruce Korf, M.D., Ph.D., professor and chair of the UAB Department of Genetics.

“The previous CSER project allowed HudsonAlpha to develop the infrastructure, knowledge and partnerships needed for genomic medicine,” Cooper said, “and this new phase of work will build directly upon that foundation, particularly in underserved and diverse populations for whom genomics and genetics have not been accessible.”

For CSER2, the clinical sites will expand beyond North Alabama to focus on infants in hospitals in other regions of the Deep South. Regions include the Birmingham area and Jackson, Mississippi, where the project directors are Renate Savich, M.D., division chief of Newborn Medicine, and Brian Kirmse, M.D., associate professor of pediatrics.

“These regional partnerships improve our ability to help children and their families by providing a genetic diagnosis as early as possible,” said Barsh, who brings 20 years of experience as a medical geneticist to the CSER2 team.

“A major goal of CSER2 is to see if we can empower non-genetics-trained health professionals to accurately and thoroughly explain the results of genomic testing to families,” Korf said. “Because of a shortage of trained medical geneticists and genetic counselors, we need new paradigms in order to provide the benefits of genomic testing to more patients and families. The need is especially acute in our underserved populations, where new models of return of genomic results could be very valuable in community hospital settings.”

NHGRI and NCI have partnered with the National Institute on Minority Health and Health Disparities to improve the current processes of recruiting patients to be part of the research, testing and follow-up of study participants from diverse racial and ethnic groups, as well as those from currently understudied clinical health care settings where genomic medicine might be put into practice.

“CSER’s initial goal was more exploratory in nature to see if we could, in fact, integrate genome sequencing with clinical care,” said Lucia Hindorff, Ph.D., MPH, program director in NHGRI’s Division of Genomic Medicine. “The exploratory focus allowed each site to develop its own approach. Working together, CSER sites were effective in identifying common challenges and opportunities to support this integration.”

In fiscal year 2017, CSER2 is awarding the grants to six clinical sites, which includes HudsonAlpha, and one coordinating center. The awards extend for a total of four years. The clinical sites — all with a goal of recruiting at least 60 percent of participants from diverse or underserved settings — boast research that covers geographical areas from the racially diverse populations in Houston, Texas, to the underrepresented minority populations in Harlem and the Bronx.

With the help of the coordinating center, which assures the organization and logistical support needed to identify new synergies that increase the scientific value of the six individual projects, CSER2 will continue to develop and enhance the evidence base required to bring genome sequencing to non-academic centers, as well as to diverse patient groups.