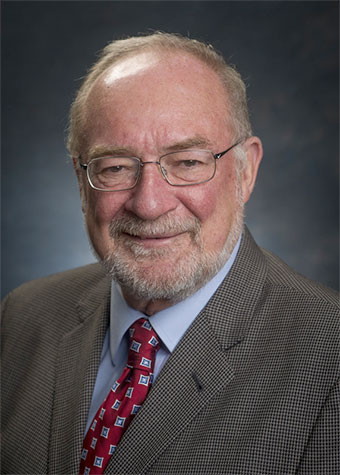 University of Alabama at Birmingham immunologist John Kearney, Ph.D., has been named an American Association of Immunologists career award recipient for 2016. On May 15, he will receive the AAI-BioLegend Herzenberg Award and give the award lecture at the AAI annual meeting in Seattle. He also will receive a $5,000 honorarium.

Kearney was selected for “outstanding research contributions to the field of immunology in the area of B cell biology,” the AAI says. Kearney, a native of Orroroo, Australia, wrote his breakthrough paper, “A New Mouse Myeloma Cell Line that Has Lost Immunoglobulin Expression but Permits the Construction of Antibody-Secreting Cell Lines,” in 1979. This foundational study to help create optimal monoclonal antibodies has been cited more than 1,800 times, according to Google Scholar.

Kearney did his monoclonal antibody work while on sabbatical in Germany with the noted immunologist Klaus Rajewsky, Ph.D. “As I look back,” Kearney has said of his sabbatical year, “90 percent of what I have done can be traced back to the cell line I developed at the University of Cologne.”

Kearney came to UAB in 1973 and has been a full professor in the UAB Department of Microbiology since 1983. In 2013, he presented UAB’s 50th Distinguished Faculty Lecture. The overall research aims of Kearney’s UAB lab are discovering fundamental cellular and molecular mechanisms involved in the development of T and B lymphocytes, the highly specialized defender cells that act in concert to respond to infections.

The AAI-BioLegend Herzenberg Award was established in 2014 by AAI, in partnership with BioLegend Inc., a provider of antibodies and reagents for biomedical research, to honor the late Leonard Herzenberg. In 1970, Herzenberg developed the fluorescence-activated cell sorter that revolutionized immunology and cancer biology.

“I was thrilled to receive this award in honor of Len,” Kearney said. “My relationship with the Herzenberg lab goes way back, and my career in B cell research was influenced significantly by findings from the Herzenberg lab. I always thought Len was the best — both as a human being and as a scientist. Always curious and ready to listen with genuine interest to the work of colleagues young and old.”

“Len Herzenberg was one of the pioneers of modern immunology,” said Frances Lund, Ph.D., the Charles H. McCauley Professor and chair of the UAB Department of Microbiology. “His innovations in the nascent art of flow cytometry led to the widespread use of FACS (Fluorescent Activated Cell Sorting) in both the research lab and the clinic. However, flow cytometry not only requires the FACS machines first developed by Herzenberg but also fluorescently labeled monoclonal antibodies, which could not have been made without the technology and cell line developed by John Kearney.”

“Thus, it is very fitting that John will be the recipient of the AAI-BioLegend Herzenberg Award,” Lund said. “The combined and complementary efforts of these two outstanding immunologists truly revolutionized the field of immunology and paved the way for many of the diagnostic and clinical tests that are used each day at UAB.”