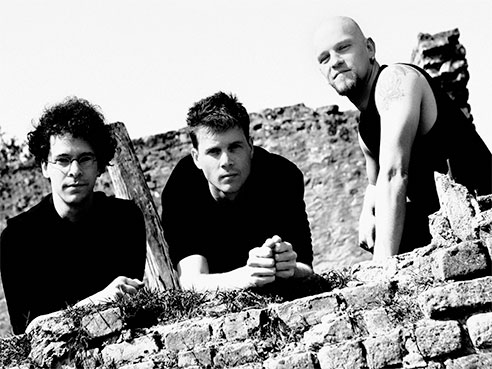 The Thelema Trio, a Belgian new music ensemble, will appear in concert Thursday, April 16, presented by the University of Alabama at Birmingham College of Arts and Sciences’ Department of Music.

The concert will feature new works for clarinet, saxophone and piano by European and American composers and will include a trio composed by UAB Associate Professor of Music William Price. The concert is set for 7:30 p.m. in UAB’s Mary Culp Hulsey Recital Hall, 950 13th St. South. The UAB Jemison Visiting Professorship in the Humanities sponsors the concert. Admission is free and open to the public. For information, call 205-934-7376 or visit the Department of Music online at www.uab.edu/cas/music.

An ensemble that believes in music without boundaries, the Thelema Trio promotes and performs new music from the 21st century and has become a unique voice for many contemporary composers. The trio, clarinetist Rik De Geyter, saxophonist Peter Verdonck and pianist Ward De Vleeschhouwer, explores a wide range of styles and new performance techniques. Trained at the Royal Conservatory of Belgium, the ensemble has performed in Belgium, Italy, Japan, the Netherlands and Peru and throughout the United States.