by Shannon Thomason
Mark your calendar for IndiaFest, with free events happening all month long, including films, lectures, food, dance, yoga and music, including a live outdoor concert by bhangra band Red Baraat. 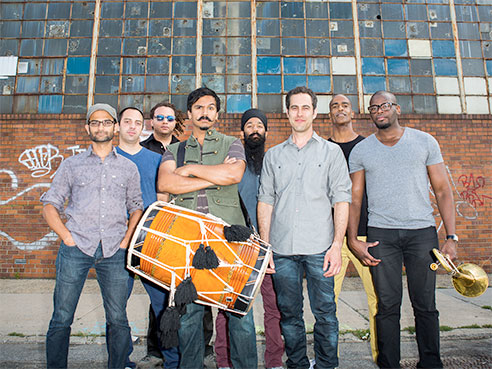 Celebrate the taste and culture of India in April with free festivals, films, lectures, dance and music, including Indian bhangra and funky brass band Red Baraat, at the University of Alabama at Birmingham.

UAB’s Alys Stephens Performing Arts Center presents IndiaFest, a monthlong celebration of India on and off the UAB campus. It kicks off April 2 with Holi, a Festival of Colors presented by the UAB Indian Cultural Association, and a special Holi dinner Sunday and Monday, April 3-4, at Taj India, and continues until April 28, when Notinee Indian Dance performs free at 1 p.m. in the UAB Hospital North Pavilion, presented by UAB’s Institute for Arts in Medicine. All UAB and ASC-presented events are free and open to the public.

More community partners include the Alabama Asian Cultures Foundation, Birmingham Museum of Art, Notinee Indian Dance and Red Mountain Theatre Company, as well as UAB’s Asian American Student Organization and the College of Arts and Sciences’ Abroms-Engel Institute for the Visual Arts and Department of Art and Art History.

On Thursday, April 21, the ASC will present Red Baraat at 7 p.m. outdoors on the Engel Plaza. This unique group has a sound so powerful it has placed the band in its own enviable class. Red Baraat is as likely to throw down at an overheated and unannounced warehouse party in their Brooklyn neighborhood as they are at the Barbican, the Montreal Jazz Festival or Lincoln Center. Leading an audience as diverse and joyful as the band itself, Red Baraat has spun global influence into a new sound and delivered it back as a gift of fusion sound and culture to the world. The Wall Street Journal calls them “A big band for the world.” 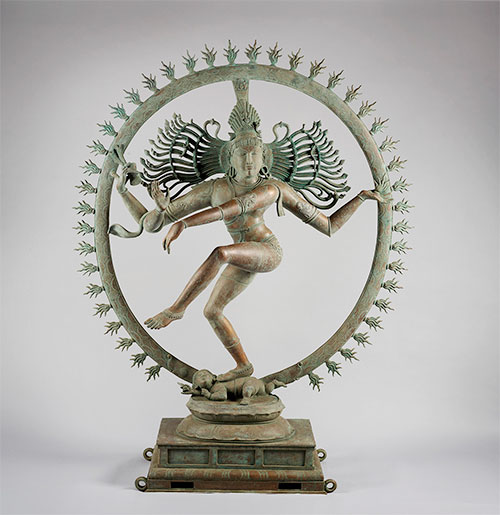 More details about IndiaFest can be found online on the ASC’s website and on the ASC’s IndiaFest Facebook page. IndiaFest sponsors include Jemison Investment Co., Alabama State Council on the Arts, Dora and Sanjay Singh, Mary and Trey Cummings, Rupa and David Kitchens, Vitalogy Wellness Center, and UAB.

Holi – A Festival of Colors, 11 a.m. in UAB’s Mini Park, presented by the Indian Cultural Association of UAB. Free.

Classic Bollywood Film night featuring “Mughal-e-Azam,” 6 p.m. in the Abroms-Engel Institute for the Visual Arts, presented by the Department of Art and Art History. Free.

Classic Bollywood Film night: "Sholay" has replaced “Deewaar” due to technical difficulties, at 6 p.m. in the Abroms-Engel Institute for the Visual Arts, presented by the Department of Art and Art History. Free. "Sholay" is regularly referred to as "the greatest Bollywood film ever made." The film played for five years consecutively at Mumbai’s iconic 1500-capacity Minerva Cinema after its release in 1975. It consistently tops fan and critics’ polls: magazine Filmfare named it Best Film of the Last 50 Years in 2005, and it was No. 1 in Time Out’s 100 Best Bollywood Movies poll in January 2016. 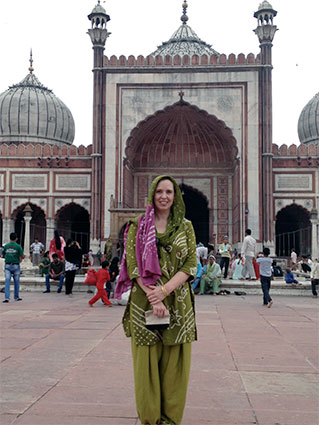 Yoga Lecture with UAB Medicine Professor F. Shawn Galin, Ph.D., noon, at the Alys Stephens Center. Galin will provide an evidence-based overview of the many benefits of yoga to physicians, nurses, health care providers, or anyone curious about the nature and health benefits of yoga. The lecture will cover the philosophical roots of the yoga practice as well as the growing body of scientific data supporting the use of yoga in both self-care practices and its potential in disease treatment regimens. Free. Food trucks will be on-site.

Yoga Community Class, 5:30 p.m., led by Galin, outdoors on the ASC’s Engel Plaza. Join friends and the community for a session of outdoor yoga practice under the sky after work. Bring a mat and towel. Free.

Creativity, Innovation and Entrepreneurship Lecture Series with artist, designer and filmmaker Shantanu Suman, 6 p.m. in the Abroms-Engel Institute for the Visual Arts, presented by the Department of Art and Art History. Free. The Taxi Fabric Project, started by Sanket Avlani, is aimed at creating a space for designers to show off their ideas and talent through the medium of fabric used within the taxis of Mumbai in India. In late 2015, the Taxi Fabric team collaborated with TEDx Gateway (Mumbai) and came out with a series of Taxi Fabrics based on the theme of Design for Social Good. The team contacted Suman to create designs for one of these taxis. Using Indian truck art as the visual theme, he created Keep Distance, a program that promotes road safety in Mumbai while trying to inculcate a better driving culture in the city. The drivers of both the trucks and the yellow-black taxis depend on their automobiles to earn a living for themselves and their families. Inspired by the truck art of India, this design displays messages and couplets instructing the drivers to be safe on the road, and is illustrated with hand-painted type and motifs of birds, floral patterns, beautiful eyes and more. The aesthetic beauty of the taxi itself will act as a constant reminder to its driver to be careful, Suman says. Learn more at www.shantanusuman.com.

An Evening of Short Documentary Films, featuring film screenings with filmmakers Harjant Gill and Shantanu Suman, in conversation with Associate Professor of Art History Cathleen Cummings, Ph.D. 6 p.m. in the Abroms-Engel Institute for the Visual Arts, co-presented by AEIVA and the Department of Art and Art History. Free. To be screened are “Horn Please,” released in 2013 and directed by Suman and Istling Mirche, and “Mardistan (Macholand),” released in 2014 and directed by Gill. Each is roughly a half-hour long.

“Performing Creativity Every Day: The Ephemeral Visual Arts of India,” a lecture by UAB Associate Professor of Art History Cathleen Cummings, Ph.D., 6 p.m. in the Abroms-Engel Institute for the Visual Arts, co-presented by AEIVA and the Department of Art and Art History. Free. 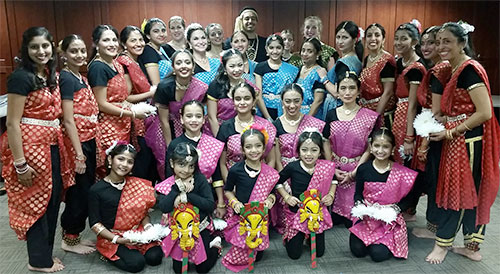 Indian Classical Music, 7-10 p.m., presented by the Birmingham Museum of Art at the BMA. Free.