by Shannon Thomason
For the final performance of the 2016-2017 UAB Piano Series, Esther Park will perform a program of works by Beethoven, Schubert, Debussy and Messiaen. 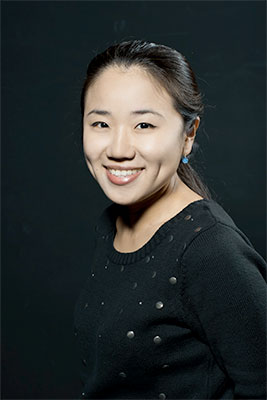 The UAB Piano Series, presented by the College of Arts and Sciences’ Department of Music, brings the world’s finest pianists to Birmingham. Professor of Piano and Artist-in-Residence Yakov Kasman, a Van Cliburn medalist, directs the series.

Park’s performance is set for 4 p.m., in UAB’s Alys Stephens Performing Arts Center, Reynolds-Kirschbaum Recital Hall. Park will perform a program of works by Beethoven, Schubert, Debussy and Messiaen. General admission tickets are $15, $5 for students through grade 12 and UAB employees, and free to UAB students. Call 205-975-2787 for tickets. Call the Department of Music at 205-934-7376 or visit www.uab.edu/cas/music.

She has performed as a soloist with orchestras such as the Houston Symphony, Yale Philharmonia, Corpus Christi Symphony, Filharmonia Pomorska, Poland, Orchestra Filarmonica, Romania, Shanghai Philharmonic, China, Shreveport Symphony, the Juilliard Symphony and the New Jersey Symphony, and in recitals across the United States, as well as Asia and major European cities.

Born in Pusan, Korea, in 1984, Park began to play in public soon after her first piano lessons at the age of 4. She moved to the United States in 1995, after being accepted to the Juilliard School’s pre-college division. Park completed undergraduate and graduate degrees from the Juilliard School, studying with Yoheved Kaplinsky; she has also studied at the Hochschule fur Musik und Theater, Hannover, under the tutelage of Bernd Goetzke, and received her Doctor of Musical Arts degree from Yale. Park received the Artist Diploma and Master of Musical Arts degrees at the Yale School of Music under the guidance of Boris Berman. Park is an assistant professor of piano at East Tennessee State University.