by Bob Shepard
UAB’s Jim Cimino, director of the Informatics Institute, was honored with one of the most prestigious awards in the field of informatics. 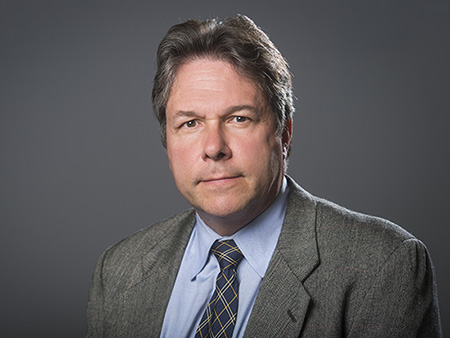 James Cimino, M.D., the director of the Informatics Institute in the School of Medicine at the University of Alabama at Birmingham, has been awarded the 2019 Morris F. Collen Award of Excellence by the American College of Medical Informatics. The award will be presented at the opening session of the AMIA 2019 Annual Symposium in Washington, D.C., Nov. 16-20.

The Collen award is presented to an individual whose personal commitment and dedication to medical informatics have made a lasting impression on the field. The award is determined by ACMI’s Awards Committee and named in honor of Morris F. Collen, a pioneer in the field of medical informatics.

“The Morris F. Collen Award is awarded only to the most distinguished informaticians,” said ACMI President William M. Tierney, M.D., professor and chair of the Department of Population Health, Dell Medical School, University of Texas at Austin. “ACMI is honored to recognize Dr. Cimino for his substantial accomplishments in the field of biomedical informatics. Dr. Cimino has created incredibly useful and impactful tools for health care providers like me to use every day in providing high-quality care. His dedication and passion for improving patient care are truly inspiring.”

Cimino, a member of the prestigious National Academy of Medicine, is a professor in the division of General Internal Medicine, in the Department of Medicine at UAB. He is widely recognized for his research at Columbia University, including desiderata for controlled terminologies, mobile and web-based clinical information systems for clinicians and patients, and a context-aware form of clinical decision support called “infobuttons.” He and his colleagues were instrumental in building one of the first systems that used the web to deliver a clinical information system to health professionals.

His expertise led to his being a major contributor to work on the creation of the National Library of Medicine’s Unified Medical Language System. During his tenure at NIH, he created the Biomedical Translational Research Information System.

Cimino is also a co-editor of the Springer volume Biomedical Informatics: Computer Applications in Health Care and Biomedicine.

Cimino received his Bachelor of Science degree in biology from Brown University and his medical doctorate from New York Medical College.