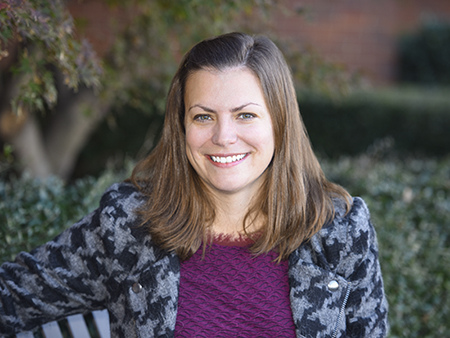 Stacy A. Krueger-Hadfield, Ph.D.Stacy A. Krueger-Hadfield, Ph.D., assistant professor at the University of Alabama at Birmingham, has received an Early Concept Grant for Exploratory Research from National Science Foundation to develop tools for studying microbial evolutionary genetics. NSF EAGER grants are used “to support exploratory work in its early stages on untested, but potentially transformative, research ideas or approaches.”

Krueger-Hadfield teaches in the in the College of Arts and Sciences’ Department of Biology. She and colleagues from Western Washington University and the University of Minnesota aim to develop a novel, single-cell population genetic method, combining the latest in single-cell sequencing and genotyping pipelines for non-model taxa using a species of snow algae — a closely related, single-celled algae that live on snow and glaciers. The team will sample in the Cascades in the western United States.

Researchers believe this project could lead to a breakthrough in the study of the evolution of microscopic life. Many organisms are microscopic and cannot be grown under lab conditions, which makes performing more traditional population genetic field and lab work challenging. By approaching microbial population studies in the field versus artificial lab conditions, Krueger-Hadfield feels that their approach from a population genetic perspective is a more satisfying way to genotype populations.

“These algae change the albedo of the snow, increasing snow melt,” Krueger-Hadfield said. “Thus, we have the dual approach of developing a high-risk, high-reward protocol that will help us understand these algae before their snowy alpine habitats disappear. Thanks to the EAGER, we are looking forward to getting out in the field sampling algae and looking at the genetics of snow algal populations in their natural habitat.”