The American Civil War was the proving ground for the new science of anesthesia in surgery. 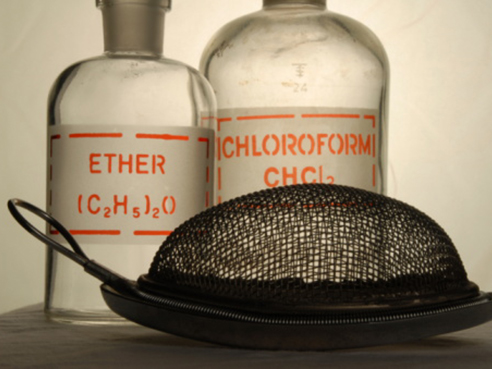 The use of the anesthetic agents ether and chloroform was first described in the 1840s by American physicians Crawford Long, William Morton, William Edward Clarke and James Simpson, but anesthesia was not commonly used by physicians in the United States prior to the outbreak of the Civil War in 1861.

The sheer magnitude of battlefield injuries during the conflict played a major role in establishing the regular use of anesthesia, according to an article in the newsletter of the American Society of Anesthesiologists written by Maurice S. Albin, M.D., a professor in the Department of Anesthesiology at the University of Alabama at Birmingham.

“Prior to the war, alcoholic drinks, physical restraints, opioid drugs and bite blocks were the most typically employed methods of keeping a patient under control during surgery,” Albin said. “It was thought to be unmanly for a male to undergo surgery with an anesthetic, which was usually reserved for women and children. There was even a belief that the use of ‘cold steel’ had a beneficial effect, and it would not cause the depression thought to occur with the use of anesthesia.”

The fury of the war changed all that. Albin suggests that there were more than 120,000 uses of anesthetic agents by surgeons on both sides during the fighting.

“Fortunately for both the Union and Confederate medical corps, many manuals by outstanding surgeons, both national and foreign, were available,” Albin said. “Some of these manuals contained descriptions on the use of these agents. Eminent Confederate surgeon John Julian Chisholm published a manual for battlefield surgery in 1861 that included a chapter on the use of chloroform, and famed surgeon Valentine Mott’s essay on the use of the same agent was available to Union surgeons.”

The mortality rate associated with the use of anesthetic agents was remarkably low. Chisholm stated he never had a single death from chloroform in more than 10,000 uses, while Confederate surgeon Hunter Holmes McGuire claimed to have used chloroform more than 28,000 times with no loss of lives attributed to the agent.

Albin says approximately 15,000 physicians served in the two armies, and were men who had come from diverse educational and medical backgrounds.

“Firsthand exposure to anesthetic agents and techniques, as well as to their side effects and complications, gave these physicians an insight into the world of anesthesia that might never have been possible without this conflagration’s occurring,” he said. “After the termination of this horrendous conflict, these doctors would return to their practices, hospitals and medical schools, all the richer for being exposed to this unique American contribution to the life-easing quality of mercy — the discovery of anesthesia.”

UAB created the world’s first academic anesthesiology history unit in 2002 with the development of the David Hill Chestnut, M.D., Section on the History of Anesthesia. The section is designed to expose anesthesiology residents, fellows, faculty, medical students and the general public to the historical developments behind the progress of anesthesiology as a specialty.