British Consul General Jeremy Pilmore-Bedford says the Marshall Scholarship is the British Government’s most prestigious award for young Americans. It was established by Act of Parliament 60 years ago as a mark of thanks to the American people for Marshall Aid to Great Britain after World War Two. Marshall Scholarships finance up to 40 young Americans of high ability to study for a graduate degree in any field of study in the United Kingdom.

Through this scholarship, Johnson will spend a year studying medical device design and entrepreneurship at Imperial College London. She will begin her studies in October of next year. 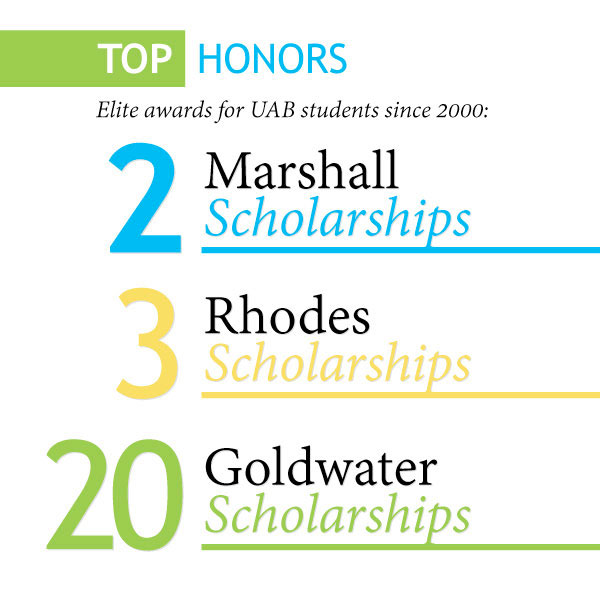 “I can’t put into words how I felt when I learned I was chosen for this huge honor,” said Johnson, a New Orleans native and Hurricane Katrina survivor.

“It’s life-changing. I don’t know how to fully express my gratitude to all those who have helped me make this dream a reality. I was brought to tears at the thought of the huge blessing I received in the close mentorship and preparation assistance I received along the way from so many faculty, staff and administration at UAB. It’s because of all of these people, who I now consider to be family, that I am so proud to be a Blazer and proud to call UAB home.”

The program aims to enable intellectually distinguished American students and develop them into leaders, as well as to contribute to the advancement in knowledge, science, technology, the humanities and social sciences, and the creative arts at the U.K.’s centers of academic excellence.

The scholars are chosen based on academic merit, leadership potential and ability to act as ambassadors from the U.S. to the U.K. and vice versa to strengthen the British-American relationship.

“This award, aside from enabling Ophelia to pursue her interests at one of the world’s leading engineering schools, will give her the opportunity and motivation to develop relationships that will ultimately lead to collaborations between engineers, scientists and entrepreneurs from both sides of the Atlantic that will accelerate advances in medical device technology,” said Iwan Alexander, Ph.D., dean of UAB’s School of Engineering. “Imperial College has a global reach in that industry, and because of that, Ophelia will be able to gain understanding from how such technologies are approved, commercialized and applied in different countries around the world.”

Johnson graduated from UAB with an undergraduate degree in Biomedical Engineering, a joint department of the School of Engineering and School of Medicine. She was also a leader of the National Society of Black Engineers and Tau Beta Pi, an engineering honor society.

She is pursuing a Master of Engineering in Design and Commercialization degree, a multidisciplinary program in which students earn a graduate certificate in technology commercialization and entrepreneurship from the UAB Collat School of Business, in addition to the master’s degree. Her work in London will be a continuation of the medical device design studies she first began in this UAB program.

"Ophelia struck the committee as an incredibly bright and academically accomplished young woman who also showed strong leadership and had a clear idea of how she would build upon what she might learn from her experience in the UK to strengthen the Transatlantic relationship throughout her stay and subsequent career," Pilmore-Bedford said. "We look forward to welcoming Ophelia to the UK next year and know that she will do credit to the long list of accomplished Marshall Scholars that have gone before her." 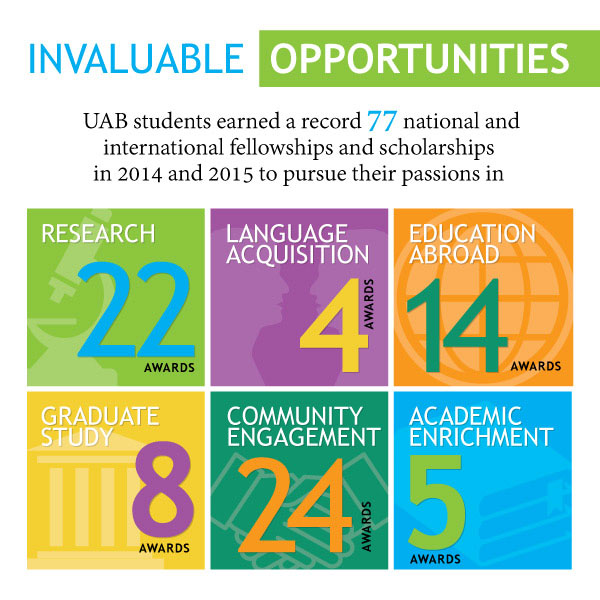 At UAB, she’s already developed a glucometer to help patients take back control of their health, as well as a device that will take vital signs from patients who are too ill to stand and take traditional measurements when arriving at the emergency department.

“I knew I could come in and do research as an undergraduate at UAB, and I knew that’s the path I wanted to start out on,” Johnson said. “UAB gave me that and much more, through hands-on research projects from the day I stepped on campus. Now through the Marshall Scholarship program, I’ll be able to further what I started at UAB through learning more about how medical device design and manufacturing really plays into lowering the cost of health care.”

“This great honor is a direct result of Ophelia’s dedication and hard work throughout her time at UAB,” said UAB President Ray L. Watts. “It’s also a reflection of the university’s investment in promoting students’ fellowship and scholarship opportunities. Our students are among the brightest in the world, and it’s our responsibility to give them the best possible path to success.”

UAB has twice hosted a statewide Marshall Scholarship reception in conjunction with the U.K. consul general’s office in Atlanta to make students throughout Alabama aware of this scholarship opportunity.

Students interested in scholarship and fellowship opportunities like the Marshall should visit the Office of National and International Fellowships and Scholarships, part of the UAB Honors College.