by Shannon Thomason
As a fellow, Shelburne will complete “The Castaways,” a long-form narrative journalism piece about aging men serving life without parole for nonviolent crimes. 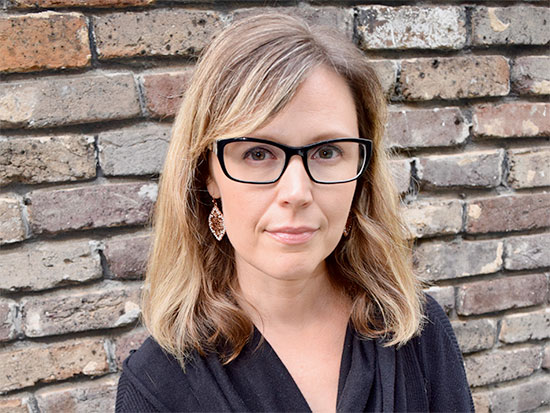 Journalist and writer Beth Shelburne has been named one of 10 PEN America 2018 Writing for Justice fellows.

Shelburne, of Birmingham, is a recent alumna of the University of Alabama at Birmingham, where she earned a Master of Arts degree in creative writing.

As a fellow, Shelburne will complete “The Castaways,” a long-form, narrative journalism piece about a group of aging men in Alabama who are serving life without parole for petty crimes committed decades ago that left no one physically injured. Shelburne will work with Shaila Dewan, national criminal justice editor at the New York Times.

“The Castaways,” the piece Shelburne will work on during her fellowship year, is an extension of the M.A. thesis in creative nonfiction that she wrote under the direction of Associate Professor Kerry Madden-Lunsford, MFA, who directs UAB’s Creative Writing Program.

Shelburne writes the stories that don’t get told, Madden-Lunsford says.

“She explores the disenfranchised whose voices have been silenced by indifference, politics and bureaucracy,” she said. “She approaches her subjects from all angles, interviewing the prisoners as well as the stories of the foot soldiers, from grandmothers to retired prison guards, to activists. Beth is not afraid to be vulnerable, as she crafts the stories of the lives being lived out in Alabama’s maximum-security prisons, opening the doors and windows to the stories locked inside.”

As a reporter for WBRC FOX6 News, Shelburne has worked extensively on the subject of prisons in Alabama. In late 2015, she wrote and produced a documentary, “The Prison’s Professors,” on the history of UAB’s Donaldson Lecture Series. The UAB Donaldson Lecture Series is an innovative collaboration between UAB faculty and staff and staff members from the Alabama Department of Corrections at the William E. Donaldson Correctional Facility. Donaldson is a maximum-security men’s prison in rural Jefferson County that largely houses inmates with life sentences or those classified as violent repeat offenders.

Alison Chapman, Ph.D., chair of the UAB College of Arts and Sciences’ Department of English, met and talked with Shelburne during the production of the documentary.

“I could tell immediately how committed she was to addressing the problem of mass incarceration in this state,” Chapman said. “For her, this wasn’t just a quick news story. Instead, it was about big questions of justice and community.”

The Writing for Justice Fellowship aims to harness the power of writers and writing in bearing witness to the societal consequences of mass incarceration, by capturing and sharing the stories of incarcerated individuals, their families, communities and the wider impact of the criminal justice system. The goal is to ignite a broad, sustained conversation about the dangers of over-incarceration and the imperative to mobilize behind rational and humane policies. As an organization of writers dedicated to promoting free expression and informed discourse, PEN America has been entrusted by the Art for Justice Fund to engage the literary community in addressing this pressing societal issue.

For 20 years, Shelburne has worked as a television news anchor and reporter in several different cities, including San Diego and Boston, and most recently in her hometown of Birmingham. Her broadcast work has been recognized with awards numerous times, including two Edward R. Murrow Awards for excellence in journalism. Shelburne’s recent work in Alabama has focused on issue-based, investigative reporting with a deep interest in exploring criminal and social justice, mass incarceration, mental illness and substance abuse. She is also a SCAD heart attack survivor and an advocate for women’s health.