by Jeff Hansen
These lipids may act as a biomarker for Type 1 diabetes and offer a therapeutic target to prevent the disease. 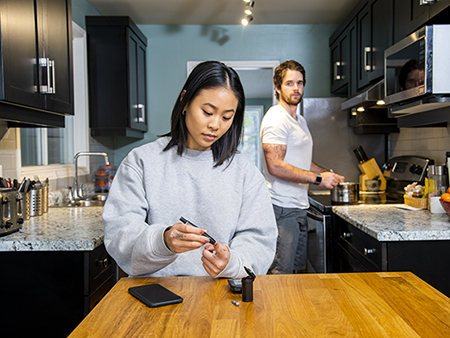 These lipids may act as a biomarker for Type 1 diabetes and offer a therapeutic target to prevent the disease.Type 1 diabetes, or T1D, is an autoimmune disease in which the body’s immune cells — led by inflammatory macrophages — attack and destroy the beta cells of the pancreas that produce insulin.

Researchers have long tried to unravel the signaling that provokes this attack. One of the less-studied forms of signaling is inflammatory lipids.

In a study published in JCI Insight, Sasanka Ramanadham, Ph.D., and colleagues at the University of Alabama at Birmingham, at other universities in the United States and in Greece have identified a proinflammatory lipid profile that precedes development of T1D in a mouse model and in children under the age 15 who are at high risk for T1D.

Phospholipase A2, or PLA2, enzymes can release a free fatty acid from glycerophospholipids. When the free fatty acid is arachidonic acid, it can be metabolized by several other enzyme classes to produce oxidized bioactive lipids, including some potent inflammatory eicosanoids.

One of the phospholipase A2 enzymes is a calcium-independent phospholipase A2, designated iPLA2-beta. Its activation promotes poor outcomes in experimental and clinical diabetes.

Ramanadham and others have shown that iPLA2-beta participates in programmed cell death, or apoptosis, of beta cells, modulating inflammatory polarization of macrophages, and promoting T-cell immune responses.

“In light of these observations,” said Ramanadham, a professor in the UAB Department of Cell, Developmental and Integrative Biology and senior scientist in the UAB Comprehensive Diabetes Center, “we used lipidomics to gain insight into the lipidome associated with T1D development in spontaneous-T1D-prone non-obese diabetic mice, or NOD mice, and in humans at high risk for developing T1D.”

Female NOD mice show a progression of T1D, and an inhibitor can show the importance of iPLA2-beta on T1D development. About 80 to 90 percent of NOD mice become diabetic by 25 to 30 weeks of age; but if the iPLA2-beta inhibitor FKGK18 is given to the mice, starting at 10 days, only 10 to 15 percent of the NOD mice develop diabetes. But if the inhibitor was started later, at four or eight weeks, the researchers saw that about 60 or 80 percent, respectively, of the mice developed diabetes.

Because of this apparent temporal impact of iPLA2-beta-derived lipids on T1D development, the researchers looked at the macrophage (a recognized initiator of immune responses leading to T1D) lipid profiles from NOD mice and from C57 mice, a control strain that does not develop diabetes. Isolated peritoneal macrophages from NOD mice showed a profound proinflammatory lipid profile during the prediabetic phase, as well as higher levels of iPLA2-beta mRNA. 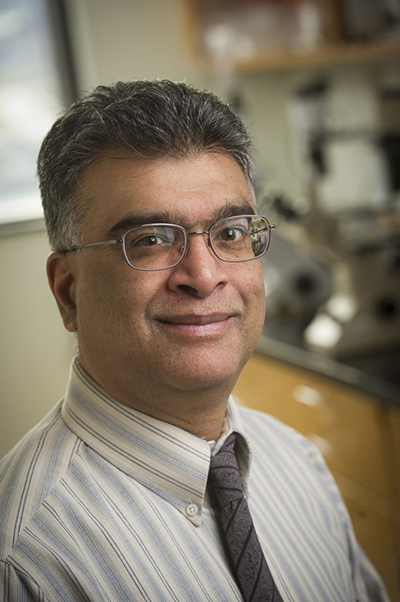 Sasanka Ramanadham, Ph.D.In addition, the researchers showed that the pro-inflammatory lipid changes in NOD macrophages were reflected in the blood plasma of NOD mice during the prediabetic phase and at T1D onset. Additionally, and importantly, they found similar pro-inflammatory lipid signatures in the blood plasma of male and female children between 9 and 15 years of age, who were at high risk for developing T1D, as measured by autoantibodies.

“These findings,” Ramanadham said, “suggest that iPLA2-beta-derived lipids contribute to T1D onset, and they identify select lipids that could be targeted for therapeutics and — in conjunction with autoantibodies — serve as early biomarkers of pre-T1D.”