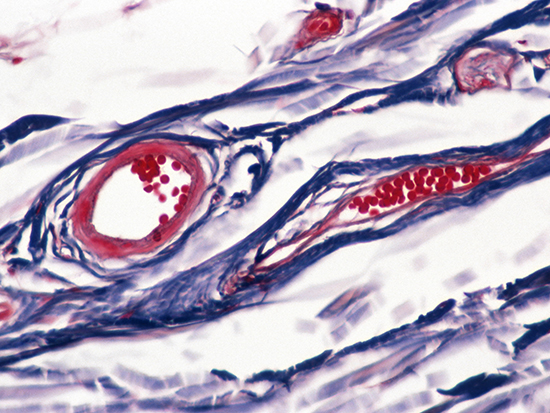 In this arteriolar niche, breast cancer stem cells and arteriolar endothelial cells cross-talk using a well-known signaling pathway. Targeting this pathway may offer therapeutic potential.More than 43,000 American women will die from breast cancer this year. Most of those deaths will occur after the cancer has spread to other organs, a process called metastasis. This involves at least five major steps. Two early steps are invasion of the basement membrane and cell migration, and then a movement of the cancer cell through the wall and into a blood vessel or lymph vessel to begin its journey.

By examining estrogen receptor-positive breast cancer tissues from women, Bin Ren, M.D., Ph.D., associate professor of surgery at the University of Alabama at Birmingham, has now found, for the first time, evidence of a heretofore unnoticed location for breast cancer stem cells in the tumor microenvironment at the cell migration stage. The cancer stem cells appear to accumulate near a tumor arteriole, the small branch of the artery just before capillaries.

Ren calls this the arteriolar niche, and he says it may be an important tumor vascular microenvironment to prepare cancer cells for metastasis, not only in breast cancer but also in other highly angiogenic cancers such as glioblastoma, lung cancer, malignant melanoma and pancreatic neuroendocrine cancers.

Breast cancer stem cells — a sub-population of the cancer cells — are the most aggressive for metastasis, growth and drug resistance. 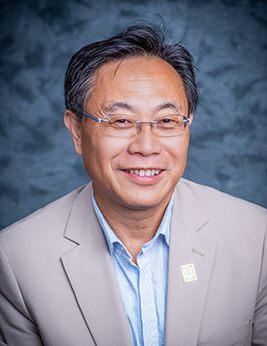 Bin Ren, M.D., Ph.D.
(Photography: Nik Layman)“We think this niche is important, and it may exist in other cancers with a rich growth of new blood vessels,” Ren said. “These studies indicate that the LPA/PKD-1 signaling may play an essential role in tumor progression and spread to other organs such as the lungs by nurturing the development of an arteriolar niche to enhance cancer stem cell self-renewal and directly promoting stemness features of cancer cells. Targeting the LPA/PKD-1 CD36 signaling pathway may have therapeutic potential to curb tumor progression and metastasis by disrupting the arteriolar niche and effectively eliminating cancer stem cells.”