by Bob Shepard
UAB's study of CBD oil for intractable epilepsy, funded by the State of Alabama under Carly's Law, shows that CBD oil reduces seizure frequency and severity in patients with treatment-resistant epilepsy. 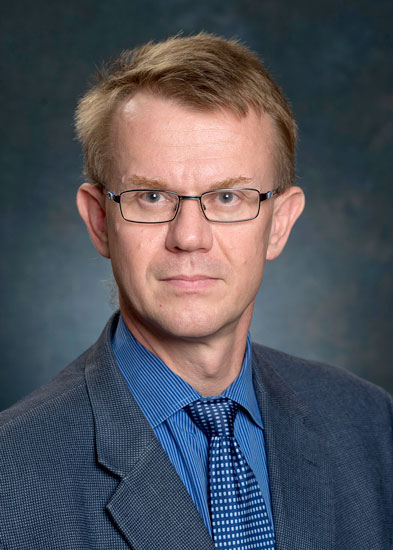 Jerzy Szaflarski, M.D., Ph.D.Findings from the landmark study at the University of Alabama at Birmingham on cannabidiol, or CBD oil, provide the published evidence of significant improvements in seizure frequency and other measures of efficacy in patients with treatment-resistant epilepsy. Published in the journal Epilepsy and Behavior, the results indicate use of CBD oil reduced adverse events and seizure severity, in addition to a reduction in overall seizure frequency.

The published results focus on 132 patients, 72 children and 60 adults, with intractable epilepsy who did not respond to traditional therapies. The study was launched in 2015 following an act by the Alabama legislature — commonly called Carly’s Law — that authorized the UAB Epilepsy Center and Children’s of Alabama to conduct studies of cannabidiol, a component of cannabis.

The study analyzed data from the 132 patients at baseline and at visits at 12, 24 and 48 weeks. Seizure frequency decreased from a mean of 144 seizures every two weeks at baseline to 52 seizures over two weeks at 12 weeks into the study. The reduction remained stable through the 48-week study period.

“This is a highly significant reduction in the number of seizures that the majority of patients experienced, nearly a two-thirds reduction across the entire study population,” said Martina Bebin, M.D., professor in the Department of Neurology in the School of Medicine and principal investigator of the pediatric arm of the study. “Some patients experienced an even greater reduction of seizure frequency.”

The research team also scored patients on an adverse events profile, or AEP score. For all participants, AEP decreased from 40.8 at the beginning of CBD therapy to 33.2 at the 12-week visit. The investigators also employed the Chalfont Seizure Severity Scale to assess overall severity of seizures. Scores decreased from 80.7 at baseline to 39.2 at 12 weeks. Scores for both measures remained stable at the 48-week mark.

The investigators also noted parallel decreases in both seizure severity and seizure frequency, indicating that, for many patients, use of CBD oil led to both fewer and less intense seizures. 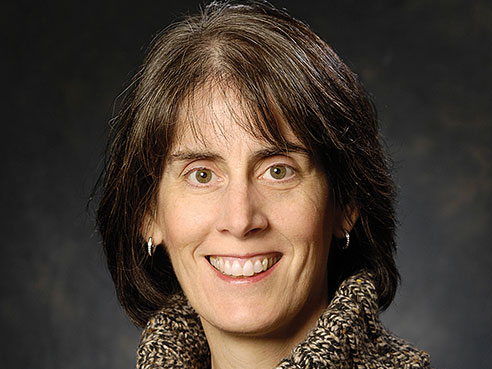 Martina Bebin, M.D.The investigators point out that the oil used in the studies was a pharmaceutical-grade CBD oil produced by Greenwich Biosciences, known as Epidiolex®. The purified oil contains only trace amounts of THC, the psychotropic component of cannabis.

Previous observational and randomized controlled studies have confirmed the safety and tolerability of Epidiolex®, so the UAB team focused on analysis of the AEP data, which showed a significant decrease in the overall side effects reported by patients.

“Perhaps more importantly, the AEP scores remained stable throughout the study period despite further increases in CBD dosing and decreases in other anti-seizure medications,” Szaflarski said. “Of note is that only two participants in the pediatric and two in the adult portions of the study withdrew because of adverse events alone.”

“The results of this open-label safety study indicate significant improvements in seizure severity, adverse effects and seizure frequency at 12 weeks, with response maintained over the 48-week duration of therapy,” Bebin said. “The results are particularly interesting since, rather than enrolling patients with a specific diagnosis, we enrolled patients of all ages with various treatment-resistant epilepsies, indicating that CBD oil may be effective across the spectrum of epileptic conditions.”

On June 25, the U.S. Food and Drug Administration approved Epidiolex® for seizures associated with two rare and severe forms of epilepsy, Lennox-Gastaut syndrome and Dravet syndrome, marking the first FDA approval of a purified drug derived from cannabis. While this approval paves the way for patients with these rare conditions to receive CBD in the near future, it also provides all patients with epilepsy an additional efficacious and well-tolerated treatment option.

The study was supported in part by the state of Alabama, the UAB Epilepsy Center and Greenwich Biosciences.