by Holly Gainer
The study’s findings show the benefits of the ketogenic diet in cancer patients, and the authors hope to expand their research to see if it will also impact cancer treatment. 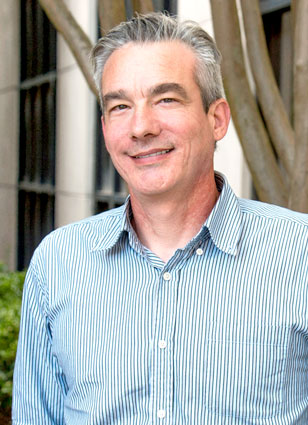 Kevin Fontaine, Ph.D.Women with ovarian or endometrial cancer who followed the ketogenic diet for 12 weeks lost more body fat and had lower insulin levels compared to those who followed the low-fat diet recommended by the American Cancer Society, according to a new study published by researchers at the University of Alabama at Birmingham.

The study, A Ketogenic Diet Reduces Central Obesity and Serum Insulin in Women with Ovarian or Endometrial Cancer, was published in the Journal of Nutrition.

Researchers studied 45 overweight or obese women with ovarian or endometrial cancer. The participants were not actively attempting to lose weight and were not on special diets at the time of enrollment. Each was randomly assigned to either the ketogenic diet or the American Cancer Society-recommended diet.

“Compared to the diet recommended by the American Cancer Society, which is moderate- to high-carbohydrate, high-fiber and low-fat, 12 weeks on a ketogenic diet, which is low-carbohydrate, high-fat, produced significantly lower levels of fat mass,” said Kevin Fontaine, Ph.D., co-author of the study and chair of the Department of Health Behavior in the UAB School of Public Health. “The ketogenic diet group also had significantly lower levels of fasting insulin.”

Researchers decided to focus on women with ovarian and endometrial cancers based on the cancers’ health outcomes and risk factors.

“Ovarian and endometrial cancers are some of the deadliest cancers among women in the United States,” Fontaine said. “These cancers are also strongly linked to obesity and higher levels of insulin.”

The ketogenic diet was used because it limits the number of carbohydrate foods that are consumed, foods that increase glucose and insulin.

“Because cancer cells prefer to use glucose, diets that limit glucose may be beneficial,” said Barbara Gower, Ph.D., senior author and professor in the School of Health Professions at UAB. “These diets are called ‘ketogenic’ because they allow the body to burn fat as a fuel. Some of the fat is converted to ketones, which are used by the brain and many other tissues as another type of fuel. Because they limit glucose and several growth factors, ketogenic diets will limit the ability of cancer to grow, which gives the patient’s immune system time to respond.”

In previous animal and small-scale human studies, the ketogenic diet has been shown to affect the development and health outcomes of cancer. This study showed that the diet had a number of favorable effects in women with ovarian or endometrial cancer.

“First, it lowered insulin, which is a growth factor,” Gower explained. “High-glucose diets result in high insulin, which stimulates cancer cell growth. Second, this ketogenic diet resulted in selected loss of visceral fat. Visceral fat is the ‘bad fat’ in the abdomen that is associated with elevated risk for cancer and diabetes. Third, we noted that patients with higher ketones had lower levels of IGF-1. IGF-1 is also a growth factor that stimulates cancer cells.”

While the study’s findings show the benefits of the ketogenic diet in cancer patients, the study authors hope to continue to expand their research to see if it impacts cancer treatment too.

“We hope to acquire additional grant funding so we can conduct a larger study that begins the diet right at the time of diagnosis so we can better estimate its effects on treatment, prognosis and survival,” Fontaine said.