by Shannon Thomason
Playwright Caridad Svich pulled loosely from Antarctic biologist James McClintock’s research and story to create a fictional journey of romance, tragedy and concern for the planet’s future. 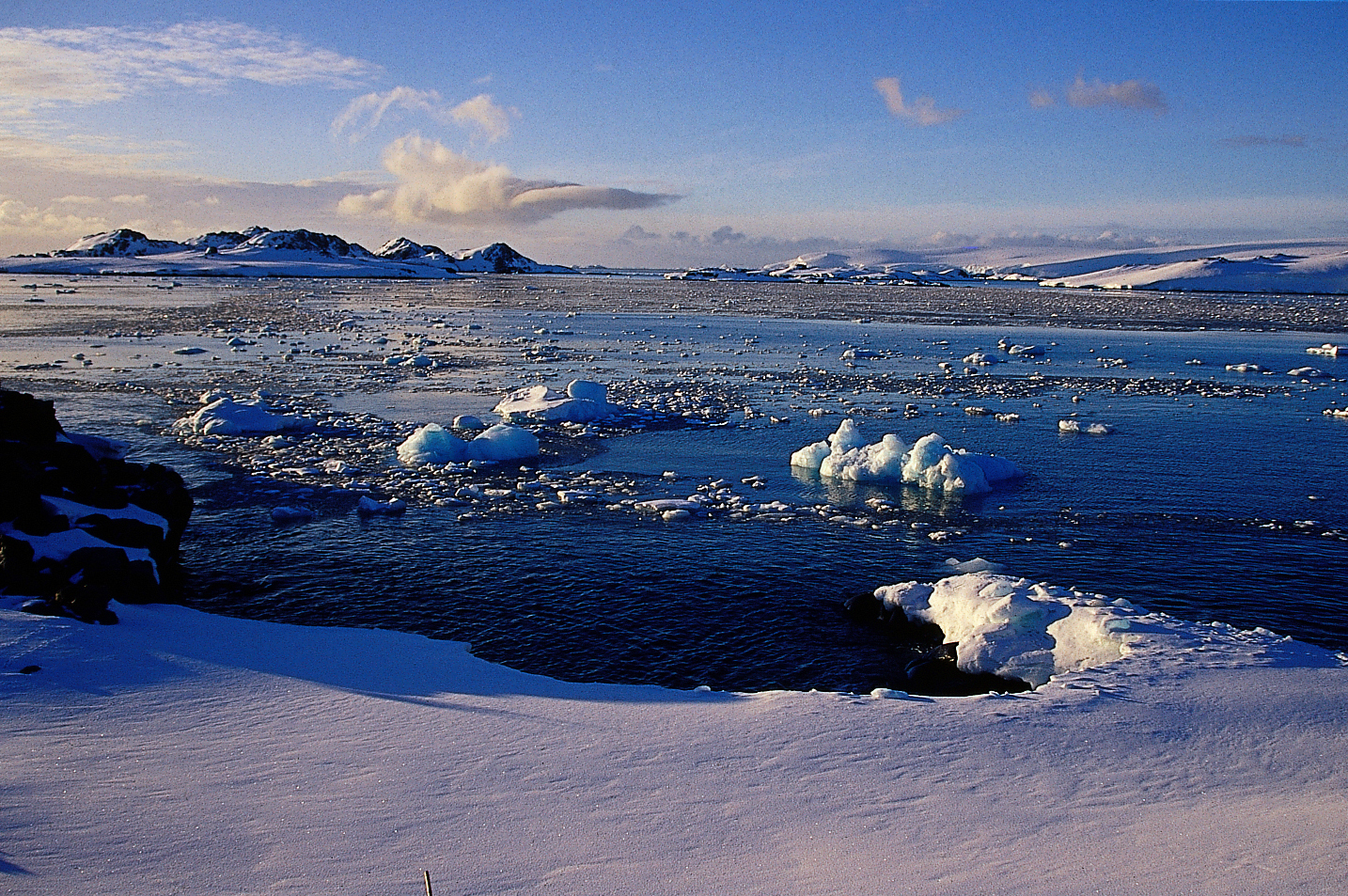 A new play commissioned by Antarctica marine biologist James McClintock will have its first public reading Saturday, Sept. 22, at the University of Alabama at Birmingham.

The play, “Ushuaia Blue,” was conceived and written by playwright Caridad Svich. The College of Arts and Sciences’ Department of Theatre will present the reading, directed by Dennis McLernon using UAB students and faculty in the cast.

The reading of “Ushuaia Blue” is set for 7 p.m., in UAB’s Alys Stephens Performing Arts Center, Odess Theatre. A response session with the audience will take place after the reading.

McClintock is a UAB University Professor who holds the Endowed Professorship in Polar and Marine Biology. He recently returned from his 15th expedition to Antarctica, researching with his colleagues aspects of the ecology of the rich Antarctic seafloor communities. Their work includes studies of how important ecological interactions are largely influenced through the production of chemical defenses and whether some of these chemicals may have biomedical potential. In previous and planned research, he and his colleagues also study dramatic ecological effects of climate change on marine life along the Antarctic Peninsula.

“As an Antarctic marine biologist confronting climate change, I am invested in educating the general public about the increasing impacts of global climate change through creative vehicles in the arts and the sciences,” McClintock said. “My contribution to the play’s narrative is through a series of written interviews between Caridad and me about my life and life’s work in Antarctica.”

Svich says she was moved by McClintock’s extensive research, and also his personal connection to the Antarctic landscape. She pulled very loosely from these interviews in creating the script of “Ushuaia Blue,” but largely created a fictional voyage that touches on whimsy, romance, tragedy and concern for the planet’s future. It is a privilege to respond to his research and connections in this imaginative way, she says.

This will be the first time Svich has heard the play out loud, she says.

“I often describe it to people as a love story about a couple that is trying to stay together,” Svich said. “Both of them are climate change scientists. They journey to Antarctica for another expedition, right at the point when their relationship is starting to become fragile.”

While there, the female half of the couple, Sarah, starts to venture further into the wilderness of the polar ice, and also forms a friendship with a local person, Pepa, who is native to Ushuaia, Argentina, commonly regarded as the southernmost city in the world. The male half of the couple, Jordan, struggles to hang on to his partner. An accident affects Sarah, and through this, slowly, a desire to see the world anew ensues.

Can we locate hope amid the disaster scenarios of climate change and global warming? Can we find new ways to respect and also be with nature as opposed to against it? Those two questions are at the heart of the piece, and through these questions, the nature of love itself is tested and explored.

Playwrights need to hear their plays read, says director Dennis McLernon. A play is always a work in progress, and it will evolve. No two artists will have the same idea.

“Every one of us sees things differently,” McLernon said. “Everyone reacts differently. The reading is another step in the process. It’s a chance for her to allow us to read the script and give feedback.”

Science is the pursuit of proving theories, while art is the exploration of the human condition. This play blends the two fields together and asks what is, and explores what could be, McLernon says.

“I think part of what this play does is start conversations with people,” he said. “It’s disguised. Maybe it’s not going to preach at you, but it is keeping the topic front and center.”

Svich holds an MFA in theater-playwriting from the University of California-San Diego. She teaches creative writing and playwriting at Rutgers University-New Brunswick and Primary Stages’ Einhorn School of Performing Arts. She has also taught scriptwriting at Bard, Barnard, Bennington, Denison, Ohio State, ScriptWorks, UCSD and Yale School of Drama. She has received fellowships from Harvard/Radcliffe, NEA/TCG, PEW Charitable Trust, and California Arts Council. She received a 2018 Tanne Foundation Award, the 2012 OBIE Award for Lifetime Achievement in the theater, 2012 Edgerton Foundation New Play Award for “Guapa,” the 2011 American Theatre Critics Association Primus Prize for her play “The House of the Spirits,” based on Isabel Allende’s novel, and the 2018 Ellen Stewart Career Achievement in Professional and Academic Theatre Award from Association of Theatre in Higher Education. She has won the National Latino Playwriting Award (sponsored by Arizona Theatre Company) twice, including in the year 2013 for her play “Spark.” Her works in English and Spanish have been seen at venues across the United States and abroad. In 2012, the UAB Department of Theatre presented a staged reading of her play “The Way of Water.”