Student’s essay in French tells her own story, places third in nation

by Shannon Thomason
Abby Garver of Hoover graduates from UAB with degrees in French and Spanish and made the Presidential Honor roll after learning a foreign language became a “haven” from mental illness. 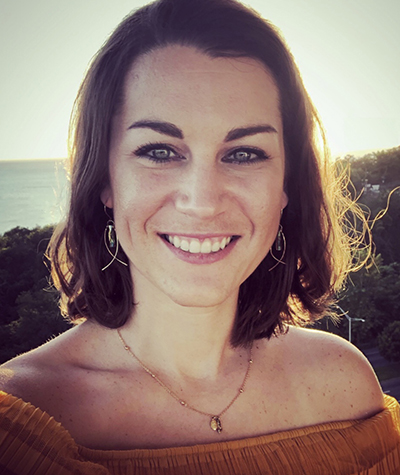 Abby GarverAbby Garver, graduating with degrees in French and Spanish from the University of Alabama at Birmingham, shared her own deeply personal story and won third prize from more than 1,000 submissions in a national contest for the French language.

The American Journal of French Studies had launched the contest with the question, “Why did you start learning French?”

Garver, of Hoover, Alabama, placed in the top 4 percent, among students from schools like New York University, Tulane, Brown and Duke. As a winner for the 2020 edition, her essay, “Mon asile de la folie (My asylum from the madness),” will be published in print.

The student, in the College of Arts and Sciences’ Department of Foreign Languages and Literatures, first thought the essay’s prompt was not inspiring, she says. She decided to also write what keeps her passionate about the language — and tell her own “incredibly honest” story.

“It’s all related to the same journey and struggle,” Garver said.

Garver was at the top of her class when she began to learn French in high school. One year later, at age 16, she was diagnosed as bipolar. It shook her world, she says, especially her academics.

“I couldn’t cope with stress, and on top of that, I was searching for a ‘magic pill’ to fix me,” Garver said. “This didn’t exist. As I became sicker and more heavily medicated, I became acutely aware of the fact that I had lost my former self. It was truly devastating. After I got sick, things that were once easy were hard if not impossible.”

One thing somehow survived the illness — her French abilities were unaffected and actually continued to improve. French became the one thing that made her feel exceptional and not impaired. It became a cathartic outlet; she began to read and write French poetry. In creative writing, she was less critical of herself than when she wrote in English. It calmed her racing thoughts. French was “a haven,” she said.

“In my essay, I say, ‘In English: I think; in French: I feel.’ The essay describes my journey, from the inspiration to learn, mostly due to family, to French becoming my lifeboat in dangerous waters,” Garver said.

Assistant professor of French Charly Verstraet, Ph.D., says he is delighted with her success.

“Abby’s third place in such a competitive and prestigious award for French studies is a reflection of her sensibility for languages, her unique creativity and her hard work throughout the years at UAB,” Verstraet said. Garver also took the Avant Standards-based Measurement of Proficiency assessment to qualify for a Global Seal of Biliteracy certificate, which has two levels: functional and working. UAB is the first university in the state to award the seal, a national-level proficiency credential.

Her degree started as just a French major; the DFLL requires all foreign language majors to take one semester of another foreign language, and she chose Spanish. It came so easily after learning French, she says, that one semester turned into two, then why not a minor?

“I couldn’t stay away from that language either,” Garver said. “Before I knew it, the chair of the department encouraged me to seek the double foreign language major. In the end, I did.”

Garver finished her studies at UAB full time; but for years, it was one or two classes a semester, sometimes none. She began in 2007; by her final semester she was working part time while a full-time student taking all 400-level classes in three different languages, made the Presidential Honor roll, won third place in a national essay contest in French, won second place in a DFLL French poetry contest and was named 2020 Outstanding Student in French. She was given the “great honor and privilege” to introduce Haitian-American guest lecturer Edouard Duval-Carrié in February. 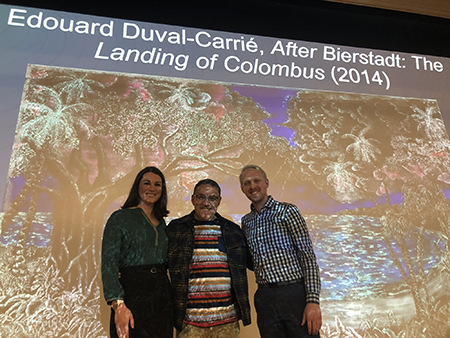 Garver, DFLL guest lecturer Edouard Duval-Carrié and Assistant Professor of French Charly Verstraet, Ph.D., in February.She is doing much better these days and credits a new psychiatrist, treatment with years of therapy and being on only one medication.

“It may sound like bragging, but I am exceptionally proud at how I changed my own narrative and ended my studies, never being so convinced that I would succeed,” Garver said. “My journey came full circle. I worked hard. I never gave up, and I endured the struggle. I was sometimes told that maybe I should just drop out and find another path. I refused. Receiving a diploma was everything to me. It took longer than I would have desired; but in the end, I’ve learned more than I ever could have imagined, and I am ready. I am ready for the next challenge and the next chapter.”

Garver thanks her professor Verstraet for his support and encouragement.

“He continued to believe in me, from naming me as one of the ambassadors for French at UAB, selecting me to introduce Duval-Carrié and personally telling me I needed to enter the essay contest because I was a good writer,” she said. “When your professors believe in you as a student, it really has a ripple effect.”

Garver is currently focusing her efforts in Washington, D.C., where she hopes to work with her French for the United States government. She is open to working abroad, in another city or private sector and “will know the right fit when I find it,” she said.

She says she insists on the importance of mental health and encourages everyone to seek help when they need it.

“Asking for help is not a weakness; it’s a strength,” she said.