The COVID-19 virus rapidly evolves to higher infectivity during in vitro growth, which may be a step toward lower virulence 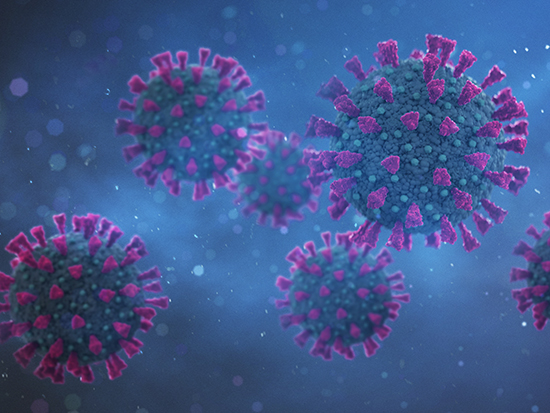 The higher infectivity correlates with mutations that increase viral binding to a cell surface glucosaminoglycan, heparan sulfate.Viruses accumulate mutations as they replicate in infected cells. Repeated replication can lead to viral strains that show attenuated virulence. Such strains may act as vaccines if the attenuated virus can produce immunity without serious disease.

This approach is not new. Albert Sabin developed an attenuated poliovirus vaccine in the mid-20th century that helped eradicate naturally occurring polio in the Western Hemisphere. Attenuated viral vaccines for rubella, measles, yellow fever and other diseases are widely used.

Can a similar vaccine be developed for COVID-19?

Researchers at the University of Alabama at Birmingham have published a foundational study for that possibility in the Journal of Virology. They asked a simple question: Which mutations predominate when the SARS-CoV-2 virus that causes COVID-19 is grown in successive generations — called passages by virologists — in tissue culture?

The UAB researchers found that SARS-CoV-2 isolates rapidly adapted as they grew in repeated passages in Vero E6 cells, a strain of kidney cells that is commonly used for virus propagation. The evolved viruses gained higher infectivity, demonstrated more rapid infection spread and made dramatically larger plaques on Vero cells. A plaque is a visible fragment of the cell layer where cells are destroyed by viral multiplication and release.

The researchers, led by Ilya Frolov, Ph.D., professor in the UAB Department of Microbiology, found that viral evolution developed by two major mechanisms. The first was an insertion of seven amino acids, including two positively charged amino acids, into the spike protein of the Washington SARS-CoV-2 isolate. The virus uses its spike proteins to attach to ACE2 receptors on cells, triggering its entry into the cell. Thus, the spike protein is a major determinant of pathogenesis. 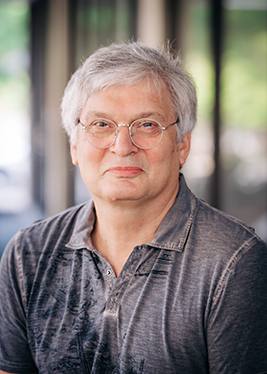 Ilya Frolov, Ph.D.
(Photography: Andrea Mabry)The second mechanism was a change of one amino acid from serine to glycine, a mutation called S686G, in the spike protein near its cleavage site. Both mechanisms increased the ability of the mutant to bind to heparan sulfate, which is abundantly present on the surface of cells. The two changes also increased plaque size and rate of infection spread. That binding to heparan sulfate on the cellular membrane appears to be the mechanism of primary attachment of the virus before the high affinity interaction of the spike with the cellular ACE2 receptor. As a test of biological significance, solutions of heparin — a related polysaccharide — inhibited the infectivity of the mutant viruses that show increased binding to heparan sulfate, while heparin did not reduce the infectivity of non-mutant viruses.

To test the independent effects of the two major mechanisms, the UAB researchers cloned each change into DNA that was a copy of the genome of the first Wuhan, China, SARS-CoV-2 isolate sequenced in January 2020. RNA copies produced from these DNA constructs were delivered into cells, and the cells then produced the virus. Researchers found that each single mechanism increased the binding of the constructs to heparan sulfate, and a double-mutant construct with both changes had significantly higher infection rates than either single mutant.

“An important characteristic of the double mutant is that its further evolution in cultured cells appears to be unlikely,” Frolov said. He says the recombinant single mutants continued to accumulate various second-site mutations in further passages, while the double mutant that contained both the amino acid insertion and S686G was stable and did not acquire additional changes.

Intriguingly, SARS-CoV-2 is a positive-strand RNA coronavirus. Alphaviruses are also positive-strand RNA viruses. Others have shown that the alphaviruses chikungunya, Venezuelan equine encephalitis, Ross River and Sindbis showed similar rapid evolution during growth in cell culture, including increased plaque size, a stronger interaction with heparan sulfate and a stimulated spread of infection.

Importantly, these evolved alphaviruses were usually dramatically less pathogenic in mice and humans.

“As with the heparan sulfate-binding mutants of other RNA+ viruses, the evolved SARS-CoV-2 may also be attenuated in vivo, particularly the double mutant that demonstrates the most adapted phenotype,” Frolov said. “Thus, they may also be used as a basis for development of stable live attenuated vaccines for COVID-19.”

Besides Frolov, the research was co-led by Todd Green, Ph.D., associate professor, and Elena Frolova, Ph.D., professor, both in the UAB Department of Microbiology. Most of this research with SARS-CoV-2 was done in UAB’s Southeastern Biosafety Laboratory Alabama Birmingham, one of 13 regional biocontainment laboratories built with National Institutes of Health funds.

Support came from National Institutes of Health grants AI133159, AI118867, AI146969 and AI142737; and from UAB Research Acceleration Funds. The Journal of Virology selected the Frolov paper as a Spotlight article.