by Jeff Hansen
In response to a viral infection, intrinsic IL-2 production by effector CD8 T cells affects IL-2 signaling, leading to different fates for two subsets of those cells — the one producing IL-2 and the one not producing IL-2. 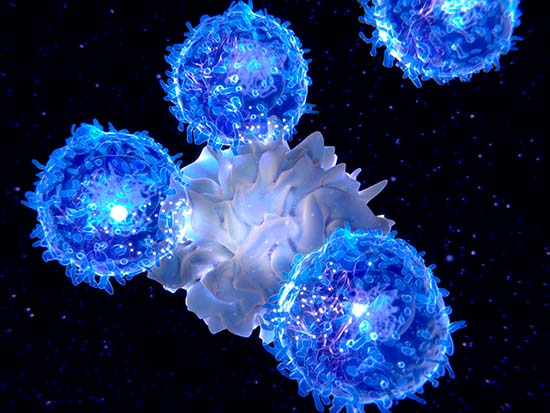 In response to a viral infection, intrinsic IL-2 production by effector CD8 T cells affects IL-2 signaling, leading to different fates for two subsets of those cells — the one producing IL-2 and the one not producing IL-2.The immune system is a complex network of cells and proteins with a simple job. Defend the body against infection. To do that, the cells must recognize and destroy infecting viruses or bacteria. In addition, the system also has to keep a record of each pathogen it has defeated, so it can quickly remobilize if infected again.

A study in the journal Science Immunology now shows how two subsets of one type of immune cell — the CD8 T cell — develop to provide either short-term or long-term immune protection. The study focuses on one factor that guides that developmental bifurcation — interleukin-2, or IL-2.

Understanding details of how naïve immune cells develop into effective infection-fighters or long-lived memory cells is important because it can help us understand which constituents of a complex response are necessary to provide protection against infections or cancers. It can also aid understanding of immune system dysfunction, or it can improve immunotherapy for cancer. Dysfunctions include autoimmune diseases, where the immune system attacks the body’s own cells, and exhaustion, where the immune system loses its ability to fight off continuing infection or the ability to destroy a cancer.

Study senior author Allan Zajac, Ph.D., and co-first authors Shannon M. Kahan, Ph.D., and Rakesh K. Bakshi, Ph.D., all of the University of Alabama at Birmingham Department of Microbiology, used mouse models to follow the traits and fates of the two subsets of CD8 T cells, starting from the peak of their effector phase, eight days after an acute viral infection.

CD8 T cells are a type of white blood cell that has the ability to develop into effector T cells — also known as cytotoxic T cells or killer T cells. These cells can destroy cancer cells or cells infected with viruses or bacteria. IL-2 is a cytokine, one of a large family of small signaling proteins that are released by cells to send messages to other cells, or act as an autocrine signal to the same cell that is making the cytokine. Cells receive the signal at the cell surface, where the cytokine binds to a receptor. The receptor transduces the signal to the cell interior, leading to changes in cell gene expression and phenotype.

Zajac and UAB colleagues were able to isolate and purify CD8 T cells from mice at the effector phase peak. Using fluorescence-activated cell sorting after cell stimulation with a viral antigen, they identified two subsets of this group — a minority of the CD8 T cells that produced IL-2 and a majority that did not produce IL-2.

The two subsets turn out to be strikingly different in the short term, in terms of developmental transitions that lead to fate decisions. However, they then become more alike months later. 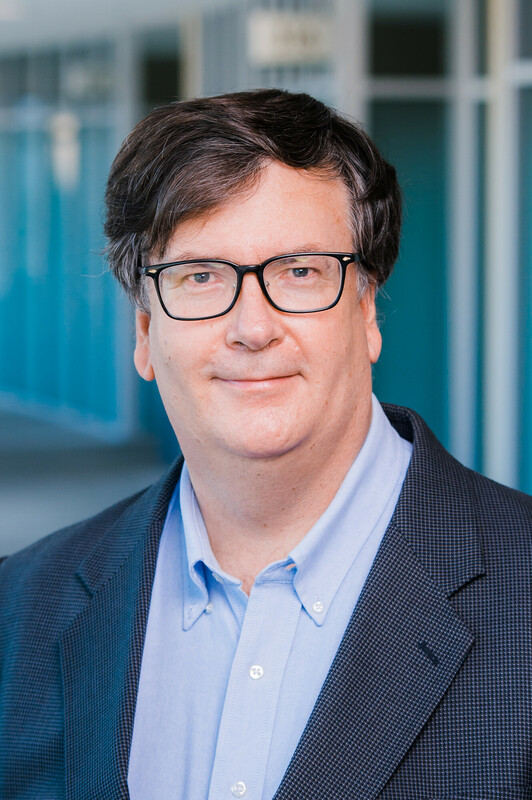 Allan Zajac, Ph.D.
Photography: Lexi CoonThe cells that produced IL-2 developed like immune memory cells. They attained stem-like memory traits, resisted exhaustion and preferentially conferred protective immunity upon a secondary viral challenge. Counterintuitively, they did not respond to their own IL-2, which acts inside the cell through a complex called STAT5, or signal transducer and activator of transcription. Even though the IL-2-producing CD8 T cells had normal amounts of IL-2 receptor proteins on the cell surface, the level of phosphorylated-STAT5 inside the cell — which is the activated form of STAT5 — was greatly diminished. The researchers hypothesized several mechanisms acting inside the cell possibly acting to attenuate the ability to receive IL-2-dependent STAT5 signals, but the answer is not yet known.

In contrast to the IL-2-producing cells, the non-IL-2-producing effector cells did respond to IL-2 signals, and they then gained effector traits at the expense of memory formation.

The UAB researchers did RNA sequencing of the cell subsets during the effector phase, nine days after infection, and much later, during the memory phase, about 10 months after infection. The transcriptional profiles of the IL-2-producing and the IL-2-non-producing effector populations were unique and distinguishable from their memory counterparts. However, by the memory time point, the two populations were more related to each other in gene expression. Thus, despite having distinct properties during the effector phase, the IL-2-producing and ‑nonproducing CD8 T cells appeared to converge as memory matured to form populations with equal recall abilities to respond to a second viral infection or chronic viral challenge.

“This bifurcation between the ability of IL-2-producing and -nonproducing CD8 T cells to respond to IL-2 couples functional competency with fate decisions, and it implicates IL-2 as a critical differentiation factor,” Zajac said. Zajac notes that the salient findings of this study have not yet been confirmed for humans, and they are restricted to analyzing CD8 T cell responses to a single pathogen.