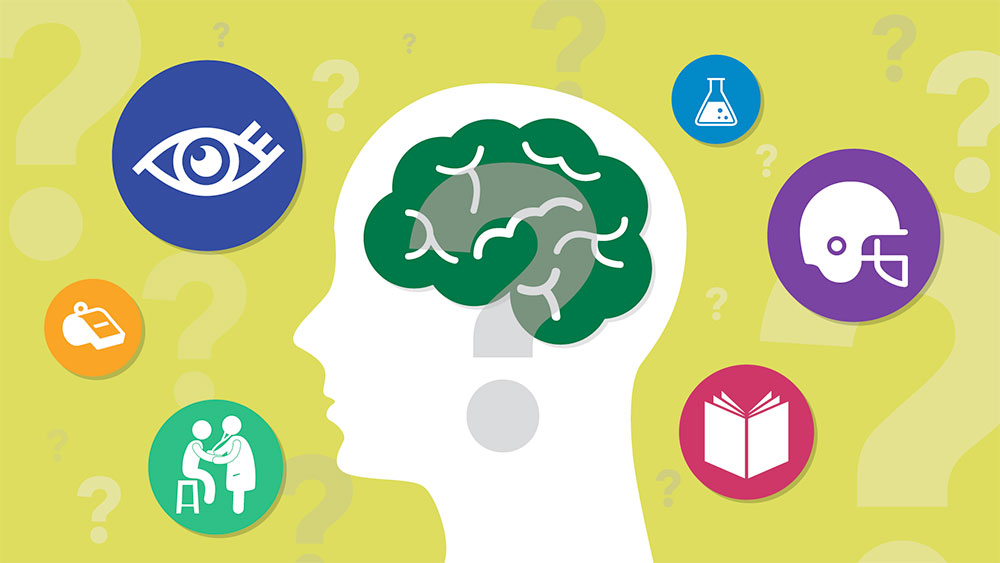 At the moment, there is no medical test to diagnose a concussion — and there are few treatments to help the brain heal. There’s no reliable way to predict which patients will recover quickly from a blow to the head, and which ones will have lingering difficulty with headaches, balance problems, irritability or other concussion symptoms. Neither is there a way to assess the cumulative effects of the smaller hits that athletes take over the course of a season.

Researchers across UAB are tackling these problems as part of a wide-ranging, multidisciplinary effort that reaches from basic science labs to large clinical studies. The work is aided by close collaborations with physicians at the UAB Sports Medicine Concussion Clinic at Children’s of Alabama, along with other partners in the Alabama Concussion Task Force, which brings together clinicians, researchers and other experts from UAB, Children’s and state agencies. Their studies could help address many lingering questions that are fueling the raging national debate over head injuries in football and other contact sports. But the implications go far beyond the playing field. Mild traumatic brain injuries, a category that includes concussion, led to some 2 million visits to hospital emergency departments in 2010, according to the Centers for Disease Control and Prevention. The vast majority of these were from non-sports-related falls.

“Our understanding of concussion is still very primitive,” said James M. Johnston Jr., M.D., a UAB pediatric neurosurgeon and co-director of the concussion clinic, which treats the state’s most serious cases. “There is so much we need to know.”

Here are six important questions now being studied at UAB: 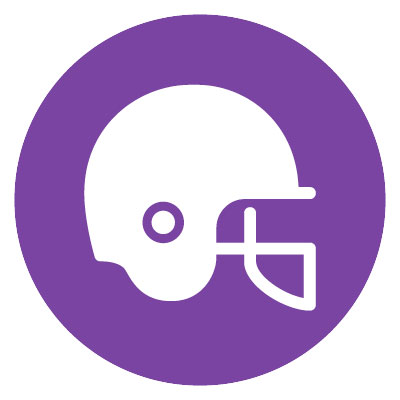 Dean Sicking, Ph.D., a professor in the UAB Department of Mechanical Engineering, and his lab assistants have used special software to study thousands of helmet-to-helmet impacts in football games. Their analyses measure the sizes and velocities of players involved, where the hits tend to occur on players’ helmets and a host of other data. Meanwhile, Sicking built an 80-foot track in his lab, with high-tech dummies dressed in football gear at either end. By precisely positioning the dummies and controlling the speed of impact, the researchers can re-create the most common, and dangerous, football collisions to determine the forces involved. This has allowed them to start testing all the helmets currently on the market to give a new picture of the concussion-resisting capabilities of each model. Sicking’s team is also using its unique test facility to help design a new type of football helmet that offers more robust head protection. “I believe we can make the game safer,” Sicking explained in a recent UAB Magazine feature. 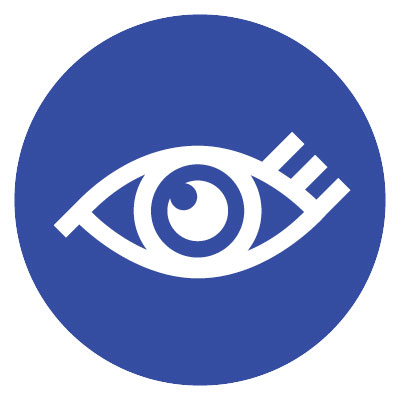 Q: Can you predict who is at high risk for post-concussion problems?

Eighty percent of youth athletes recover from concussion on their own, but 20 percent suffer lingering symptoms for weeks or months. There is no way to predict who will fall into which group, or test therapies that could affect recovery time, says UAB optometrist and associate professor Katherine Weise, O.D., MBA.

Weise is part of a team of UAB researchers investigating both problems in the UAB Vestibular and Oculomotor Research Clinic (VORClinic) located in the UAB School of Optometry. The clinic, one of only a handful nationwide, focuses on the neural systems that control balance and eye movements — which are often disrupted after head injuries. The centerpiece of the facility is a high-torque, high-speed rotating chair; as participants spin in total darkness, they are asked to track small targets or follow large random dot patterns. The researchers record their eye movements with infrared cameras in order to detect subtle signs of brain damage. Repeated tests could determine how long it takes for a participant to fully recover from a concussion, or reveal the effects of potential new therapies. (Follow a 10-year-old concussed patient through the VORClinic in this story and the video below.)

VORClinic investigators are also searching for early, measurable physical signs, or biomarkers, that are linked with prolonged concussion symptoms in patients. At the moment, athletes begin the “return-to-play” and “return-to-learn” (that is, school) protocols when they no longer report having symptoms. “Objective biomarkers are especially important for athletes and young children who might not be able to properly communicate their problems,” said Claudio Busettini, Ph.D., associate professor in the Department of Vision Sciences, who directs the VORClinic with Jennifer Christy, P.T., Ph.D., associate professor in the Department of Physical Therapy. “The lack of reliable measures may delay their return to learning and sports even if they have fully recovered, or allow their return while they are still recovering, when another hit can have devastating effects.”

Weise and Christy, along with Drew Davis, M.D., an associate professor in the Department of Pediatrics, recently presented information on the VORClinic’s biomarker research at the American Congress of Rehabilitation Medicine conference in Dallas, and met with “tremendous interest,” said Davis. “Everyone’s very excited about this work.” 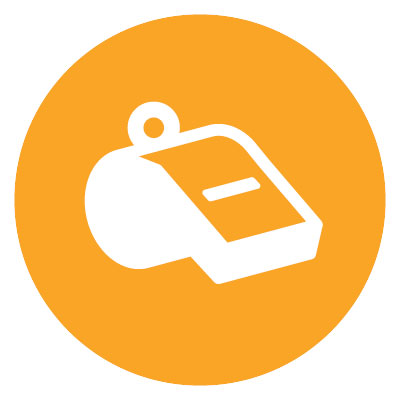 Q: How many hits can one player take?

“It’s clear that repetitive impacts to the head, whether or not you have a diagnosed concussion, are not good for you,” said Johnston, who is a member of the VORClinic executive committee. “The question is, are there thresholds below which a player is fine, or are no impacts safe?” To find out, Weise, Mark Swanson, O.D., MSPH, and other members of the VORClinic team are using handheld instruments called pupillometers, which detect subtle changes in pupil size and reactivity to light during a quick 30-second test. Previous research has suggested that concussions alter this response. The VORClinic team is now working with community football programs and other youth sports organizations around the state to monitor players over the course of a season. They hope to detect patterns that point to damage buildup, giving coaches warning that a player needs to rest.

Another study from the same team is comparing pupillometer readings from healthy players with readings from players who have recently experienced a blow to the head. If there are significant differences between the two, “we may be able to identify kids who have concussion with a simple test right there on the sidelines,” said Sara Gould, M.D., MPH, an assistant professor in the Department of Emergency Medicine and co-director of the concussion clinic. 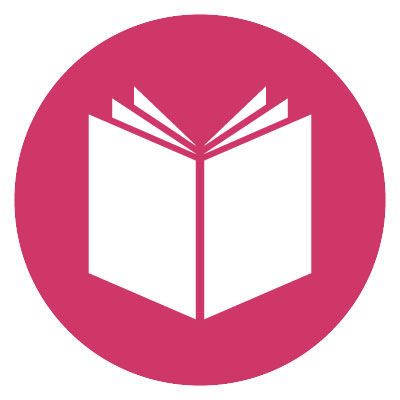 Q: When — and how — should students “return to learn”?

After a concussion, the question on everyone’s mind is when, or whether, an athlete can get back in the game. At least as important, but far less studied, is the timing around a student-athlete’s return to a regular academic schedule, says Laura Dreer, Ph.D., an associate professor in the Department of Ophthalmology and director of Psychological and Neuropsychological Clinical Research Services at UAB. Dreer is working with a number of collaborators on the Alabama Concussion Task Force to develop the first evidence-based protocols to guide doctors and parents. Her preliminary data show that “parents and teachers are eager for more education and training in strategies to keep kids safe” during their recovery, she said. Several studies now underway at the concussion clinic are seeking to better understand factors that enhance and inhibit academic success post-concussion, Dreer adds. “This information will inform intervention strategies desperately needed for schools, physicians and sports teams, along with parents and children,” she said. 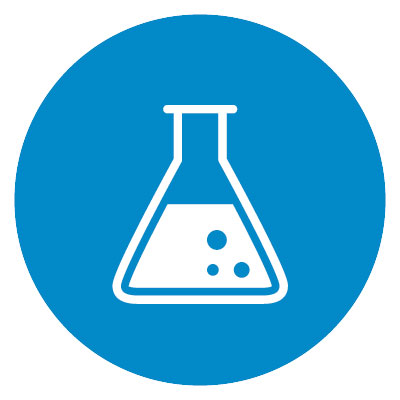 Q: Is there a way to accelerate healing after a concussion?

The only current treatment for concussion is rest. But a UAB team is studying a novel compound that minimizes post-concussion damage. Concussions begin with mechanical injury to cells, explains Candace Floyd, Ph.D., associate professor and director of research in the Department of Physical Medicine and Rehabilitation. But the vigorous immune response to those damaged cells, including oxidative stress and inflammation, causes a heavy amount of additional cell death. These “secondary effects” make the problem worse.

The compound, known as a catalytic oxidoreductant, was originally developed by investigators at Duke University and characterized by Hubert Tse, Ph.D., assistant professor in the Department of Microbiology, to combat rejection in organ transplantation. Because it works to lower oxidative stress, Floyd and Tse hypothesized that the compound could also reduce the secondary effects of concussion. So far, results have been promising, Floyd says. The long-term goal is to develop a drug that could be administered on the sidelines by athletic trainers immediately after a blow to the head, perhaps as an aerosol spray. 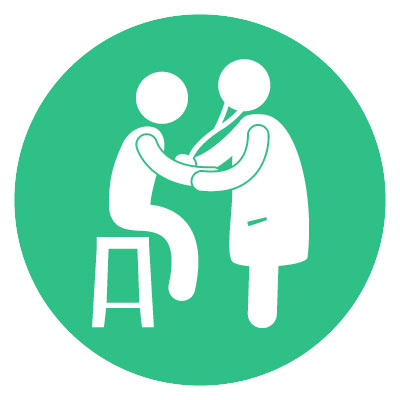 In 2011, a new Alabama law required that any athlete suspected of having a concussion had to receive a physician’s clearance before returning to play. Patient visits increased sixfold at the UAB Sports Medicine Concussion Clinic at Children’s of Alabama in the intervening years, and now average 350 per year, explains Johnston. (The clinic is open year-round; football season is the busiest time, but spring soccer and lacrosse seasons also see a rise in patients, he says.)

“Because we have such a high clinical volume, we can play a major role in research efforts at UAB,” Johnston said. A large study led by Johnston and his colleagues at the clinic, published in the Journal of Neurosurgery: Pediatrics in 2014, documented the improved quality of care for patients after the establishment of the multidisciplinary concussion program at UAB and Children’s in 2011. It also outlined the extensive education and outreach efforts from the clinic, which include training for rural care providers and an annual concussion conference. These can serve as a model for other states, Johnston says. In a new study in the same journal, Johnston and co-authors use the clinic’s extensive patient data to describe factors that are associated with long-term concussion symptoms, including a history of previous concussion and female gender.

The clinic is also a major source of patient referrals for concussion studies in the VORClinic and elsewhere at UAB. “Research has always been a big part of the vision” for the clinic, said Johnston. “Patients and their families are eager to be involved to help answer these questions.”