by Jeff Hansen
VA Research support for UAB clinicians and scientists has been important for six decades. 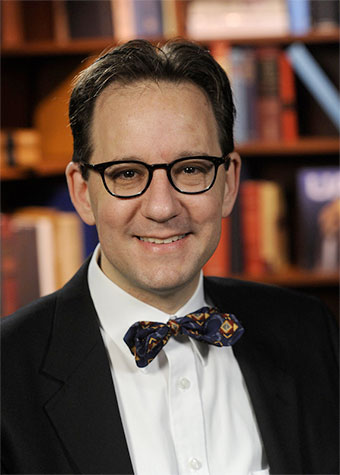 The Birmingham VA Medical Center will feature a talk about veterans and homelessness research by Stefan Kertesz, M.D., on May 20 to help mark National VA Research Week. Kertesz is a national expert on homelessness and one of 34 VA researchers supported by about $7 million a year in active VA research grants.

Kertesz is a VA staff physician and holds a joint appointment as an associate professor in the University of Alabama at Birmingham Division of Preventive Medicine, in the Department of Medicine.

Lou Dell’Italia, M.D., associate chief of staff for Research at the Birmingham VA Medical Center, says VA research funding through the U.S. Department of Veterans Affairs’ Office of Research and Development has been a vital part of the affiliation partnership with UAB during the six decades since the Birmingham VA Medical Center was completed in 1953. Dell’Italia, a VA-funded investigator and staff physician, has a joint appointment as professor of medicine in the UAB Division of Cardiovascular Disease, and he holds the Elmer and Glenda Harris Endowed Chair in Cardiovascular Disease at UAB.

University-VA partnerships were the goal of the Veterans Health System implemented after World War II under the direction of General Omar Bradley, chief administrator of the VA, and Paul Magnuson, M.D., the chief medical director. By 1948, three years after the war ended, 60 medical schools were affiliated with VA hospitals.

Lou Dell’ItaliaTinsley Harrison, M.D., dean of the UAB School of Medicine in the 1950s, wrote of the value of such collaboration: “There can be little doubt that, without the University Medical Center affiliation, care in the VA Hospital would have been low. But it is equally true that without BVAMC affiliation, Alabama Medical School would have remained second-class.” This strong history of Birmingham clinical and research collaboration was nationally recognized during VA Research Week 2014.

This year’s VA Research Week is being commemorated nationwide May 16-20 under the theme “The Path of Progress.” Some notable steps since VA Research began in 1925 are four Nobel laureates, effective therapies for tuberculosis, implantable cardiac pacemakers, the first successful liver transplant, development of the nicotine patch and the radioimmunoassay, the seminal shingles vaccination, and drug therapy for hypertension trials.

The Birmingham VA Medical Center’s marking of National VA Research Week will take place in the auditorium of the Birmingham VA Clinic, 2415 Seventh Ave. South, on Friday, May 20, from 11:30 a.m.-1 p.m. In addition to Kertesz’s talk, there will be refreshments, recognition of the researchers whose work is funded at the Birmingham VA Medical Center and attendance by various veterans groups. A tour of the Phoenix Clinic, which serves homeless Birmingham-area veterans, will take place from 1-2 p.m. The clinic is part of the national effort to provide primary medical care to homeless veterans and those leaving homelessness behind. The Phoenix Clinic will accept donations of clothes, personal care items and blankets for its Homeless Closet.

In a recent TEDx Birmingham Salon talk, “We don’t need to be heroes to be helpful,” Kertesz explained how to help the homeless or others who are in need.