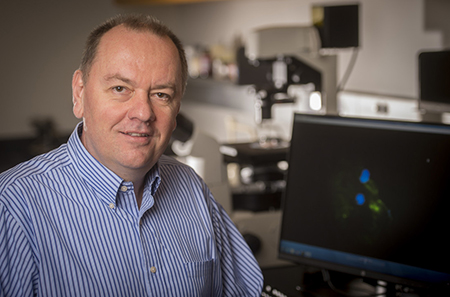 IgA nephropathy is believed to be caused by IgA1-containing immune complexes formed in the blood that ultimately deposit in the glomeruli — the filtering apparatus of the kidneys. When kidney glomeruli become damaged, the kidneys lose their ability to remove waste from the blood and to retain blood proteins, and the injury can lead to kidney failure.

In IgA nephropathy kidney biopsies, IgA1 is the main immunoglobulin detected in the glomeruli by a clinical test called routine immunofluorescence. But those tests were often failing to detect immunoglobulin IgG, which was believed to be another vital contributor to the disease.

Now a study published in the Journal of the American Society of Nephrology by researchers at the University of Alabama at Birmingham largely validates the hypothesis that a second immunoglobulin, IgG, is a crucial part of the pathogenic immunodeposits in glomeruli of patients with IgA nephropathy. Up to now, routine immunofluorescence microscopy — which identifies the presence of IgA in all cases of IgA nephropathy — failed to show IgG in 50 to 80 percent of kidney biopsies. In addition, IgG found in those positive tests had never been tested for antigenic specificity, such as specificity against the IgA1.

UAB researchers hypothesized that the IgA1 was blocking the IgG from being detected in routine immunofluorescence microscopy, say co-corresponding authors Dana Rizk, M.D., and Jan Novak, Ph.D. When a different reagent, a small nanobody that detects the very end of the IgG molecule was used, IgG was detected in all biopsy specimens, including those that did not show IgG by routine immunofluorescence. Moreover, a highly sensitive confocal microscopy showed co-localization of the IgA1 and IgG in glomerular deposits of the biopsy-tissue specimens. 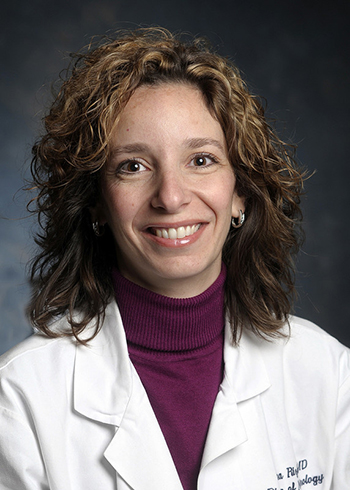 “These results reveal, for the first time, that IgA nephropathy kidney biopsies, with or without IgG by routine immunofluorescence, contain IgG autoantibodies specific for galactose-deficient IgA1,” Novak said. “These findings support the importance of these autoantibodies in the pathogenesis of IgA nephropathy.”

The study, Novak and Rizk say, largely validates the four-hit hypothesis of IgA nephropathy pathogenesis: 1) Patients with IgA nephropathy have elevated levels of circulatory galactose-deficient IgA1; 2) This leads to development of autoantibodies, mostly of the IgG subclass; 3) The IgG autoantibodies bind galactose-deficient IgA1 to form pathogenic immune complexes; and 4) Those pathogenic immune complexes deposit in glomeruli to incite kidney injury.

Further support for this hypothesis comes from multiple findings. For example, previous studies showed that IgA1 immunodeposits in IgA nephropathy are enriched for galactose-deficient IgA1, likely originating from the IgA1-IgG complexes formed in the circulation. This study thus provided a key piece of evidence for the pathogenic role of IgG autoantibodies in IgA nephropathy. 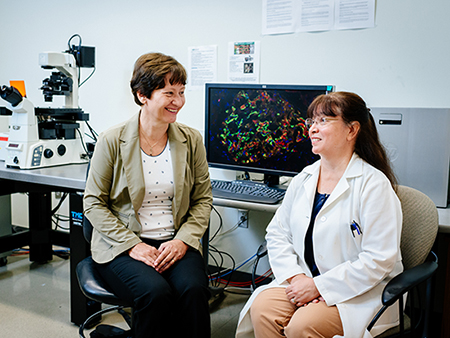 Co-authors with Rizk and Novak in the JASN paper, “Glomerular immunodeposits of patients with IgA nephropathy are enriched for IgG autoantibodies specific for galactose-deficient IgA1,” are Manish K. Saha and Bruce A. Julian, Division of Nephrology, UAB Department of Medicine; Stacy Hall, Rhubell Brown and Zhi-Qiang Huang, UAB Department of Microbiology; and Huma Fatima and Lea Novak, UAB Department of Pathology.

Jan Novak and Bruce Julian designed the study. Support came from National Institutes of Health grants DK078244 and DK082753, and from a gift from the IGA Nephropathy Foundation of America. Manish Saha had support from NIH T32 training grant DK07545.