Germ-free lungs of newborn mice are partially protected against hyperoxia

by Jeff Hansen
A first-of-its-kind newborn mouse model will permit study of how to protect extremely low birth-weight infants from bronchopulmonary dysplasia, or BPD. 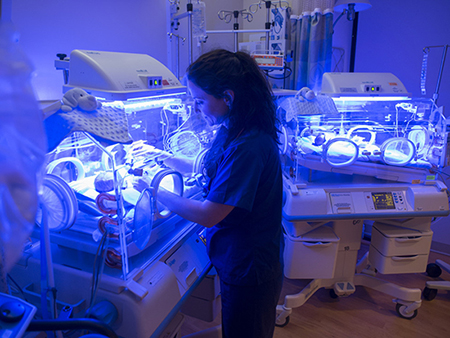 Charitharth Vivek Lal, M.D., and University of Alabama at Birmingham colleagues have used a novel and first-of-its-kind newborn mouse model to study the effect of high oxygen concentrations, or hyperoxia, on lung development of newborn mice that are germ-free — meaning no microbes colonizing their lungs.

Their goal is to learn how differences in the types of microbes that already colonize human lungs at birth — including extremely premature infants — can protect or make an infant more susceptible to bronchopulmonary dysplasia, or BPD. BPD is a chronic, life-threatening lung disease of prematurity.

Lal, an associate professor in the UAB Pediatrics Division of Neonatology, has previously shown that an early microbial imbalance, or dysbiosis, is predictive for the development of BPD in extremely low birth-weight infants. These infants, who had an average birthweight of 1 pound, 8 ounces, often needed to be given high concentrations of oxygen because their lungs had not fully developed.

Why the partial protection for the germ-free newborns under hyperoxia?

Lal speculates that presence of some pathogenic bacterial in the non-germ-free mice may promote BPD pathogenesis through pro-inflammatory signaling and inflammation from neutrophils in the lungs. “Manipulation of the airway microbiome,” Lal said, “may be a potential therapeutic intervention in BPD and other lung diseases.”

In an editorial accompanying Lal’s study in the American Journal of Physiology-Lung, Cellular and Molecular Physiology, Kent Willis, M.D., University of Tennessee-Memphis, said, “This report sets the stage for future studies evaluating complex processes involved in microbiome effects on lung development and injury. It would be essential to evaluate the effect of specific microbiome colonization on BPD pathogenesis in a germ-free model, in addition to assessing the efficacy of microbial transplantation in devising therapeutic strategies.” 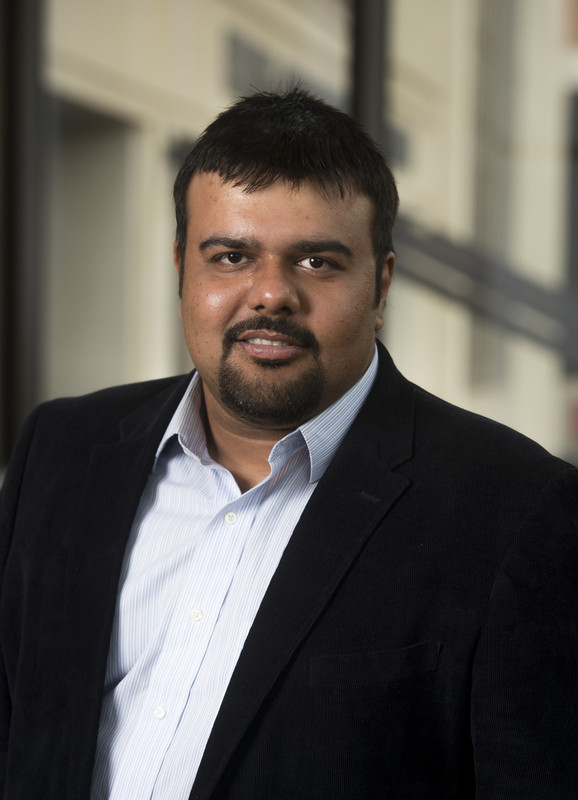 “We speculate that the presence of predisposing pathogenic microbiota in non-germ-free and humanized mice may accentuate the proinflammatory cascade in hyperoxia, thus leading to a worse phenotype as compared to germ-free animals,” Lal said. “In the absence of these pathogenic microbiota, germ-free animals may not mount the inflammatory response and hence may have relative phenotypic protection. This finding is consistent with our previous human neonatal airway microbiome study where we found increased neutrophilic activity and a dysbiotic airway microbiome with proteobacterial preponderance in severe BPD patients.”