One-Day Workshop on the Analysis of Metabolomics Data

Who should attend:
Those who have already obtained metabolomics data
Those ready to do metabolomics experiments
Those writing or thinking about metabolomics proposals

There is a substantial emerging interest in the use of metabolomics to understand molecular basis of disease. Nuclear magnetic resonance (NMR) and more recently liquid chromatography-mass spectrometry analysis (LC-MS) have been used to determine the metabolites associated with disease. LC-MS has reproducibly revealed the presence of thousands of ions, representing compounds many of which have not been previously characterized.

In this one-day workshop we will initially discuss the design of metabolomics experiments and the rationale for the use of particular types of LC and MS instruments to obtain metabolomics data. The remainder of the workshop will focus on the use of the freely available software, XCMS and its online version, that were developed by investigators at the Scripps Research Institute, for the analysis of metabolomics data. Participants will be trained how to use software that converts raw LC-MS data into a standard form that can be input into XCMS, as well as how to use a basic form of XCMS that can be run locally on a laptop or desktop computer (PC and Mac).

What do you do when you have the results of the analysis? The mass spectrometer is very revealing of what we don’t know. The workshop will include training on the use of METLIN, a metabolite database maintained by Scripps’ team, and ChemSpider, a Royal Institute of Chemistry database. The recent introduction of the use of MSMS data by XCMS will be described.

Participants of the Workshop with deeper interests in mass spectrometry and its applications are encouraged to consider attending the Advanced Graduate Course on this topic (BMG 744) that meets 9-10:30 am on Mondays, Wednesdays and Fridays in Room 401 in the McCallum Building starting on January 6th, 2014.

In addition, the 2nd UAB Workshop on Metabolomics will be held June, 2004. Those interested will be able to apply by going to http://www.uab.edu/proteomics/metabolomics/index.php 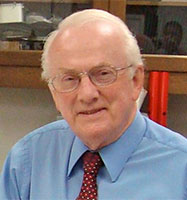 Dr. Barnes, Director of the Metabolomics Workshop, is Professor of Pharmacology and Toxicology and has secondary appointments in five other departments. He started his research career in the laboratory of A. T. (Tony) James, co-inventor of gas-liquid chromatography, studying fatty metabolism in green algae and did his PhD on the carbohydrate metabolism of the a cellular slime mold Physarum polycephalum at Imperial College, University of London under the tutelage of Sir Ernst Boris Chain, 1945 Nobel Laureate for the discovery of penicillin. He began his long-standing interest in bile acid metabolism at the Royal Free Hospital with Dame Sheila Sherlock and Barbara Billing. After the winter of 1975 in Alan Hofmann’s lab at the Mayo Clinic in Rochester, he took up an offer to come to the University of Alabama at Birmingham (UAB) in 1977 where he has remained ever since. In the early 1980s he applied high field NMR using superconducting magnets to unravel the proton NMR spectrum of bile acids as well as to use pulse sequences to greatly simplify the process. In 1992 he took over the development of LC-mass spectrometry in biomedical research at UAB and was the Director of the UAB Comprehensive Cancer Center Mass Spectrometry Shared Facility from 1992 to 2009. In 2009 he was appointed as the Director of the Targeted Metabolomics and Proteomics Laboratory (TMPL). He also was the Associate Director of the Purdue-UAB Botanicals Center for Age-related Disease from 2000-2011 and the Director of the UAB Center for Nutrient-Gene Interaction from 2002-2010. These latter roles provided critical experience in experimental design, statistical analysis of –Omics data and the important role of the diet in determining the outcome of experimental models of chronic diseases.

More details about TMPL can be obtained at http://tmpl.uab.edu 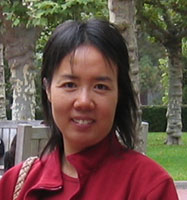 Dr. Du received her Ph.D. in Systems Science and Mathematics from Washington University in St. Louis in 2005. She subsequently did a postdoc in Dr. Richard D. Smith's lab at the Pacific Northwest National Laboratory. Her postdoctoral research focused on development of computational algorithms for processing and analyzing mass spectrometry (MS)-based proteomics data. In 2008, Dr. Du joined the Department of Bioinformatics & Genomics at UNC-Charlotte as an assistant professor and expanded her research to include development of computational algorithms and visual analytics for MS-based metabolomics studies. 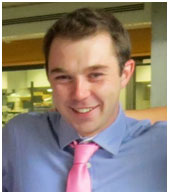 Dr. Benton started working with metabolomics datasets in 2006 when he joined Prof. Gary Siuzdak’s lab as a Research Tech. Working with XCMS and METLIN, he developed and published a tandem mass spectra extension to XCMS called XCMS2. He gained a valuable understanding of mass spectrometry methods and the need for computational developments in the field. Working with Dr. Timothy MD Ebbels & Prof. Jeremy Nicholson while studying for his Ph.D at Imperial College London, he developed methods to increase the reproducibility of metabolic profiling experiments and two novel methods for temporal metabolite profiling. Since receiving his Ph. D in August 2013 he has returned to Prof. Siuzdak’s lab at The Scripps Research Institute to develop Online XCMS and the labs many other metabolomics toolset.