Service beyond self: Leeth lights the way for volunteerism at the School of Medicine 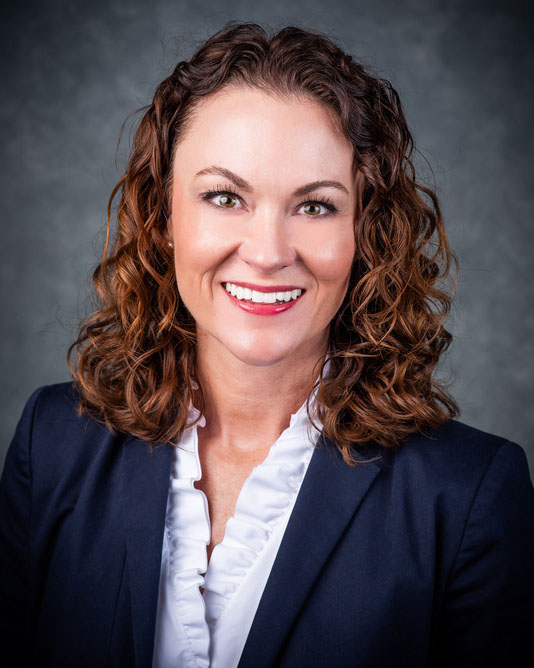 At the intersection of professional work and community service lies purpose, growth, and compassion. Toni Leeth, MPH, associate dean of Strategic Planning and Administration and president of the Junior League of Birmingham for the 2020-2021 term, embodies these values in her daily life. “A feeling of purpose is important to me,” she says. “My responsibility to contribute significantly is a driver in all that I do.”

Building on a legacy of service

Leeth, who has worked under the leadership of Selwyn M. Vickers, M.D., FACS, dean of the School of Medicine, since 2003—including during his time as chair at the University of Minnesota Department of Surgery—has been involved in service work for as long as she can remember.

For decades, Leeth has served in roles of service and civic engagement that suited her availability and passion throughout different seasons of her life. From hosting food drives in high school and volunteering with her college sorority to becoming president of the Central City Neighborhood Association as a young adult, volunteerism is simply a part of who Leeth is—as a woman and as a leader.

Influenced by family, Leeth’s lineage includes a storied past of outreach and volunteerism. “My grandmother worked in prison ministry and outreach, training imprisoned women on career development, while honestly just being a listening ear,” she says. Leeth also recalls her parents being role models for her—both were heavily involved in the Mississippi community she grew up in.

A Junior League member for thirteen years, Leeth first joined the organization when she moved from Birmingham to Minnesota to serve as administrative director of Research at the University of Minnesota. There, she found herself wanting to connect with her new community. “I wanted to find work serving in the community with a group of individuals I could build relationships with,” she says. 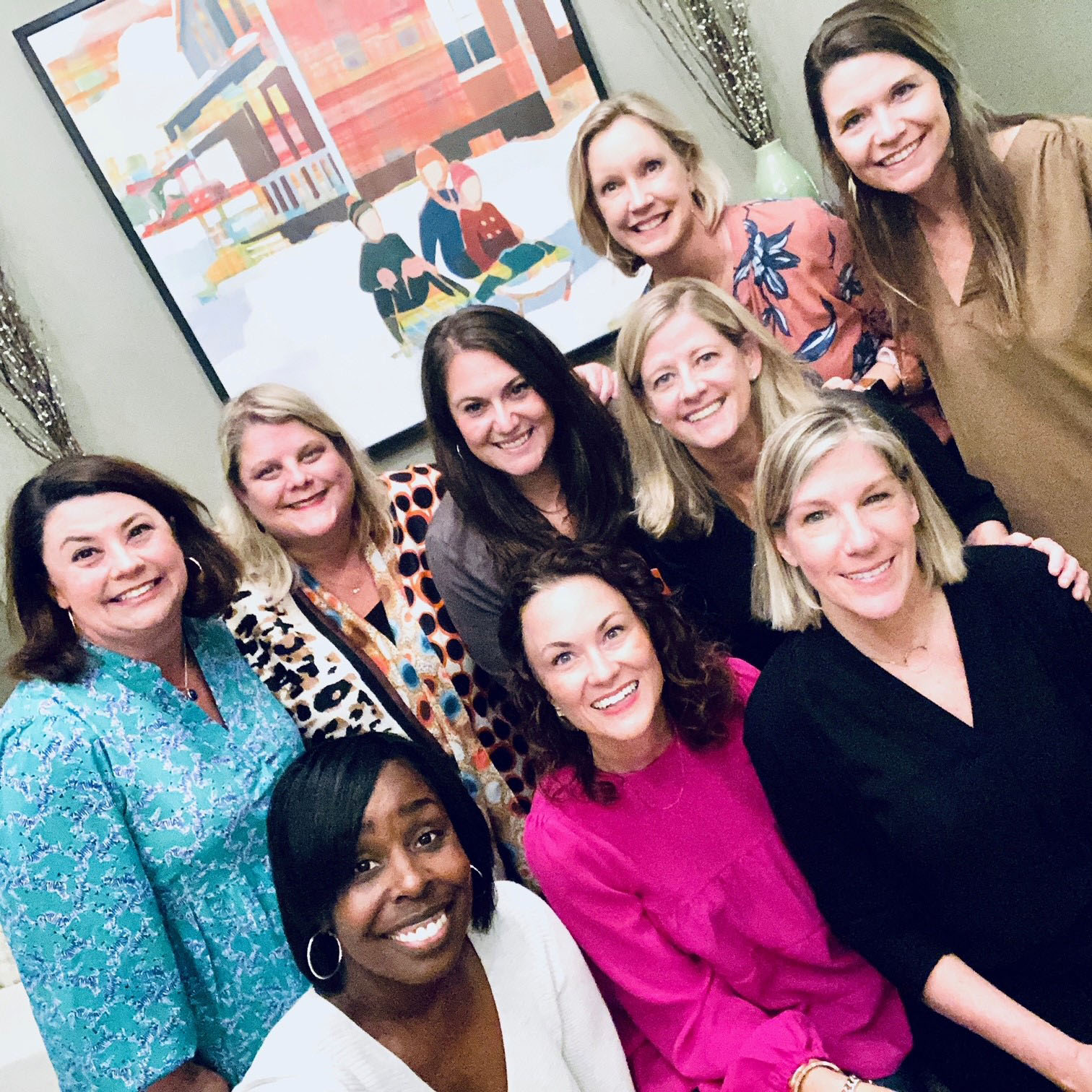 Those relationships spanned across the nation, and when Vickers accepted the role of dean of the UAB School of Medicine, Toni and her family moved back to Birmingham. She transferred her membership to the Junior League of Birmingham (JLB)—a league that hosts over 2,200 members and is a top 10 league globally. The Association of Junior Leagues International, Inc. is a women’s organization comprised of 291 chapters across the world. Local chapters partner with corporate and community organizations related to human trafficking, community revitalization, illiteracy, education, and much more to volunteer, raise funds, and take action for societal change.

In 2018, Leeth was chosen as the next president of the JLB. Selected members serve a one-year term as president-elect from June 1-May 31, then assume their role as president the following year.

Pivoting to meet the needs of crisis

During her president-elect term, her major plans for presidency included investing in the development of both the JLB Board of Directors and other JLB leaders, as well as supporting all aspects of the JLB mission—plans that came to a startling halt at the onset of the pandemic.

But Leeth was not shaken by the change in plans. In fact, she was uniquely well-positioned to lead the JLB through every calamity COVID-19 presented, due to her leadership position in the School of Medicine dean’s office but also because of her persevering steadfastness and thoughtful approach to challenges.

“Because of my role at UAB, where—at the same time—I was working on health and safety plans with The UA System, I was able to bring back what I was learning to the Junior League of Birmingham and create a safety plan for our members, staff and community partners.”

Leeth also says the onset of unexpected crises reminded her that “at the end of the day, what we do—the specific ‘what’—is not nearly as important as the ‘why.’ Knowing the purpose and value behind our ‘what’ is key.” This perspective allowed Leeth and the JLB to focus on the ways they could continue to maintain their level of value and impact on the community during a crisis.

As the School of Medicine re-considered traditional work environments and operations to adapt to the pandemic, Leeth was able to take those same concepts of malleability and utilize them when creating JLB’s approach on how to move forward.

“Being grounded in purpose and value provides freedom—freedom to look beyond the playbook when needed and figure out the next steps, no matter what you thought it was going to look like.” 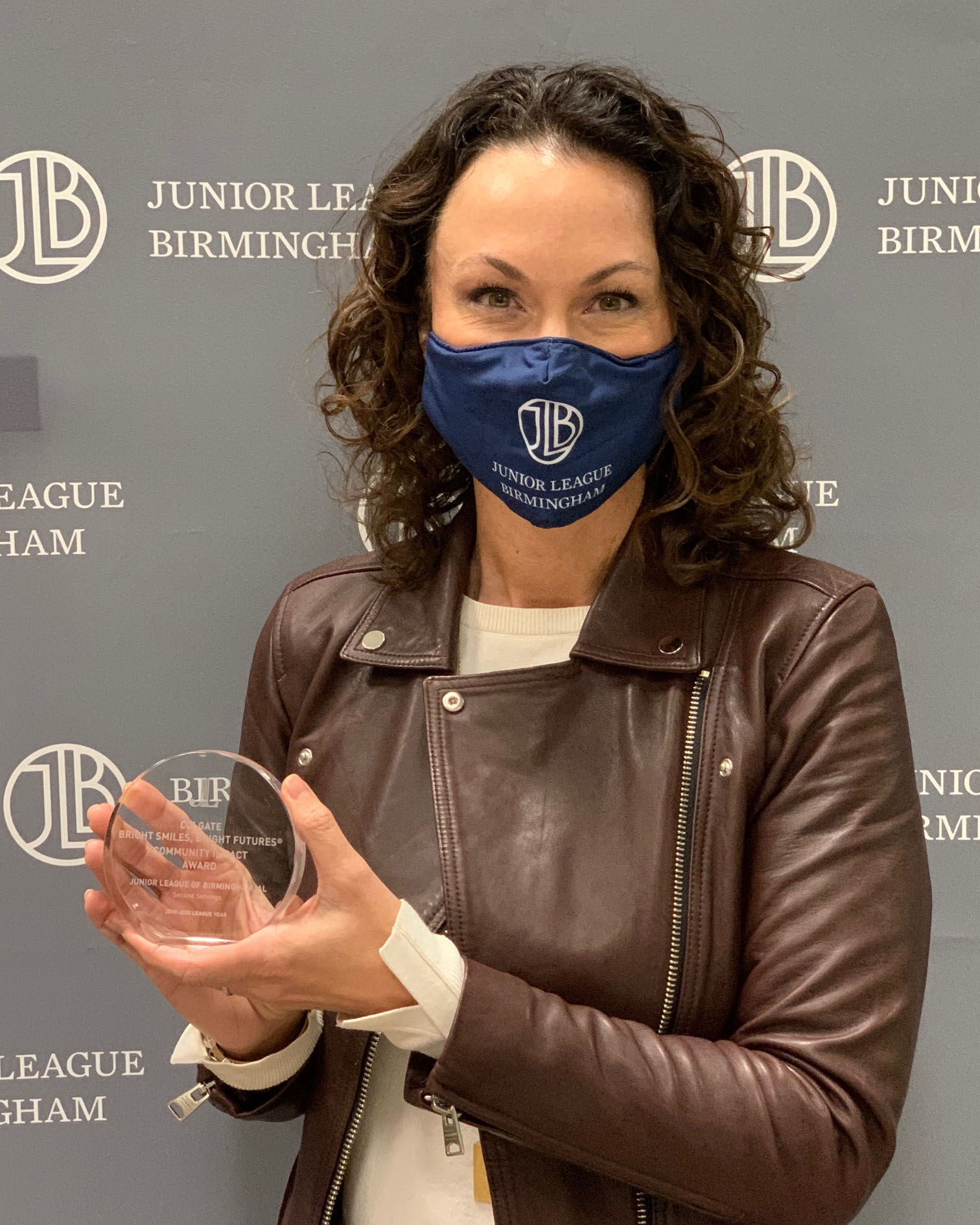 Tapping into innovation for long-term change

Leeth walked into a very structured leadership role when she assumed presidency of the JLB. “It’s easy to do what has always been done. But the circumstances of the pandemic gave us the flexibility to try a lot of things we had never done,” she says.

She says innovation came easily when the JLB looked at the organization through a new lens. “We embraced technology for communication within the league and service delivery in community. We couldn’t rely on in-person like we always had.”

When asked how the 2,200 members responded to video conferencing as the new meeting option, Leeth says greater participation was the result; members were able to engage more freely in both meetings and trainings—including unconscious bias trainings and a 21-Day Racial Equity Challenge.

Now, virtual participation has been written into their long-term plans, which enhances experiences of women with multiple responsibilities outside the league, professionally and personally.

Under Leeth’s leadership, the JLB also expanded communication to a new tool rising in popularity: podcasting. ‘Birmingham Change Makers’ launched in February 2021 as an additional lane for training. “We wanted to layer our different communication channels to provide greater reach and depth. It was important to touch on important topics and provide education development in new ways.”

However, with only two episodes released so far, the podcast has unintentionally been reaching members of the Birmingham community outside the JLB, and now serves as an indirect advocacy tool for the league. “It has helped the JLB secure a new avenue for communicating our mission in the community, and our history over the past 100 years to residents and potential partners.”

Honoring with 100 Acts of Service

Leeth lights up when asked about her friend, Lee Ann Petty, who served as Community Vice President and had been a long-standing JLB member. On Dec. 30, 2020, Petty passed away from cancer, and JLB members sprang into action to honor her memory.

“She embodied servant leadership and a commitment to service in everything she did,” Leeth says. 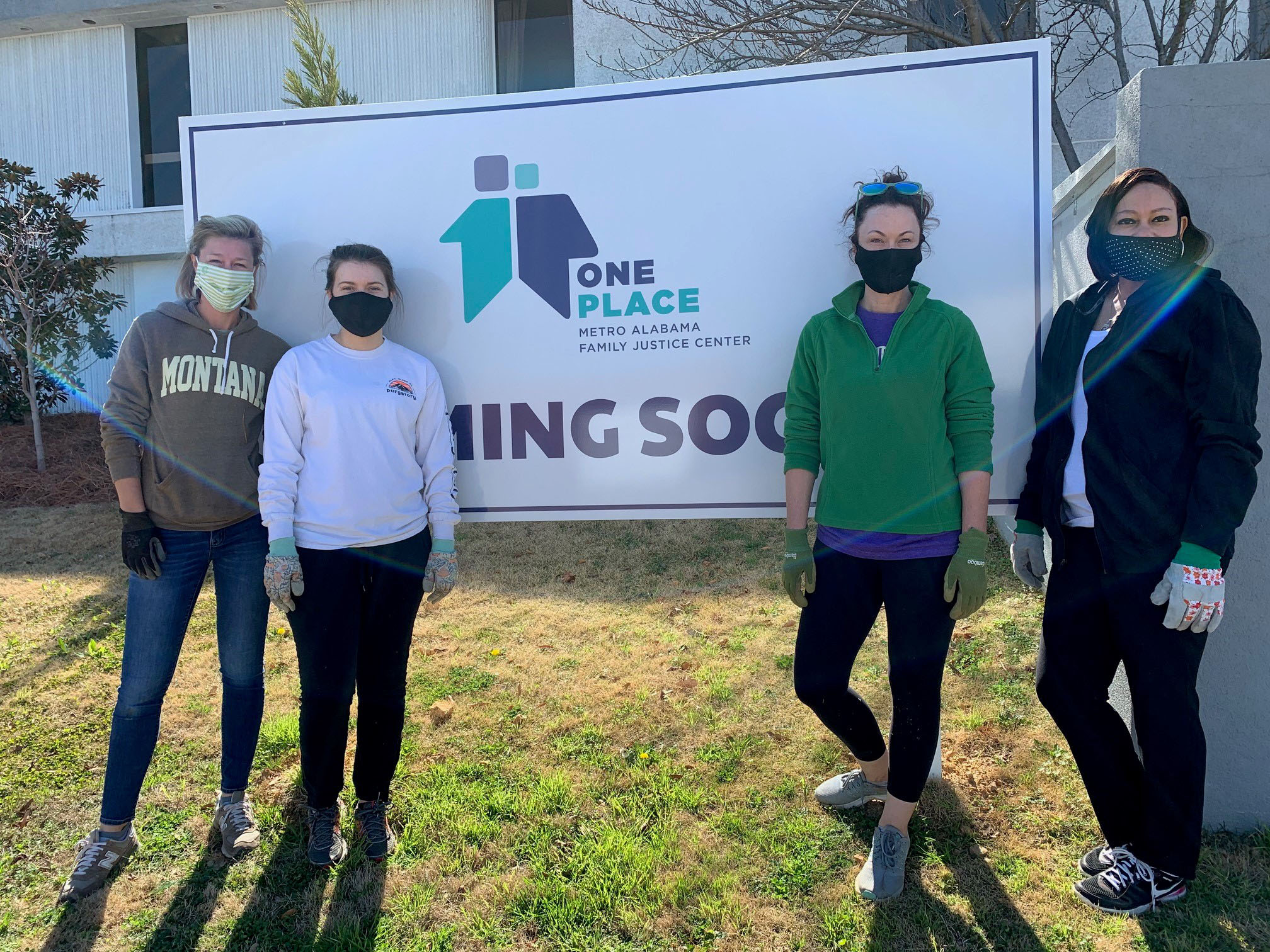 An award was created in her honor, the Lee Ann Petty Community Partner Award, and an initiative was launched called “100 Acts of Service.” The initiative served as a way to tell the story of JLB’s impact, invite others into service, and—most importantly—to inspire others through Petty’s story. For their 100 service acts, JLB members served as vaccination site volunteers, collected hygiene products to address period poverty regionally, provided meals, and much more.

In addition to her work with the JLB, Leeth was recently selected as one of 31 new members of the inaugural City of Birmingham’s Women’s Initiative. Leeth serves as one of three co-chairs. “The initiative is about providing a voice, understanding the needs of girls and women in Birmingham, being advocates for them on behalf of the City for change in policy and program and serving as a sounding board to the City on initiatives supporting women and girls in our community.”

Leeth explains that the reach of members is expansive, and includes health care leaders, nonprofit professionals, and other leaders in the city, who work to inform the Mayor and his leadership teams on how to better support women.

A few of their current goals include understanding current programs and gaps in addressing mental health, domestic violence, sex trafficking, and economic development opportunities for women.

Leeth sees her roles in career and community service as fluid, and working together in tandem. She aims to “create connection with a multiplicative effect” in her professional and personal life—seeking to inform and make a difference in whichever arena she finds herself.

Most recently, Leeth has been charged to serve on a new University Community Engagement Council, where she and Mona Fouad, M.D, MPH, senior associate dean for Diversity and Inclusion, represent the School of Medicine to discuss meaningful collaborations that contribute to the public good. 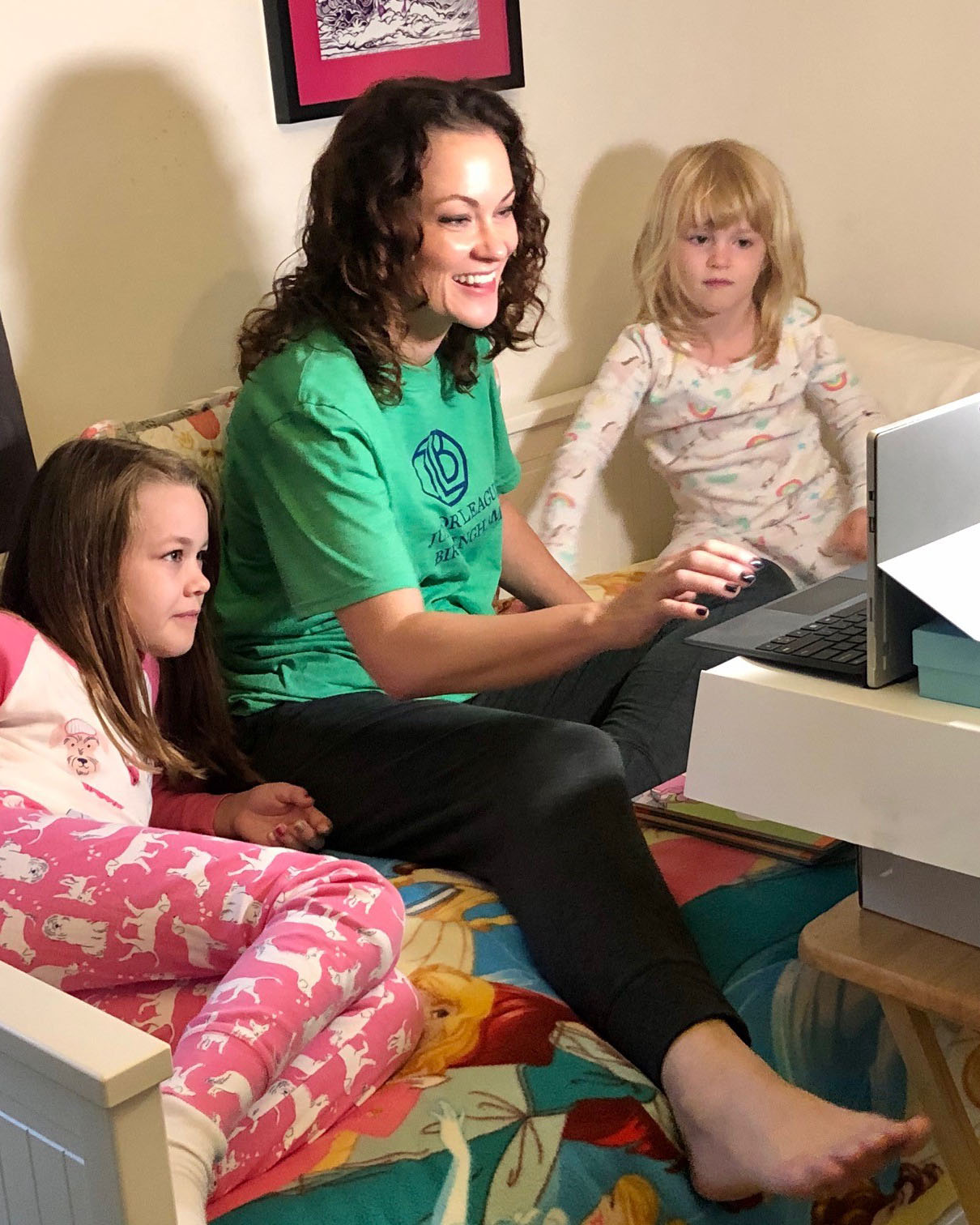 Leeth believes that civic leadership and professional leadership are gifts to help foster and create change. “This is the kind of environment I create for my kids—to be active members of their community.”

As a working mother in a leadership role who is deeply engaged in community efforts, Leeth says she’s often thought about the impact of those responsibilities on her two daughters, who are six and nine years old.

“I justify the time I spend away from my family with the knowledge I’m showing my girls what it means to be a strong, empowered, passionate, and driven leader—and woman. And I hope that I am imparting in them values of service, pursuing their passion, asking good questions about the ‘why,’ and being advocates for change in their community.”

When asked how she keeps her cup full and stays balanced, she replies that giving back is her re-charging station. “Service is the cup-filler for me. It’s my outlet. Spending time giving back helps me grow and learn as an individual. I’ve learned a lot about myself. While it’s a lot of time, every season is different for how much I give. Now that my kids are six and nine years old—a little more self-sufficient in their age—I can give back more.”

She says she also finds balance by staying committed to exercise, like practicing Pilates and working with a trainer. “The commitment to exercise is just for me. And, it’s a demonstration for my kids that I am committed to emotional, mental, and physical well-being for myself.”

Service in the School of Medicine

Leeth says dedication to service is a tenet of who we are at UAB and who we are in the medical school.

“The commitment to being a part of service and community is something Dr. Vickers and I share,” she says. “We bring that into our work environments. When we were in Minnesota and being active in service, we came back to Birmingham encouraging those same efforts in the dean’s office.”

Plus, she mentions UAB’s expansive size and responsibility to the community: “We’re the largest employer in the state—we are a major driver in community for economic impact, but also for giving back. Our experts should be leveraged outside of the 99 square blocks of UAB’s campus. UAB must be present and knowledgeable about the needs of our community. So it’s not only a tenet of who we are as an organization, but we do that through ourselves as individuals, too.”

What better way to be an ambassador of UAB and the School of Medicine than serving in our own community.

Her advice for people who are new to volunteering is to first “figure out what you are passionate about. I can promise you that there is an organization in Birmingham who will match that passion.”

“It’s okay if passions change over time,” Leeth says. “There are many ways to contribute—it may be through your kids, like sponsoring a scout troop or PTA, or running for a Neighborhood Association leadership role. Find what you are passionate about and let it be a cup-filler for you.”