by Shannon Thomason
The concert is set for 6 p.m. Sunday, Feb. 13, 2022, with a limited number of tickets on sale now. The full 25th anniversary season will be announced in August. 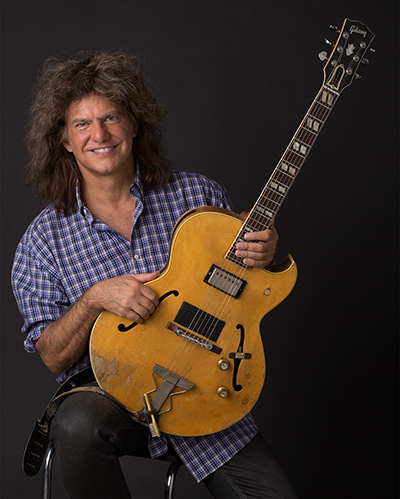 At this time, 312 tickets are available; the Alys Stephens Center is currently operating at 30 percent capacity until it is able to safely accommodate more.

The Alys Stephens Center will celebrate its 25th anniversary season beginning this fall. The full season of performances and events will be announced in August. Alys Stephens Center members are given first priority for concert and artist announcements and tickets. For more information or to become a member, click here.

Metheny has won countless polls as “Best Jazz Guitarist” and awards, including three gold records for “(Still Life) Talking,” “Letter from Home” and “Secret Story.” He has won 20 Grammy Awards — at one point winning seven consecutive Grammys for seven consecutive albums. Metheny’s versatility is nearly without peer on any instrument.

For this upcoming season, Metheny is launching a new playing environment called “Side-Eye,” an ongoing setting with a rotating cast of new and upcoming musicians who have particularly caught his interest along the way. This edition of “Side-Eye” will feature James Francies, keyboards and piano, and drummer Joe Dyson.

“From my earliest days in Kansas City onward, I was the beneficiary of so many older musicians’ giving me a platform to develop my thing through the prism of their experience and the particular demands of what their music implied,” Metheny said. “I hear regularly from new players on the scene who have professed an influence from my records and tunes, and I often invite them up to my house to play.

“I find myself inspired by how they deal with the musical challenges that come with the territory of some of those older tunes, and at the same time I find myself intrigued with the possibilities of what might be possible in writing new music just for them,” he said. “This band setting is what that will be all about.”

Learn more about the event at AlysStephens.org.