by Shannon Thomason
Twelve of the College of Arts and Sciences’ Department of Foreign Languages and Literatures spring 2020 graduates qualified for the seal, with four earning working biliteracy, the highest level. 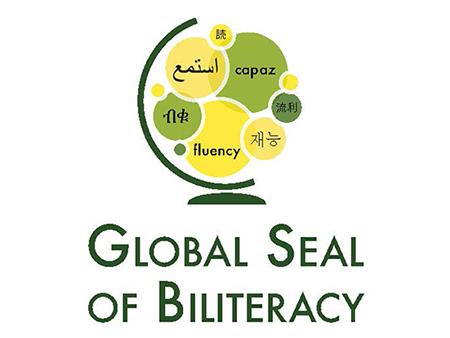 The University of Alabama at Birmingham is the first university in Alabama to award the Global Seal of Biliteracy, a national-level proficiency credential.

Students must take the Avant Standards-based Measurement of Proficiency assessment to qualify for a Global Seal of Biliteracy certificate, which has two levels: functional and working. Twelve of the College of Arts and Sciences’ Department of Foreign Languages and Literatures spring 2020 graduates qualified for the seal, with four earning working biliteracy: Meghan Ballard and Lincoln MacLean in Spanish, and Leah Perz and Martha Pudner in French.

This is an accomplishment to be commended, says UAB Associate Professor of Spanish John K. Moore Jr., Ph.D.

“This spring, we decided as a department to try out a more holistic measurement of language proficiency for our graduating students,” Moore said. “It is quite something that all of those completing the assessment, whether French- or Spanish-track majors, attained at least some measure of biliteracy, a full third of them at the highest level, working biliteracy. We are so pleased for these students and are proud of their level of achievement.”

The graduates received certificates featuring an embossed Global Seal sticker indicating their respective level of biliteracy. With this designation, they can claim a digital Global Seal of Working Biliteracy, which they may include on their online resumes via LinkedIn. DFLL student Abby Garver, graduating Aug. 15 from UAB with a dual French and Spanish bachelor’s degree, took the test in both languages the week before graduation and will know soon for which designation she qualified. 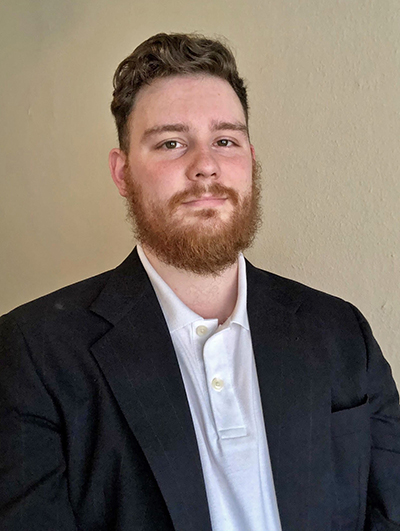 Lincoln MacLeanMacLean, of Huntsville, Alabama, graduated from UAB in May with a Bachelor of Arts degree in foreign languages and literatures with concentrations in French, Spanish and DFLL Honors. He entered UAB with a different major and a Spanish minor; during freshman year, realizing his lifelong passion for foreign language, he changed his major to Spanish. He later added French as a concentration and studied in Lyon in fall 2018. MacLean took the Avant language proficiency assessment before graduating and received working biliteracy for Spanish and functional biliteracy for French. Although those two were his concentrations, he loves learning all languages and took Arabic, German and Japanese courses at UAB as well, he says.

MacLean has worked at the UAB Computer Forensics Research Laboratory since January 2019, where he began as an analyst on a counterterrorism team and found his foreign language skills “came in handy.” Since then, he has worked on other teams such as Information Operations, where he is now the supervisor. He also recently began teaching English to Hispanic adults.

Being proficient in Spanish and learning it as a second language helps him teach, he says, because he can communicate with his students more easily and knows the difficulty learning another language firsthand. His career goal is to become a foreign language teacher and professor, but he believes that being bilingual is beneficial to any field.

Passing the assessment and obtaining the Global Seal of Biliteracy certainly looks impressive on a resume and will likely elevate one’s marketability in comparison to someone with similar skills who is not bilingual, MacLean says.

“However, I believe that even more important than a paper certificate is one’s own confidence in his or her language skills and ability to communicate with others,” he said. “During my four years at UAB, through the help of my professors and the countless opportunities in and out of the classroom to practice my language skills, I feel confident to pursue higher education in foreign language and to hopefully begin my career as an educator.”

Ballard, of Arab, Alabama, started at UAB as a psychology major and added a Spanish major after she started her sophomore year. Ballard also worked at the UAB Computer Forensics Lab, as a student analyst and translator on contract to look for and have taken down harmful, offending or inappropriate content on social media. She also started working at The American Association of Teachers of Spanish and Portuguese, based in Birmingham, which promotes the study and teaching of the Spanish and Portuguese languages and their corresponding Hispanic, Luso-Brazilian and other related literatures and cultures. Her role was mostly answering emails and calls in Spanish, but she was able to meet several influential people in the educational Spanish-speaking world and now has several connections for future job searches.

At her junior year’s end, she changed her career focus to work in the medical field, working on a clinical trial with a psychology professor. In January, she started working in the behavioral health unit at Brookwood Baptist Medical Center as a mental health technician and occasional translator for patients who know very little English. Her ultimate career goal is to graduate from the physician’s assistant program at UAB and work directly with the Hispanic population in a clinical setting.

Having another language on your resume in the job market is a skill that makes you stand out against other candidates, Ballard says.

“Knowing another language shows that you have the discipline and the patience to understand and accept another culture, along with showing respect to the native persons who speak the language you are learning,” Ballard said. “Knowing another language is like being able to do your job twice, once in your native tongue and again in another. A teacher once told me, ‘there is not a job in the world you will not get by speaking Spanish.’ I think that can be said about any language in any career field.”