The Montgomery Regional Campus of the University of Alabama at Birmingham School of Medicine launched today in an effort to stem a shortage of physicians in much-needed areas around the state and increase the ranks of primary care physicians in Alabama. This is the third regional campus for the School of Medicine — the others are in Huntsville and Tuscaloosa. 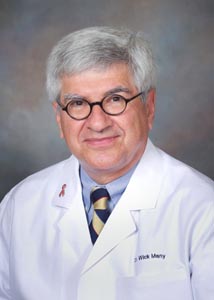 The new Montgomery campus, which will make use of facilities at Baptist Health, is a collaborative effort among UAB, Baptist Health and the city of Montgomery, and adds to the existing UAB Montgomery Internal Medicine Residency Training Program. Ten third-year medical students will begin taking classes in Montgomery in May 2014; in 2015 the incoming class size will expand to 20.

Most states in the country are dealing with a shortage of physicians. In 2010, Alabama had 3,230 primary care physicians, for a rate of 68.3 per 100,000 people, ranking the state 45th in the country, according to the Association of American Medical Colleges. The shortage is even worse in rural areas. In order to meet the needs of a growing and aging population, the AAMC estimates the country will need 45,000 more primary care physicians and 46,000 more surgeons and specialists by 2020.

“There is a dearth of primary care physicians in the River Region of Central Alabama, and the average age of doctors is over 50,” says Wick Many, M.D., former director of the Montgomery Internal Medicine Residency Program and the newly appointed regional dean of the Montgomery branch campus.

“We are extremely pleased to expand our class size and look forward to attracting even more highly qualified medical students,” says Ray L. Watts, M.D., senior vice president for Medicine at UAB and dean of the UAB School of Medicine. “We are especially glad to be working with Baptist Health and the leadership of Montgomery to bring a regional campus to their area.”

The new campus “represents an important component and priority of our primary care strategic plan and will have a major impact on health-care delivery in Central Alabama,” Watts says. “We see this as an important responsibility as we strive to provide the best health-care possible for the citizens of Alabama.”

Baptist Medical Center South has served as the primary supporting hospital for the UAB Internal Medicine Residency Program since 1995, notes W. Russell Tyner, president and CEO of Baptist Health. “We have developed a strong partnership over these years and the addition of the regional medical school will further support our commitment to medical education offered at our flagship hospital,” Tyner says. “The partnership aims to increase the qualified candidate pool of physicians that will matriculate into the internal medicine and family practice residency programs at Baptist Medical Center South. We are delighted to be a partner with UAB in expanding medical education and increasing the number of primary care physicians being trained in our state.”

“We are very pleased with UAB’s decision to create this program in Montgomery and we feel it will play a vital role in our efforts of physician recruitment and retention,” says Todd Strange, mayor of the city of Montgomery. “Seventy-nine percent of third-year medical residents cite geographical location and the lifestyle an area affords as their top considerations when evaluating a practice opportunity. Having both medical school training and residency training in Montgomery gives the River Region a clear advantage.”

The Montgomery campus will provide an option to stay closer to home for many medical students, Many says. More than 7 percent of medical students at UAB came from Montgomery and the surrounding counties; between 16 percent and 18 percent came from Southeast Alabama. “For these students, choosing the Montgomery campus could help ease their debt burden if they can live at home, and they’ll have more family support,” Many says.

The Montgomery campus is the realization of a dream by two lions of medicine, Many adds: Tinsley Harrison, M.D., longtime chair of the Department of Medicine at UAB, and J.J. “Jack” Kirschenfeld, M.D., a native of New York who was stationed at Montgomery’s Maxwell Field during World War II and remained in the city to practice medicine after the war. Harrison and Kirschenfeld started an internal medicine residency program in Montgomery in 1969 that eventually became part of UAB.

Both men, Many says, brought resident physicians to Montgomery for training and shared a vision for training students there. Many says the Montgomery campus will emphasize Harrison’s guiding principle to medical students: being a physician comes with a responsibility to give back to the community.

“There is a social-consciousness aspect of medical school that we will develop,” Many says. “Students have an obligation to give back, as it is indeed a privilege to be a physician.”