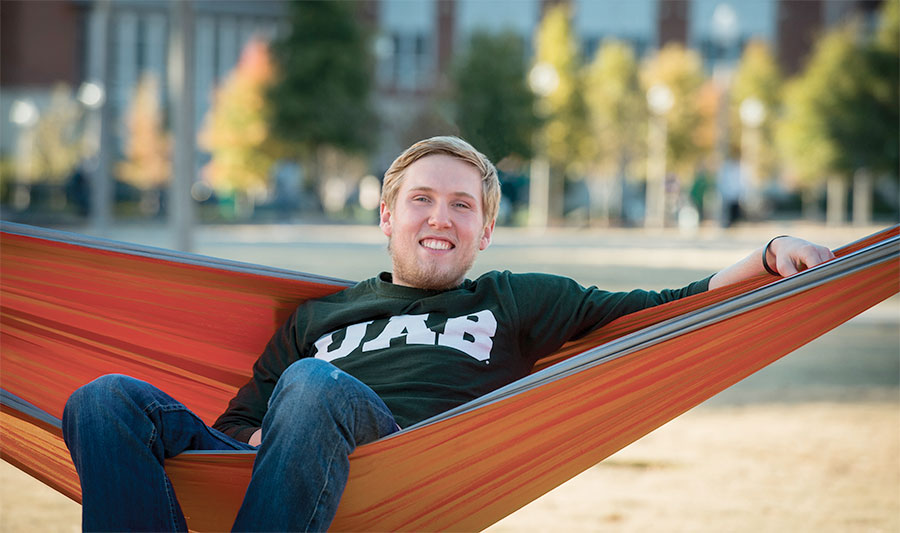 After four years as an undergraduate student at the University of Alabama at Birmingham and a childhood spent in Enterprise, Alabama, John Wesley Chancellor will leave Birmingham to teach science to high school students in Mozambique.

Chancellor was notified in March that he would be among a cohort of volunteers to immerse themselves in communities around the world for two years, working to improve the lives of people in need through service in the Peace Corps program. Chancellor adds to UAB’s footprint of more than 100 volunteers in the program’s history.

Growing up, Chancellor felt a strong call toward service, and leaving the world a better place than he found it — modeling himself in the footsteps of his parents.

“My mom is one of the most selfless people you will ever meet, and she really taught me the importance of putting myself second and others first,” Chancellor said. “Both of my parents allowed me to see the value in putting my time into service. Because of their example, I’ve known from a young age that I wanted to be part of experiences that allow me to give back.”

Chancellor, who will be putting medical school on hold to join the Peace Corps, saw this opportunity as a once-in-a-lifetime experience that would allow him to combine his passion for giving back with his science background as a neuroscience student in the College of Arts and Sciences’ Department of Psychology and the School of Medicine’s Department of Neurobiology.

“Even though I’ll be there to volunteer my time,” Chancellor said, “I know what I’ll be gaining from those I encounter along the way will provide me with so much knowledge and a perspective of a completely different way of living that I’ll come away from the experience with as much as, if not more than, I put into it.” 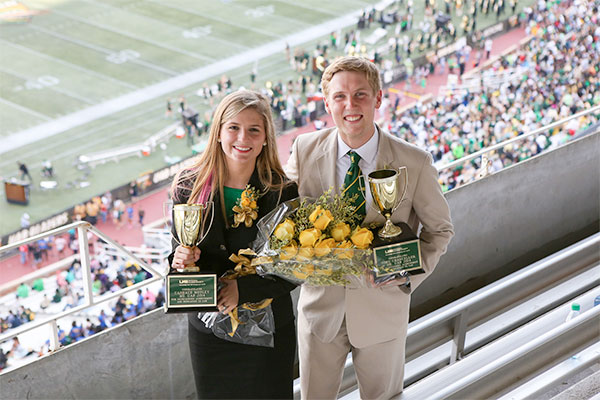 Chancellor as Mr. UAB 2014, with Candace Mosley, Ms. UAB 2014.At this point, Chancellor knows only that he will be entering into training for three months beginning Aug. 30, and will then travel to Mozambique, along with approximately 180 other Peace Corps volunteers, to teach biology and chemistry to eighth- through 12th-graders for the following two years. He was given no information about the specific location he will be traveling to, or the living conditions he will find in his new home away from home.

“There’s some trepidation in not knowing, because I’ve been fortunate enough to live here in the U.S., where there are certain living standards we are accustomed to,” Chancellor said. “The Peace Corps guarantees there will be certain necessities, such as running water within a certain distance. What we don’t know is just how convenient that running water will be, but that’s all a part of the experience, in my opinion — learning to embrace an entirely different way of life and putting myself in the shoes of others who live with far less.”

“I have experience doing missions work and traveling to Latin American countries, so that combined with my Spanish-language knowledge gave me the initial inclination toward serving in that part of the world,” Chancellor said. “Ultimately, however, I wanted to serve where I could have the greatest impact, and the Peace Corps wanted me to serve in Mozambique. It’s exciting to go somewhere I’ve never been before, and to have the added challenge of learning Portuguese — a language that is completely new to me — and embracing a culture I know very little about.”

An undergraduate experience built for success

Chancellor hopes to use this adventure abroad to inspire others following him to seek a variety of experiences that can help shape a well-rounded life perspective. He credits UAB with giving him a diverse background to help push him in the direction of wanting to learn more about and interact with other cultures. 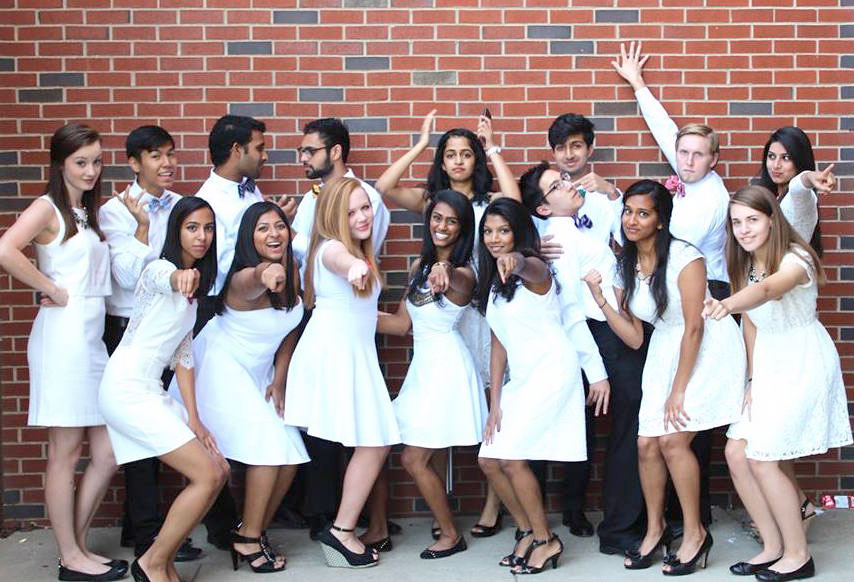 Chancellor with his Rangeela teammates. Rangeela is UAB's co-ed Bollywood Fusion dance team.“Many of my high school peers at the Alabama School of Math and Science set their sights on college at private institutions, and I was no different,” Chancellor said. “In truth, I came to UAB because the scholarship contributions made it the most affordable option. If I could tell my 17-year-old self what I know now, I would never have viewed UAB as the safe, in-state option. What I’ve gained here from involvement in activities to academics and lifelong friendships couldn’t be matched anywhere else. I know UAB has prepared me to embrace new things and different cultures, and to reach my highest potential as no other university could have.”

He was active in numerous organizations and held leadership positions in many, including serving as vice president of Tau Kappa Epsilon fraternity, district treasurer for Circle K International, president of the Student Alumni Society as Mr. UAB 2014 and coordinator for the Goin’ Green Orientation Leaders, among others. Chancellor was also a member of Rangeela, UAB’s coed Bollywood Fusion dance team, UAB ambassadors and the Undergraduate Student Government Association.

In the classroom, Chancellor pursued an academic path in the sciences, knowing his ultimate goal would be acceptance into medical school. He found the undergraduate neuroscience program after being recruited by the program’s founder, Carl McFarland, Ph.D.

“When I started at UAB, I thought I’d probably end up applying to medical school, so I majored in biology to start,” Chancellor said. “What I didn’t realize about UAB then was how many specified programs there are that tailor to your exact academic interests. Mike Sloane, the University Honors Program director, was instrumental in helping me find those specialized programs. Dr. McFarland then recognized my interest in understanding how the brain works, and recommended neuroscience as an option for me. I wouldn’t be where I am today without their guidance and individual attention to making sure I was as successful as I could be.”

Outside the classroom, Chancellor’s ties to service have been equally evident, from his time as an ACT tutor with the Birmingham Education Foundation at Woodlawn High School and a mental health and wellness coordinator volunteer for Equal Access Birmingham to volunteering as a Spanish translator for Cahaba Valley Medical Clinic.

Plans for the future

Once Chancellor returns from his service in the Peace Corps, he plans to re-apply to medical school and is interested in becoming a psychiatrist.

“I want to do whatever I can to help patients, because mental health problems shouldn’t keep them from a fulfilling life,” Chancellor said. “I hope to use my medical education to contribute to that field in some way that helps to fight the stigma that comes with mental health conditions.”

Beyond his professional aspirations, Chancellor plans to remain plugged into the UAB community.

“I’ll be serving as a graduate intern for the orientation leaders,” Chancellor said. “I want my legacy to be one of giving others the same opportunities I was fortunate enough to experience at UAB. It’s my goal to help as many potential and new students as possible see what I now know about UAB — that this diverse, vibrant campus breeds an environment of success, and can strengthen and empower you.”