After years of researching the SON gene, Erin Eun-Young Ahn, Ph.D., may have found the cause behind an extremely rare disease. 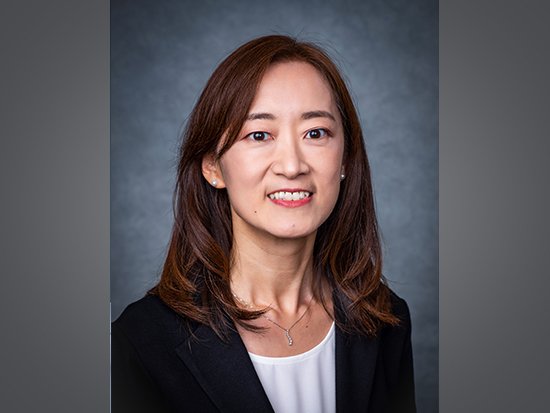 After years of researching the SON gene, Erin Eun-Young Ahn, Ph.D., may have found the cause behind an extremely rare disease.
(Photography: Nik Layman)Since the early 2000s, Erin Eun-Young Ahn, Ph.D., associate professor in the University of Alabama at Birmingham Department of Pathology’s Division of Molecular & Cellular Pathology, has been studying the SON protein and gene. The SON gene makes a protein, also called SON, that is required for the body to develop and grow normally. While Ahn is one of the world’s leading experts on the SON gene, she had no idea that her work would ultimately help determine the cause behind an extremely rare disease known as Zhu-Tokita-Takenouchi-Kim syndrome.

Ahn’s journey began in 2014 when a physician from California contacted her about a pediatric patient who suffered from developmental and intellectual disabilities. These included late milestones in language and cognitive processing. Ahn has published research showing that SON function is important in the RNA editing step, called RNA splicing. RNA delivers instructions to cells from DNA on which proteins to produce. The physician found Ahn’s postdoctoral research publication and reached out for help.

The patient underwent standard genetic testing panels and tests for gene mutations on known genes, which all came back normal. Finally, the doctors ran exome sequencing — a test developed in the last decade that can identify more undiscovered variants in an unbiased way. They found that the only gene mutation this patient had was in the SON gene.

“This was the first finding of this specific gene mutation in humans,” Ahn said. “We knew that SON is overexpressed in several types of cancer cells, but we didn’t know whether the mutations in the DNA sequence of the SON gene that cause ‘loss-of-function’ really existed in the human patient. It was really eye opening.”

Ahn made a case report on this single patient, showing how in cancer there is an overproduction of SON, and with an underproduction, there are developmental and intellectual delays like those present in the first patient. The journal to which she submitted the work suggested she locate other cases. With the assistance of a website tracking undiagnosed diseases and a database of gene mutations, Ahn found a few more incidents indicating DNA sequence changes in the SON gene. She reached out to those patients’ physicians and the involved researchers in the U.S. and Europe, finding they had the same symptoms as her original pediatric patient.

“We went from one case to five cases,” Ahn said. “And a few months after that, the information began to spread rapidly. Clinicians and genetic counselors started talking, and the information became international.”

Ahn’s group eventually analyzed clinical symptoms of 20 patients who carry mutations in the SON gene. They also conducted experiments using the cells obtained from the patients and demonstrated that an insufficient amount of the SON protein leads to defective RNA splicing in patients, which in turn causes abnormal brain development and metabolism. Their findings were published in the journal, American Journal of Human Genetics, in September 2016. The publication played a major role in designating this new disease caused by SON mutations as ZTTK syndrome.

Typically, the human body houses two copies of the SON gene, and Ahn found that those with ZTTK have one copy of the normal SON gene and one copy of the mutated SON gene. This mutation in the SON gene means that the body cannot produce as much of the SON protein needed for its cells to develop properly. This lack of cell development leads to the developmental and intellectual delays found in patients with this disease. There are currently no reported cases of mutations found in both copies of the SON gene, which suggests that mutations in both copies may be extremely detrimental to human development.

“The mutations show up during development but are not inherited from the parents, which is why awareness of the syndrome by clinicians is key to connecting patients with resources,” Ahn said. “They have to talk to their doctor and a genetic counselor and get the exome sequencing done to get the diagnosis.”

In her role as one of the world’s primary researchers on the SON gene, Ahn became a point of contact for patients and their families, connecting families all over the world. This led to the establishment of a Facebook group for the syndrome, which now has more than 245 members. Last year, several of the parents of children, together with Ahn, created the ZTTK SON-Shine Foundation that showcases personal stories of families learning how to live with this syndrome.

“We developed the ZTTK SON-Shine Foundation, because we wanted to create a sense of community among people affected by this disease so they do not feel isolated,” Ahn said. “This is a way that parents of children with ZTTK can help and share information with each other in hopes of improving the quality of life for every patient with ZTTK syndrome.”

In addition to connecting families with this challenging rare disease, the foundation hopes to spread awareness of the syndrome to clinicians in particular.

“One of the goals of the ZTTK SON-Shine Foundation is making a network of clinicians and researchers who can share their expertise to help the families affected by this syndrome,” Ahn said. “Exome sequencing reports typically indicate the results in scientific terms, but when patients receive those, they don’t understand what that means. So, I often provide the families with an explanation of what these genetic codes mean in layman’s terms, so that they can have a clear understanding. I am very grateful that I have opportunities to help the patients and families.”

Ahn is no longer alone in the study of ZTTK, but working with researchers across the globe on different manifestations of this syndrome in patients, from issues ranging from bone development to kidney function to metabolism and the immune system.

“We hope some part of our finding will contribute to a medical treatment,” Ahn says, “And we know our findings can provide them with information. We don’t know whether we can find a cure, but if we know more about how SON mutation affects patients’ metabolism, kidney issues, bone structure, neurological features, and immune system, we can do a lot for patient care and prevention and alleviate their symptoms.”