by Hannah Echols
Vacuuming, mopping, walking a pet or playing catch may be enough activity to avoid a stroke, according to a national study published in JAMA Network Online. 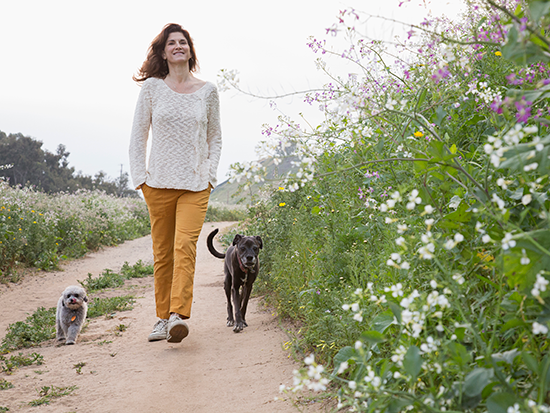 Vacuuming, mopping, walking a pet or playing catch may be enough activity to avoid a stroke, according to a national study published in JAMA Network Online.Stroke has been well established as a preventable disease, but it is the second most common cause of death in the United States and third most common cause of disability globally. Physical activity level has emerged as an important risk factor for stroke, but the amount and intensity required to prevent strokes has yet to be determined.

New findings from a national cohort study published in the Journal of the American Medical Association showed completing at least 150 minutes of moderate to vigorous aerobic exercise a week can reduce the risk of stroke, especially in older adults.

The report involved Black and white participants who were enrolled in the Reasons for Geographic and Racial Differences in Stroke, or REGARDS study, based in the University of Alabama at Birmingham School of Public Health. It was led by Steven Hooker, Ph.D., dean of the San Diego State University College of Health and Human Services, and featured contributions from Virginia Howard, Ph.D., distinguished professor of epidemiology at UAB and one of the REGARDS investigators.

More than 7,600 REGARDS participants age 45 and older wore a hip-mounted accelerometer, a sensitive motion detector that precisely recorded physical activity and the duration of sitting and inactivity: 2,407 were Black and 5,200 were white. The investigators followed participants nearly 7.4 years, and 268 had a stroke. The data comparison found those who were sedentary for 13 hours or more a day had a 44 percent increased risk of having a stroke.

“The findings are more potent because the activity and sedentary behaviors were measured with an accelerometer, providing substantially more accurate data than previous studies that relied on self-reported measures,” Hooker said.

Despite the significant increase in activity-tracking technology and apps that encourage physical activity, the Centers for Disease Control and Prevention reports only 23 percent of adults in the United States meet the weekly recommendations for aerobic and muscle-strengthening activity.

“In this report, we adjusted for stroke risk factors such as hypertension and diabetes and found that the protective benefits of physical activity persisted,” Howard said. “So, this means that more time being physically active, even at a moderate level, can help with stroke prevention as well as risk factor control.”