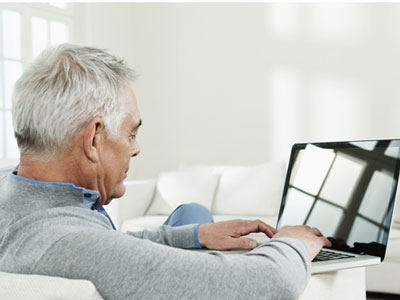 As more effective antiretroviral therapy has evolved over the past 30 years, HIV/AIDS has shifted from an acute to a chronic condition. But as patients live longer, research indicates that they are experiencing cognitive impairments at a higher rate than people without the disease.

A new study by researchers at the University of Alabama at Birmingham, published online Oct. 15, 2012 in the Journal of the Association of Nurses in AIDS Care, shows that cognitive training exercises can help — improving mental processing speed and the ability to complete daily tasks in middle-age and older adults with HIV.

“Today, more than 25 percent of people living with HIV in the United States are older than 50,” says the study’s lead author, David Vance, Ph.D., associate professor in the UAB School of Nursing, associate director of the UAB Center for Nursing Research and scientist in the UAB Edward R. Roybal Center for Research on Applied Gerontology. “Thirty to 60 percent of adults living with HIV experience cognitive problems at some point in the illness, a condition known as ‘HIV-associated neurocognitive disorders.’ It’s imperative for people with HIV and their treatment teams be proactive in addressing cognitive problems as they emerge, because without treatment these issues — which mimic premature aging — can lead to difficulties in working and living independently.”

In a pilot study conducted at UAB, 46 middle-age and older adults with HIV were randomly assigned to 10 hours of computerized speed-of-processing training or to no cognitive training. “Speed of processing” refers to how quickly a person can automatically perform simple tasks — such as assimilating information, comprehending relationships and developing reasonable conclusions — that require attention and focused concentration without really having to think them through.

Speed-of-processing training is essentially exercising the brain. In the UAB study, it involved subjects using a computer program to perform challenging activities designed to preserve, enhance or develop cognitive abilities. Researchers measured the cognitive function of each group before and after the study. The study utilized computerized brain-speed training from Posit Science for the experimental group. The UAB faculty on this study have no financial ties to Posit Science.

Speed-of-processing training has been studied extensively in older adults, Vance says. “These studies have shown that even as people age, computer-based cognitive training improves speed of processing, sustained visual attention, and complex reaction time. The goal was to see if the same held true for people with HIV-based cognitive issues.”

That turned out to be the case, Vance says. “The group that did the computer-based training showed significant improvements in visual processing speed and attention — an important measure of brain function — as well as in timed instrumental activities of daily living, which measure how quickly a person can do everyday activities, versus the group that did not use the computer-based training,” he explains.

In an exit survey, participants who did the computer-based training also indicated that they felt the training had improved their functioning moderately or better in mental abilities, memory, speed of processing and attention.

“This study shows people with HIV have non-pharmacologic options to consider that can improve cognitive functioning in areas that directly affect quality of life,” Vance says. “Based on this research, my team would suggest cognitive exercises to people with HIV who have noticed issues and who want to improve their brain health.”

Vance adds that even though this was a small study group, the findings are encouraging and that further studies about this type of intervention should include a larger sample of patients and compare different types of cognitive training exercises.

Neil Giuliano, CEO of San Francisco AIDS Foundation, noted that this may open new possibilities for taking on the cognitive issues that are a key component of addressing HIV and aging.

“By 2015, most Americans with HIV will be over 50,” Giuliano said. “This is an important pilot study, and one that merits further research to better understand the role addressing cognitive function can play in achieving better long term outcomes for older adults with HIV.”