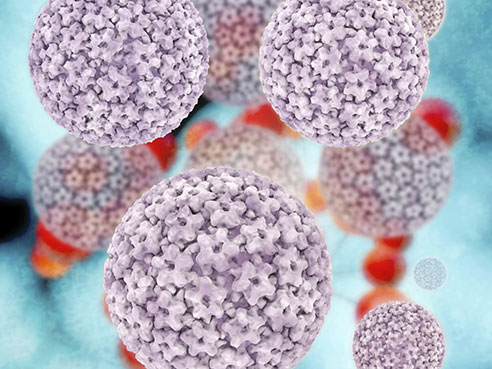 Health screens for cancer-causing infections like HPV can be challenging in developing countries, where residing in rural areas can result in limited access to health services. New research from the University of Alabama at Birmingham examined the prevalence of high-risk HPV in Nepal, and finds that one method of screening for it can be effective.

Sadeep Shrestha, Ph.D., associate professor in the Department of Epidemiology, is the senior author of the new study published to PLOS ONE that investigated HPV prevalence and screening methods in a remote district called Accham in Far Western Nepal.

Within a one-day health camp conducted at the Nepal Fertility Care Center, including main collaborator Pema Lhaki, Shrestha’s team gathered clinician-collected specimens, as well as self-collected cervical specimens. This was done to determine whether self-collected HPV samples were comparable to clinician-collected specimens as a form of screening among women with little or no formal education. Study first author Derek Johnson, a doctoral student in the Department of Epidemiology, stayed in Nepal for 18 months to help conduct the study.

Shrestha says their study determined the prevalence of high-risk, meaning cancer-causing, HPV was 9.6 percent among the women who attended the one-day camp, and at least 25 percent had abnormal cytology.

Shrestha says that a limited budget meant a limited sample size. However, this was the first HPV and cytology study conducted in a rural population in Nepal, so its results should be considered useful.

“The model of putting screening projects into existing health camps, coupled with a self-sampling approach to HPV, would be beneficial for the Nepalese government with its comprehensive screening plans,” Shrestha said.

The infrastructure for testing for HPV in Nepal is not fully developed, Shrestha says. These samples were tested in the United States, but Shrestha would like to see the development of better local testing facilities in Nepal to help improve the sustainability of routine HPV testing in the future.