by Jim Bakken
New strategies for acquiring objective data are in their infancy, and support for better tools is needed, say experts in the International Journal of Obesity. 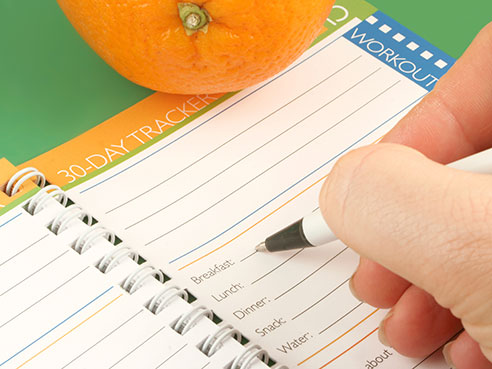 Asking patients to self-report their nutrition and physical activity is a common data-collection method used by obesity investigators. But a newly published expert opinion — signed by leading scientists and led by investigators at the University of Alabama at Birmingham — says this often misleading information can lead to disappointing research outcomes.

David B. Allison, Ph.D., Andrew W. Brown, Ph.D., and Madeline Jeansonne, MPH, of the UAB Office of Energetics, contributed to the paper “Energy balance measurement: When something is not better than nothing,” which was co-signed by 37 obesity researchers from around the globe and published in the International Journal of Obesity.

The core group of authors argues that self-reported totals of energy intake (EI) and physical activity energy expenditure (PAEE) are regularly used in health research, yet they repeatedly are shown to be so inaccurate that they should be considered unacceptable for scientific research.

Allison, associate dean for Science in the UAB School of Public Health, explains that most of the large-scale nutrition and physical activity surveillance conducted by epidemiologists and the government rely on asking people how much they eat and how active they are, resulting in self-reported energy intake and energy expenditure estimates.

“Using these self-reported values, researchers had concluded for years that individuals with more body mass were eating less food than thinner individuals, which is counterintuitive. Indeed, when using objective, scientific measurements instead of self-reported measurements, it turns out that larger people on average eat more,” Allison said. “Using the flawed self-reported values led to incorrect conclusions about physiology and the etiology of obesity, despite the large quantities of flawed data collected.”

The investigators reviewed previous studies of weight change that relied on self-reported EI and PAEE.

“We went through and looked at some of the strongest evidence that tends to be used to support use of self-reported EI and saw that there was little validity to these methods,” said Brown, a scientist with the Office of Energetics and the Nutrition Obesity Research Center. “Essentially, methods of self-reported energy intake and physical activity are not as accurate as they are assumed to be.”

The authors contend the scientific and medical communities should stop relying on self-reported EI and PAEE and develop objective measures of energy balance.

“Often people have the misconception that more data is better; but if we just have more bad data, we won’t come to correct conclusions,” said Jeansonne, a program coordinator for the UAB Office of Energetics. “Funding for more accurate measurements could give us better advances in knowledge.”

Allison adds that a focus on finding more accurate data-collection methods for EI and PAEE could aid in health-related policy, future research and clinical decisions.

“For too long, our field has accepted self-reported measures of energy intake, despite knowing that they are markedly inaccurate, with the justification being they are the best we have in some circumstances,” Allison said. “Nevertheless, ‘best we have’ and ‘adequate for scientific work’ are two different things.”

The authors say new strategies for objectively determining energy balance are in their infancy, and funding for these objectives and better tools are still needed.