Link found between estrogens and changes in heart physiology

by Jeff Hansen
This link suggests that pollutants in the environment that mimic estrogens may have a deleterious effect on heart function. 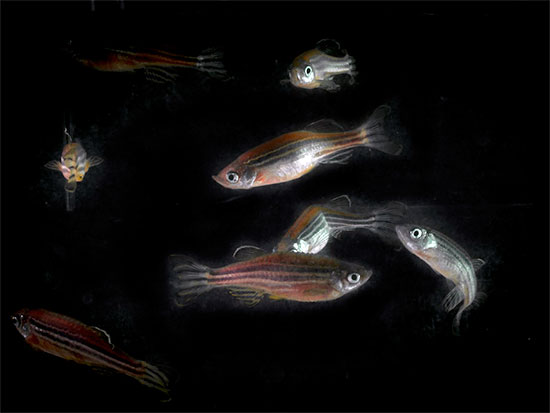 Estrogens are powerful hormones important for the formation and function of the nervous, reproductive and cardiovascular systems.

Xenoestrogens are environmental chemicals — both industrial pollutants and natural compounds — that mimic estrogens and may be toxic for human health.

Working at the University of Alabama at Birmingham Zebrafish Research Facility, Daniel Gorelick, Ph.D., assistant professor of pharmacology and toxicology at UAB, has created zebrafish mutants in four different receptors — found inside or on the surface of cells — that respond to estrogens, and he has used the mutants to help unravel a novel mechanism of estrogen action on heart physiology. Broader use of the mutants, he says, may have significant implications for studies of estrogenic environmental endocrine disruptors.

“Environmental compounds that mimic estrogens can be harmful because they can influence gonad function,” Gorelick said. “Our results suggest that endocrine disrupting compounds may also influence cardiac function.”

Through a variety of genetic and pharmacologic experiments, Gorelick and fellow researchers discovered a novel function for the G protein-coupled estrogen receptor, or GPER, in certain cells of the zebrafish brain — regulation of the heart rate in embryos. In this role, GPER appears to act autonomously, without the involvement of two other estrogen receptors found in cells, estrogen receptor-alpha and estrogen receptor-beta. Experiments to measure which cells in zebrafish embryos express GPER showed that the estrogen does not act directly on heart muscle cells; instead, it appears to activate GPER in brain pituitary cells to increase production of thyroid hormone T3, which in turn increases an embryo’s heart rate to normal levels. GPER mutant embryos have a reduced basal heart rate. 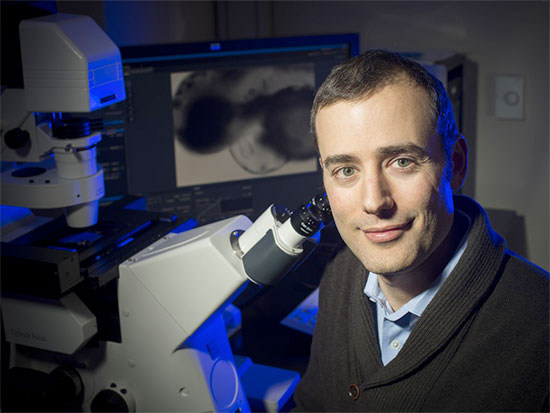 DEHP, or diethylhexyl phthalate, is a plasticizer, and PFOS, or perfluorooctanesulphonic acid, is a surfactant. Both have industrial uses, and both can be environmental pollutants that pose human health concerns.

Gorelick’s paper, published in PLOS Genetics, began through a chance observation. While studying the function of estrogen receptor-alpha in zebrafish embryonic heart valves, his research team serendipitously found that estrogen receptor modulators caused acute changes in an embryo’s heart rate. They then teased out the mechanism underlying this change.

Funding for this research came from the University of Alabama at Birmingham and from National Institutes of Health grants GM008111, GM008361 and ES026337.