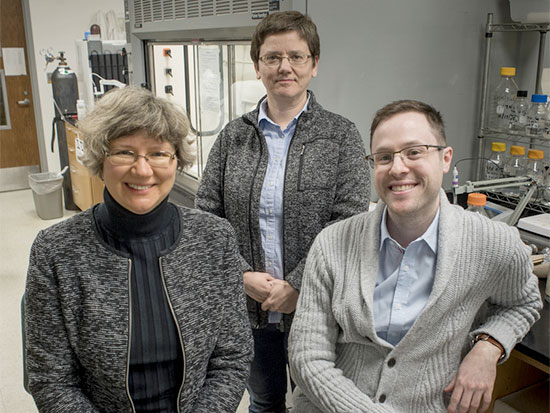 This may aid microcapsule survival in the body as the tiny polymer capsules carry a drug or other biomolecules, says Kharlampieva, associate professor of chemistry in the University of Alabama at Birmingham College of Arts and Sciences. The microcapsules may also find use in antioxidant therapy or in industrial applications where scavenging of free radicals is needed.

Reactive oxygen species play a Janus-like role in the body — they can be a weapon against pathogens when produced by the immune system; but excess production of reactive oxygen species during biological stress can damage human cells in diseases like diabetes, atherosclerosis, Alzheimer’s disease, kidney disease and cancer.

Current natural and synthetic antioxidants lack biocompatibility and bioavailability, and they are chemically unstable. This means they have a limited capability to scavenge reactive oxygen species. The new microcapsules do not show these limitations, and they may provide a way to locally modulate oxidative stress.

Kharlampieva and colleagues describe the construction and properties of these new microcapsules in the paper “Manganoporphyrin-polyphenol multilayer capsules as radical and ROS scavengers,” published in Chemistry of Materials, a publication of the American Chemical Society. Graduate student Aaron Alford and research associate Veronika Kozlovskaya, Ph.D., are co-first authors, and Hubert Tse, Ph.D., associate professor of microbiology in the UAB School of Medicine, is co-corresponding author with Kharlampieva.

The UAB researchers have previous experience making and testing biocompatible microcapsules with alternating layers of tannic acid and poly(N-vinylpyrrolidone), or TA/PVPON. The layers are formed around a sacrificial core, such as solid silica, that is dissolved after the layers are complete.

Tannic acid is a natural antioxidant, and the TA/PVPON microcapsules have some reactive oxygen species-scavenging ability. However, they lose that ability and begin to degrade with prolonged exposure to the oxygen radicals. 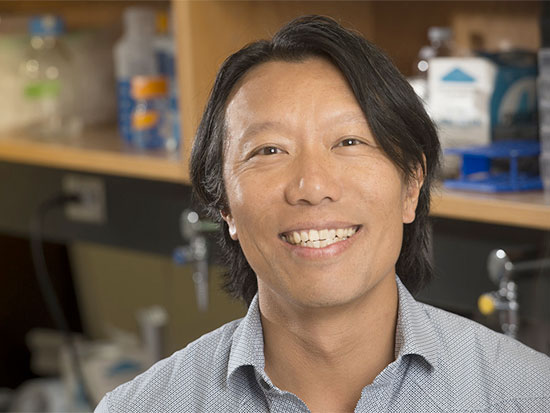 Furthermore, the manganoporphyrin was stably contained within the microcapsule without release, and researchers showed that both manganoporphyrin and tannic acid were required for the synergistic scavenging of reactive oxygen species.

Biological experiments with the MnP-PVPON/TA capsules are underway.