Coping with grief at the holidays

by Bob Shepard
A UAB expert offers advice for when the holidays can be a season of sadness. 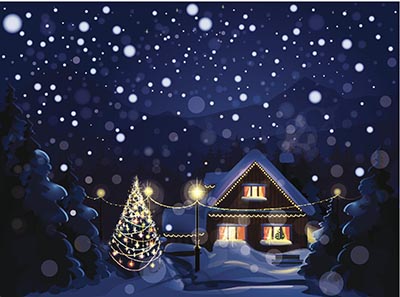 In an America shaped by Currier and Ives lithographs and Norman Rockwell paintings, the holiday season is supposed to be one of warmth, love and good cheer. For too many Americans, however, it can be a time of sadness and grief, says University of Alabama at Birmingham psychologist Josh Klapow, Ph.D.

“Personal issues don’t magically go away because the calendar turns to November or December,” said Klapow, an associate professor in the UAB School of Public Health. “Problems with relationships, jobs, finances or health can take on enhanced importance during the supposedly ‘merry’ holiday period.”Klapow also points out that events that shake the nation as a whole, such as the Sandy Hook school shooting, can also contribute to individual stress and anxiety. The first anniversary of that shooting, which left 20 children and six adults dead, falls on Dec. 14.

“The death of a loved one during the holidays can trigger strong feelings, even if the death occurred several years ago,” Klapow said. “In the case of someone who died recently, the holidays can take on a whole new meaning for their family and friends.”

Klapow offers four suggestions that can help ease those feelings.