Kunaviktikul reappointed as dean, Kaewthummanukul to serve as an associate dean of Chiang Mai University’s Faculty of Nursing
By Laura Lesley

University of Alabama at Birmingham (UAB) School of Nursing graduates Wipada Kunaviktikul, PhD, RN, FAAN, and Thanee Kaewthummanukul, PhD, RN, have been named faculty at Chiang Mai University in Chiang Mai, Thailand. Kunaviktikul has been reappointed to her fourth four-year term as dean, and Kaewthummanukul will serve as associate dean for research, innovation and academic services. 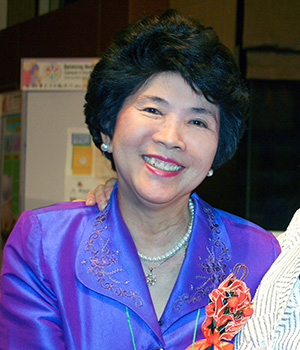 Dr. Wipada Kunaviktikul“The field of nursing education and administration, especially on the doctoral level and with regard to research, was still quite young in Thailand compared to other parts of the world,” Kunaviktikul explained. “This is why many Thai faculty members, like myself, pursued education abroad so we could learn the latest nursing theories, concepts, management and leadership, as well as different teaching and learning styles.”

“Several of our faculty members received their doctoral degrees at UAB, and many others their post-master’s and post-doctoral training,” Kunaviktikul said. “UAB has been so welcoming and nurturing to our faculty members and has played a vital role in the development and capacity building of our Faculty of Nursing.”

Kunaviktikul is still moved when remembering her positive experience at the UAB School of Nursing. 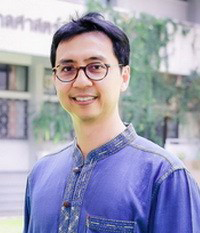 Dr. Thanee Kaewthummanukul“I remember the warmth and hospitality with which I was met. Everyone was so very kind and took such good care of me,” she said. “President McCallum, Dean Booth and so many others went to great lengths to involve foreign students in activities to allow us to learn about American culture and to make us feel truly welcome at UAB.”

During her next four-year term, Kunaviktikul hopes to use IT-driven strategies to strengthen Chiang Mai’s ties to UAB, particularly in distance learning to foster collaborative research and education opportunities for both schools.

“As Chiang Mai University is a research-oriented university, with around 80 percent of faculty members conducting ongoing research, it seems that research collaboration between our two schools would be a natural fit,” she said.

Kunaviktikul, who in 2010 was named one of the School’s 60 “Visionary Leaders,” is a World Health Organization Collaborating Center for Nursing and Midwifery director, credits her time at the UAB School of Nursing as a PhD student with making a lasting impression on her life and career.

“To this day, I still rely on the international professional network developed by my companionship with other foreign students, as well as faculty at UAB,” she said.
Read 9152 times Last modified on January 13, 2017
Tweet
Tagged under