As one of 163 worldwide, Hallman recognized for substantial contributions to emergency nursing
By Staff

University of Alabama at Birmingham School of Nursing Instructor Melanie Gibbons Hallman, DNP, CRNP, CEN, FNP-BC, ACNP-BC, has been named a Fellow of the Academy of Emergency Nursing (AEN). 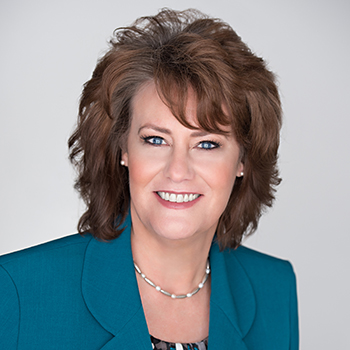 Dr. Melanie HallmanHallman, an Emergency Nurse Practitioner (ENP) who has been an active Emergency Nurses Association (ENA) member since 1988, will be inducted along with 15 others in the 2017 Class of Fellows on September 16 in St. Louis during the ENA’s Emergency Nursing Conference, bringing to 163 the number of AEN Fellows worldwide.

“I have had lights and sirens in my head since I was 12 years old when I was introduced to firefighting and emergency services by my uncle, C.G. Weeks, who was a Birmingham Fire Department lieutenant,” Hallman said. “This is the culmination of almost 40 years of my working experience, and I am elated to receive it. It is one of the highest honors ever bestowed on me in my professional career.”

In her career, Hallman has served in multiple emergency services roles, including paramedic/firefighter, nursing administrator and direct nursing service provider. She was instrumental in the development of the School’s Master of Science in Nursing (MSN) Emergency Nurse Practitioner (ENP) Subspecialty Courses and currently serves as ENP Subspecialty Courses Coordinator.

Hallman has also demonstrated leadership in many national, state and local emergency nursing capacities throughout her career including:

She is a four-time graduate of the School, earning her Bachelor of Science in Nursing (BSN) in 1983, an MSN degree as an Adult Health/Trauma Clinical Nurse Specialist in 1990, a second MSN as an FNP in 1995, and her Doctor of Nursing Practice (DNP) in 2012.

The AEN was established on Sept. 28, 2004, by the ENA to honor nurses who have made enduring, substantial contributions to emergency nursing, advanced the profession, including the health care system in which the emergency nursing is delivered, and provided leadership to the ENA and AEN.