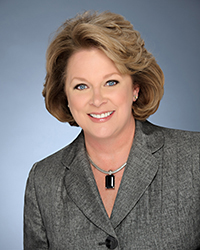 Positive Maturity’s Top 50 Over 50® honors individuals aged 50 and over who have demonstrated professional excellence and commitment to their community. The Birmingham, Alabama-based organization’s mission is to keep the aging population actively engaged in their communities and is a United Way partner and sponsor for Senior Corps programs through the Corporation for National and Community Service.

The UAB School of Nursing is ranked 13th in overall graduate programs, among the top five public schools of nursing in the country by U.S. News and World Report, and offers innovative bachelor's, master's, and doctoral programs, including the state’s only PhD in Nursing degree and a DNP degree offering BSN, MSN and Nurse Anesthesia Pathways; more than 10 specialty nurse practitioner tracks, advanced nursing executive majors in administration and informatics, and an Accelerated Master's in Nursing Pathway (AMNP) for students who already have one degree.
Read 6521 times Last modified on July 14, 2021
Tweet
Tagged under